How To Stand Out From the Crowd: Expert Hacks

Back in 2011, the news about the billboard with the one-liner “Save Me From Emigration” and a simple background of the most popular emigration countries took the web by storm. The job market along with the economic situation has changed, but the question of how to stick out from the crowd stays topical. Feilim Mac An Loimaire, Head of PR at Paddy Power and the man behind the idea that turned heads, told us all about the tactics and techniques you should consider during your job hunt.

When did you understand you had to take your job search further off the traditional routes?

It came out of frustration, I guess. I came back home from Australia and was looking for a job for about seven or eight months having very little luck. I kind of had an epiphany one day. I started asking myself what was wrong – I was visiting same websites as everyone else, I had a CV and a cover letter like everyone else, I approached same agencies… Everyone is getting the same information, so the question turned into how to stand out.

I thought the solution was to not just tell people about my skill set but to actually demonstrate it to them. It made sense especially because I wanted to work in a creative industry, specifically advertising. The billboard idea came spontaneously while talking to my friend. I jokingly said the only option I had left was to put up a billboard to ask for a job! By the time I parted with my friend, the idea settled in my mind. Once the concept was nailed, it was about execution. Back in 2011, emigration was a big thing and the media circulated the news frantically. I was on the edge of leaving the country myself, so it was my last try before finalising my decision. I managed to put everything together technically (photography, graphic design, etc.) with the help of friends and friends’ friends. The next step was convincing media owners to feature it. It took me two months to put it out there in the world and it all started from there. 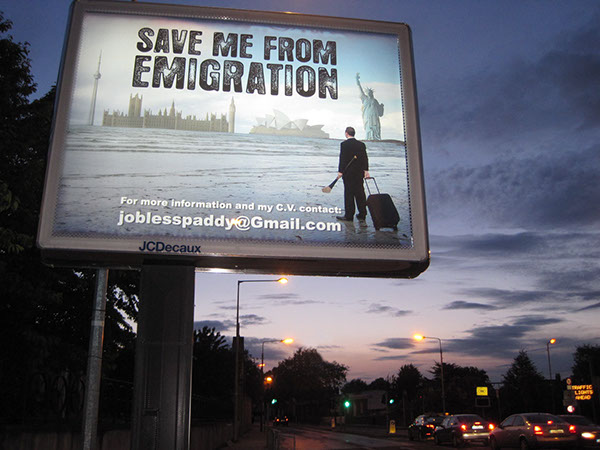 Would you change anything about your initial stunt?

Probably not, although I did deviate from the original plan. One of the main reasons for adopting the alias of Jobless Paddy was to remain anonymous and build intrigue before giving the campaign a second kick by unveiling myself as the person behind it. But on the day the news broke I was bombarded with interview requests and I decided to dump my original plans and just run with it. The first week was crazy and by the second week, I consciously started to control the hype as I literally had to go through a million and one job interviews which required my concentration.

Why did you choose Paddy Power?

A few things made me choose Paddy Power. Previously I worked in insurance sales which was a job I didn’t enjoy at all. Once I left it I swore to myself to never take a job I wouldn’t enjoy. There are two main things I told myself that I keep repeating to others: whatever happens, money shouldn’t be your main drive. Your job will take five out of seven days of your life every week, so make sure you enjoy it. Also, take the position where you will learn loads!

I saw the genuine interest from Paddy Power in me as an employee, not just a PR opportunity. I had an impression I would really enjoy working there and I wasn’t mistaken.

What is the best career advice you have received?

Well, before all this happened I grabbed the first job that came out of my way after graduating, which was an idiotic decision. It was 2006 and there were plenty of opportunities but I somehow ended up taking the very first offer I got. So, I stayed there for three years and genuinely didn’t enjoy it. It’s difficult to know what you actually want to do right after graduation, so deriving from my experience my advice would be to avoid doing something that you don’t enjoy.

Life is simply too short to waste it in the wrong job.

You are an example of how a can candidate successfully cut through the noise. What are some other ways of getting in front of the employers?

There are plenty of ways of getting yourself in front of potential employers without falling into “extreme measures”. It’s relatively easy today. Try to showcase your skills as much as you can. Use the digital space (such as a blog, portfolio, other resources to put up your work, etc.) to communicate your abilities to the employer. Show, don’t just tell – the times of static CVs are gone. And I think Jobbio are doing a great job in this medium.

What are the questions you ask yourself whenever it feels like motivation is floating away?

Well, this happens all the time. At Paddy Power we are highly trusted and given our own time to go through stuff. Whenever that feeling kicks in, I try to park all the monotonous daily tasks for a while and do what I enjoy the most. I get my mind around the project that excites me. It gives a fresh boost to my motivation and keeps me interested in exploring new ways of working. You’ll be facing these moments at any job, but it’s the attitude that’ll help you overcome those slightly less exciting times in your career. 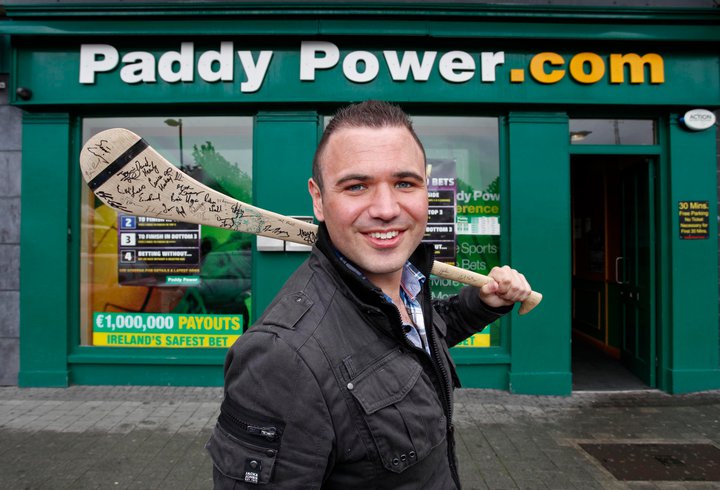 Feilim is currently Head of PR at Paddy Power

Any inspirational figures/resources that motivate you?

Ryan Holiday of American Apparel is great. Anyone interested in marketing should definitely check out his books. I am also a big fan of Robert Green who wrote The 48 Laws of Power.

What is your top tip for anyone looking to land a promotion?

We all have remits and structures that we are supposed to follow but if you can pitch and take ownership of a project that’s where you can really show off. As well as prove that you are capable. Be good in day-to-day activities, nail them and once you do, push for more responsibility.

How can a company retain its top employees?

One thing Paddy Power has always been great at is empowering its employees. They expect a lot from their employees but they also give a lot of room for development. You can keep your top employees by giving them the power to use their skills and make them feel they add value. For managers it is important you don’t just delegate admin work to your employees (no matter what their level is) but give an actual responsibility. You can make people feel important by involving them in the big-ticket projects.

What is your advice for staying motivated while job hunting?

I was lucky to have great support from my friends and family when I was job hunting. Looking for a job can be extremely frustrating so it is important you let off some steam from time after time. Get involved in other things like community projects, for instance. Try to keep yourself busy, even contributing to small projects will help you boost your confidence and overcome pre-interview anxiousness.

What is the one thing no ones knows about you?

I can eat three cream crackers under fifteen seconds.

Your favourite thing about Dublin?

Oh, Ranelagh and its food options…

Connect with Paddy Power and start building your career now

The Hiring Market Has a Gap Shaped Just Like Jobbio

The Hiring Market Has a Gap Shaped Just Like Jobbio