A Day In The Life Special At Sweeney’s Garage

By Aoife GearyDecember 22, 2016Day in the Life Series

The atmosphere at Sweeney’s is not that of a typical garage – if there’s such a thing – it’s warm, welcoming and lacking a machismo that is stereotypically associated with such an environment. Greig Sweeney is the man behind the operation, business owner, customer service leader and tea maker extraordinaire. In 2012 his taxi company went into liquidation and he was forced to rebuild what is now Sweeney’s Garage. Today he heads up two garages with another three in his sights for 2019. He shared his experiences on surviving recession, building a strong team and modern hiring in a traditional industry. 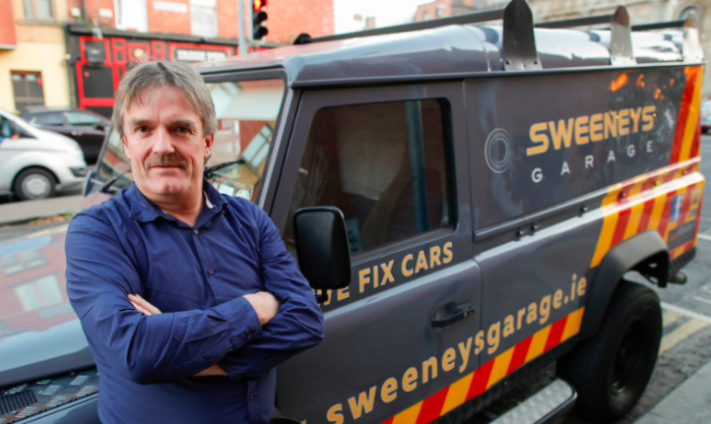 What do you look for in an employee, what qualities are most important?

Integrity, honesty, willingness to work hard and ability to treat it like their own business. Ash (lead mechanic) in particular has a real investment in the business, he’s with me 10 years now. When 2012 came and we were destroyed, I said to him, if you stay with me and help me build myself back up, I’ll give you some of the business and last year I did. He is now a director of Sweeney’s Garage and he owns 10% of the business. That, if you like, is the reward for his loyalty and his general attitude to life.

How do you look after the rest of the team here?

We’re trying to build a company that is going to attract every mechanic in Ireland to come work with us. For example the managers here, Kevin and Ash, they have access to my holiday house down in Connemara and I give them things like money for petrol for their car, mobile phones and bills.

So even though I can’t pay them the big salaries, I hope I give them lots of perks! I try to give them things that are meaningful.

Ash is from Mauritius, so when he goes home every 2 or 3 years we let him go for a month. If you can find out what’s important in someone’s life and you can build your company around that, you should end up with an amazing company.

What advice would you give to mechanics starting out?

The same advice I’d give to anyone. Find a job you love and you’ll never have to work a day in your life. Simple. 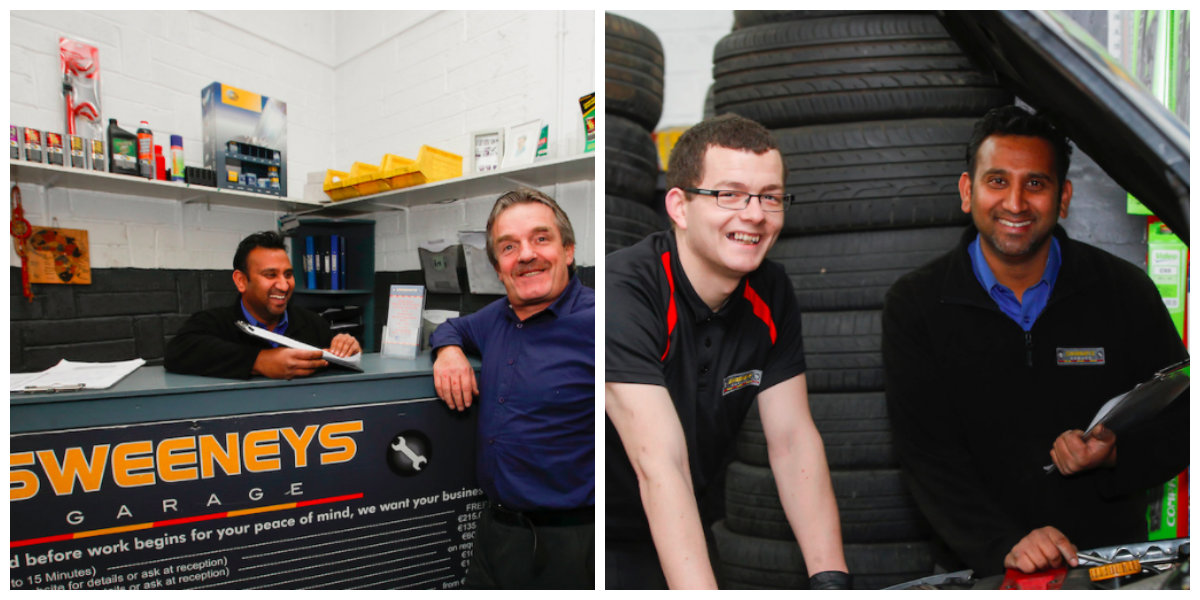 Join the team at Sweeney’s today.

Is that the case for you?

Yes! I’m 54 and I’ve never once woken up and not wanted to go to work. I wake up and I think “fuck I have to stay in bed another hour”. I want to get up and I want to go. I’m fired up.

What’s your proudest moment in business?

I’ve lots of them… Probably right now, that I still have a business. For anyone who was self-employed 2009 to 2013 was horrible!

What you’re really doing is questioning your own ability so the fact that I’m still here is a big achievement for me. When we went to open up Sweeney’s Garage in Tallaght, everyone said “are ya mad putting yourself through that again?” but that’s the way I am.

How did you stay determined?

Great family, great people behind me. It’s a terrible thing when you’re self-employed and you lose everything then you really lose everything! It’s important to have that support around you. The people who work in the garage and the people that come into the garage, they see you, they believe in you. 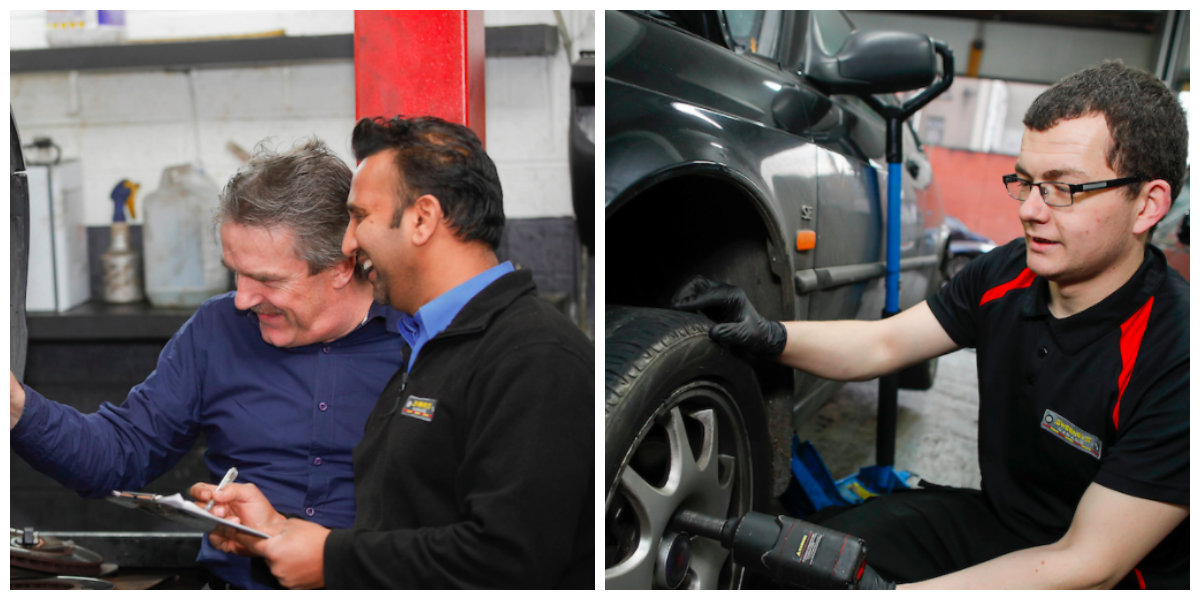 What’s the biggest misconception people have about mechanics?

That they’re dishonest. Mechanics do an important job but the motor trade worldwide does not have a good reputation. We want to change that. We want you to walk out of the garage not necessarily happy with a €500 bill but understanding why you have to spend it and knowing that you’re being told the truth.

Why do you think it’s difficult to get staff currently?

I think for teenagers now there’s an emphasis on third level education and there’s no talk about apprenticeships. Even though 30% of students leave college after the 1st year. Parents should be encouraging their children to look at trades, especially when they have a natural ability. My father was a solicitor by trade, he came to me when I was 16 and said I was always playing around with bicycles, since I was a baby and always messing around with light boxes for making lights flicker, would I like to leave school and go and do an apprenticeship? I did! I left school when I was 16, I was fully qualified at 20 and I opened up my first business at 21.

What do you see changing about Sweeney’s Garage in the next few years?

Think you’ve got what it takes to work with Greig & co.? Check out their live roles here.