In case you haven’t heard, we’re putting on Jobbio HIGHER, a careers event like no other. As we count down the days to the 28th of September, a thought came to mind. How do we make networking at Jobbio HIGHER better for our attendees?

A Twitter chat is where a group of Twitter users gather at a pre-determined time to discuss a specific hashtag, using a designated hashtag. A host or moderator (in this case, @Jobbio), will send out question tweets (marked by Q1, Q2…) and participants answer them (using A1, A2…)

Essentially, a Twitter chat is a networking event, but one you can do in your pyjamas if you so choose, and with your chosen digital device.

To get the most out of a Twitter chat, you should go beyond just submitting your responses. Twitter chats are all about engaging with other people. Reply to others, like their tweets and retweet your favourite responses. Think of your Twitter activity as snaps at a slam poetry night. 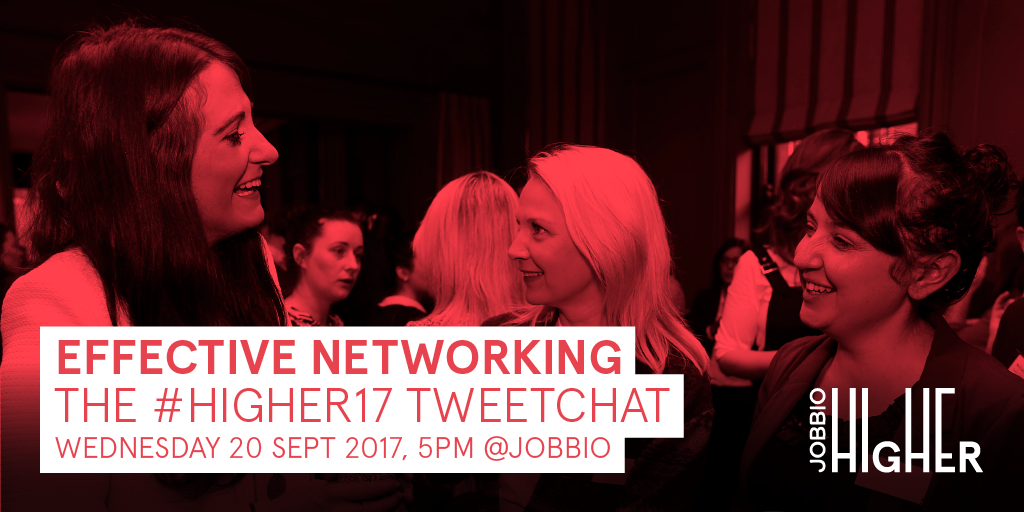 What will we be talking about?

The chat topic will be ‘Effective Networking’. Prepare your answers for these questions:

Q1. (This will be a surprise icebreaker question)

Q2. Do you think networking is compulsory for career success?

Q3. Tell us about your best networking moment.

Q4. What is the best way to follow up after making a connection at a networking event?

Q5. What’s your top networking tip for those who want to get better at it?

Who can take part?

The short answer? Anyone with a Twitter account! This is a Twitter chat designed for #HIGHER17 attendees but we’d love to hear from anyone who wants to chat about networking.

We welcome anyone looking for advice, anyone keen on sharing their wisdom and anyone who needs a place to speak their mind.

How can I get involved?

The simplest way to follow a Twitter chat is to tune in at 5pm on 20th September 2017, and  search for the hashtag #HIGHER17 on Twitter, and filter them by ‘Latest’.

Another great tool is Tweetchat, which lays out any Twitter Chat hashtag in an easy-to-follow-and-engage layout.

What are your top tips for having a great Twitter chat?

1. Always use the hashtag! Otherwise your tweet will get lost in the Twitter void, and we won’t be able to see it. (It’s #HIGHER17 – just in case we haven’t said it enough!)

3. Reply directly to a participant if you want to have a one-on-one conversation.

4. Be respectful and positive – this is a safe space, after all

5. We love a good GIF, so throwing some of them in the tweets won’t hurt. 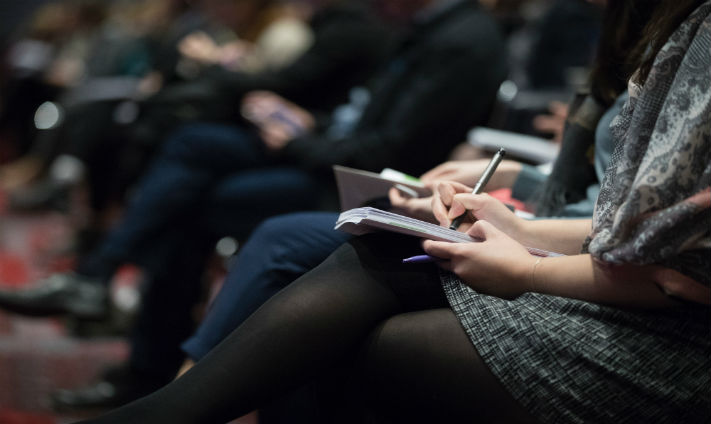 What’s The One Question Candidates Should Always Ask In An Interview?

What’s The One Question Candidates Should Always Ask In An Interview?