Welcoming the Class of 2016

A recent study conducted by the Union of Students in Ireland found that 76% of graduates are worried about finding a job. To help tackle this problem, we partnered with USI to bring AfterGrad, a Graduate Careers Fair with a difference. Held on April 13th at the Dublin Castle, the event aimed to provide young Talent with the skills and tools they need to successfully transition into the workforce and begin their careers.

Jobbio’s role was to facilitate face-to-face connections between students and some of Ireland’s most exciting companies, so we invited Ryanair, Uber, Nursebuddy, Jameson, and the Bank of Ireland to join us at the event. To help differentiate their incoming graduate Talent from general applicants, Ryanair, Jameson, and Bank of Ireland now have separate Graduate Bios on Jobbio. Not only does this provide a more efficient management system, but this also allows the companies to better market their different positions. 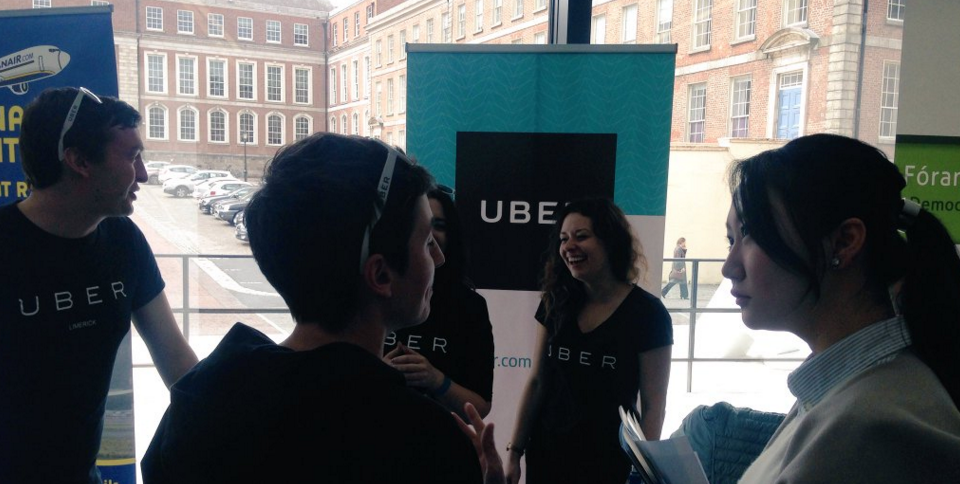 Although we were unable to offer more companies a physical presence at AfterGrad, many were still digitally represented through our Jobbio Grad Collection. This Collection was shared in all Jobbio and USI marketing during and before AfterGrad, ensuring that all the companies could benefit from the traffic that was being generated by the event.

Plenty of buzz was generated around AfterGrad: two days prior to the event, Jobbio’s CMO Grace was interviewed on The Last Word with Matt Cooper regarding the event and gave a shout out to all the companies that were attending with Jobbio. The radio show has an estimated 157,000 daily listeners. On the day itself, AfterGrad was the No. 1 trending topic on Twitter in Ireland, reaching an estimated audience of 1.2 million. The event was covered by national media, including FM104, Newstalk, and 98 FM.

Not only was Jobbio heavily involved in the planning and marketing of AfterGrad, but we also led upskilling sessions and panel discussions during the day. Grace spoke on a panel about Career Changes alongside Brian Nolan from Nobo and Jamie Macken from Livewire. All three shared their journeys and discussed the merits and drawbacks of making a significant shift in career. Grace left her dream job in advertising, an area that she had been aspiring to work in since she was only 15, to pursue a different challenge. This led her to discover a new passion in startups and in Jobbio specifically. 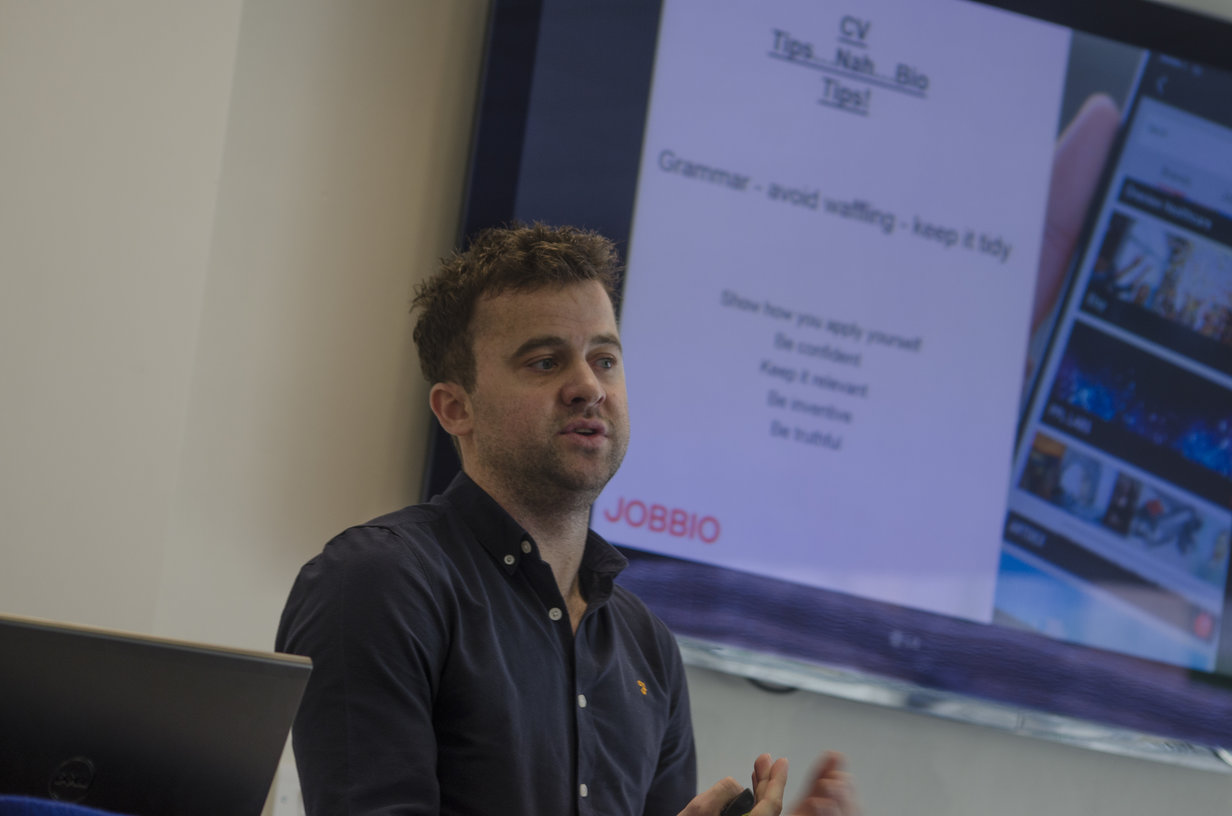 Our Head of Business Development, Andrew, did a workshop with Talent educating them on how to successfully create a professional online presence. Because the Class of 2016 are digital natives (Facebook was founded when they were only 10!), sharing their personal lives on social media comes naturally. However, this also has a downside as the boundaries between personal and professional are often blurred. To help make this distinction, Andrew gave Talent advice on how they can position themselves in a professional manner while still maintaining their personality online.

Finally, our team of Talent Fairies were on hand to meet lots of students on the day, and gave out helpful tips on Bio building and how to get the most out of Jobbio.

It’s not long before the Class of 2017 get behind their desks and start the beginning of an academic year for the last time in September and October. Many of them will still be unsure about what the future holds, both a scary and exciting prospect. Why not alleviate the stresses of the graduates, and start sharing your opportunities with them early on? With Jobbio, you can create a unique Graduate Bio in order to start growing your Talent pool, which you can dip into next year. You’re sure to be set up with the cream of the crop!

If you are interested in using Jobbio to promote your Graduate Programmes, please get in touch with andrew@jobbio.com. 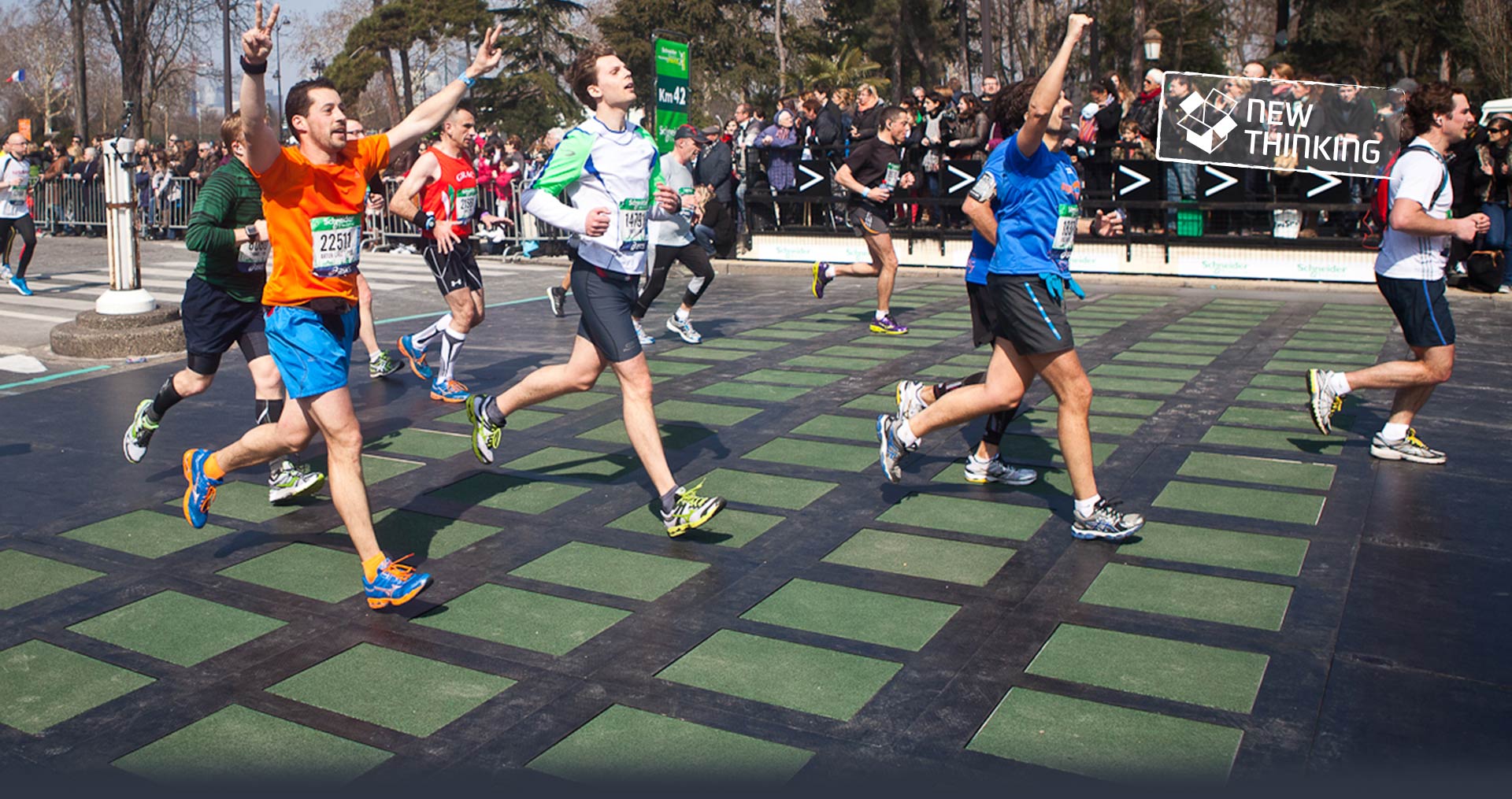