By Alice MurrayJanuary 11, 2018For Companies, For Talent

Did you hear about the company that takes their workers on a free trip to San Fran during their first week? No? You better keep reading.

As the race for talent heats up company’s need to up their game. Its simply not enough to provide a new employee with a company laptop and a desk on their first day. Here are just some of the amazing onboarding perks that the world’s top tech companies are offering.

Buckle up for boot camp

Etsy puts all new employees through their paces at their one of a kind bootcamp. During the camp, all new starters rotate through every team in the organisation.

Naturally, they spend a week with the team that hired them. After that, they spend four to six weeks with various other teams so that they can become fully immersed in the company. Well, at least you’ll be able to learn everyone’s names.

It’s no surprise that Twitter has a fairly elaborate onboarding policy in place. When a new hire accepts a job offer Twitter begins the ”Yes to the desk” procedure. This is basically a 75 step process which covers everything from handoffs to setting up email addresses.

When a new hire arrives at their desk on Monday morning they are greeted with a Twitter t-shirt and a bottle of wine (happy days!). They also have monthly happy hour drinks on Fridays for new employees as well as staff lunches.

Social media company Buffer has a fully distributed team which means that they don’t actually have a central office. All of their staff work remotely which poses its own challenges for onboarding.

Each new hire is given three ”Buddies” who play different roles in their six-week onboarding; a Leader Buddy, a Role Buddy, and a Culture Buddy. New hires are introduced to their buddies before they start and frequently communicate with them throughout their ”boot camp experience.”

Pinterest has offices all over the world. Despite this fact, all newbies are brought to their San Francisco office for their official onboarding.

Before new hires arrive, they receive an introductory email with their schedule and are given the opportunity to introduce themselves to the company. All new hires met for breakfast on the first day before taking part in icebreakers.

New recruits are encouraged to take part in ”knitting” – a Pinterest term used to describe collaborating with people and seeing things from a different point of view (so you can leave your needles at home!).

Every week Microsoft holds New Employee Orientation or NEO for new hires. At the NEO the company runs through things like health insurance, holiday time and IT protocol. Of course, there are a few cringey icebreakers thrown in for good measure.

Most Microsoft starters are assigned a mentor who will be your go-to person if you have any questions. They really encourage an inquisitive culture so there’s no such thing as a dumb question (within reason). 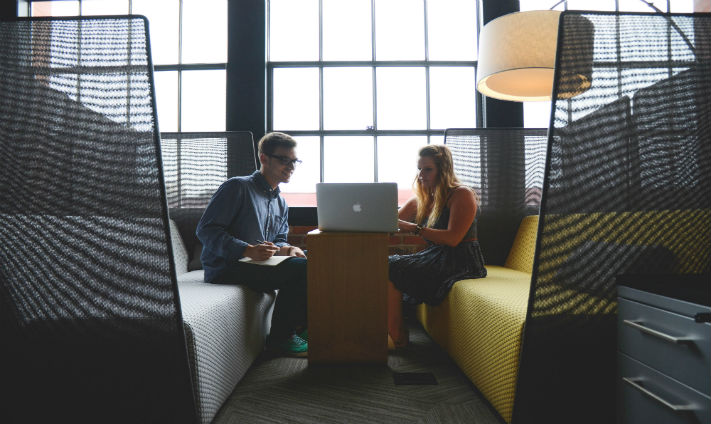 When You Should Interview For a Job You Don’t Want

When You Should Interview For a Job You Don’t Want