By Alice MurrayFebruary 18, 2019For Companies, For Talent

Not many people manage to turn their passion into their career. When stunt driver Michelle Westby was offered the chance to pursue driving full-time she jumped at the chance.

We caught up with Michelle to find out how she landed her dream career and how she handled her disappointment when it was subsequently taken away.

What did you want to be when you were younger?

How did you get involved in driving?

”I started really late, unlike other people.  I don’t have a family with a motorsport background so I had no idea where to start or what I should do. I started watching Formula 1 when I was a kid. It was something I loved but back then I never thought I would get the opportunity to even try it.

”I got offered a job at a drift event as a grid girl. That’s where I saw drifting for the first time.  Straight away I thought it was the most phenomenal thing I had ever seen. It was spectacular! I really wanted to give it a go.

”Someone said to me if you’re serious about it book an experience day. So I booked that and was hooked from there on.” 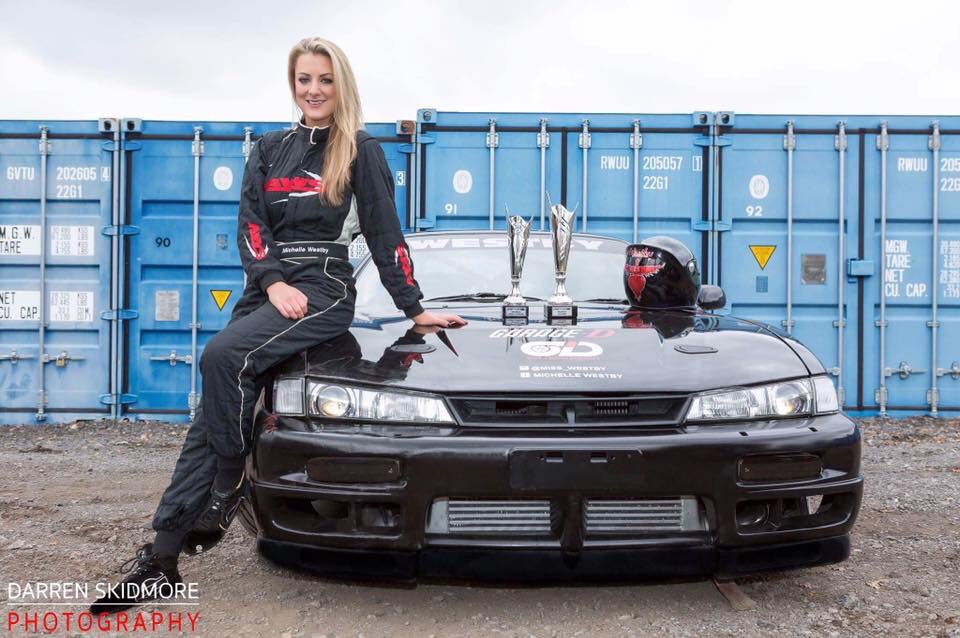 How did you fit your passion around your everyday life?

”I was only about 23 years old. I was working 7 days a week to afford 5 drift days a year. It was around that time that someone said to me that they were really happy with how I was progressing and maybe I should enter some competitions. I pushed myself to do that. Because not many girls compete my name got out there pretty fast which was good for me publicity-wise.”

How did it turn into a full-time career?

”I got asked to do drift demos at Santa Pod Raceway. I ended up doing that for four years. The crowd loved it and I got great feedback. From there I got a call to audition for Fast and Furious Live because they had spotted my demo.”

Was working on the show everything you imagined it to be?

”It was because I always think realistically. I went into it knowing the hard work and the travel involved. The only thing I regret was that I didn’t enjoy it more. The training was very difficult. I put a lot of pressure on myself. We had to learn choreography which I’ve never had to do before. It was stressful but enjoyable at the same time. We were a small team, it sounds cheesy but we were a family.” 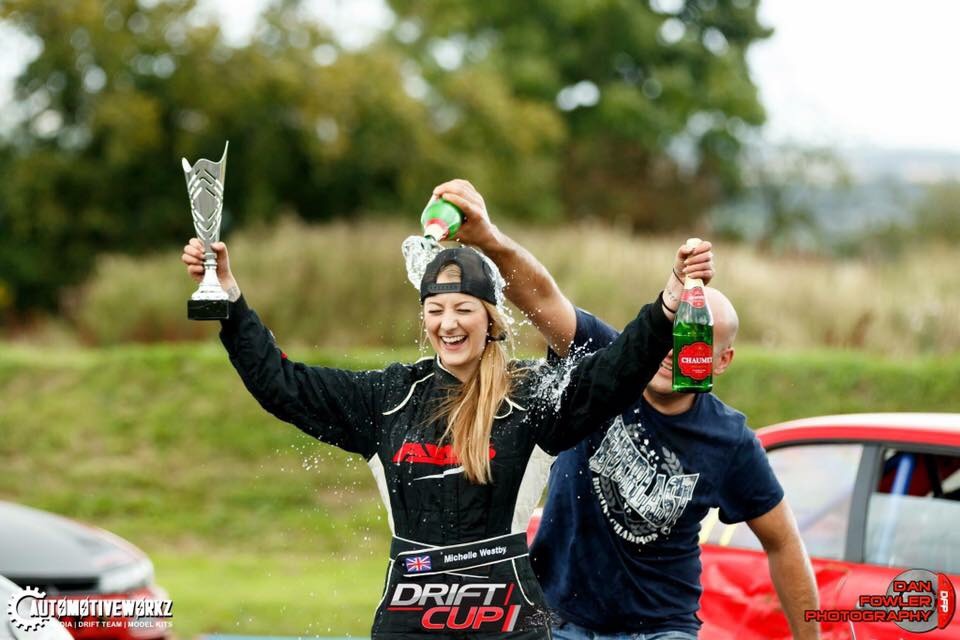 What was the biggest misconception people had about your job?

”Everyone thought the travelling was great but unfortunately, we didn’t really have time to venture out of the venues. We would get there, unload the cars have full-on shows for three days and then fly home.”

Was it hard to get a good work-life balance?

”Definitely! Within that year I missed a couple of friend’s weddings and babies etc. You do make a lot of sacrifices for a show like that. I have no regrets and I had the time of my life but even on the days we came home we were all absolutely exhausted.”

How did you handle the news that the show had gone into administration?

”We were all heartbroken. It was a big surprise. We were supposed to be having a 6-week break and I got the call to say that the show had gone into administration. My dream job literally just ended overnight. It was gutting. I don’t think any of us have got over it yet.

”I’ve taken some good from it. I’ve decided this year that I’m going to try different disciplines. I’m doing my first drag race and first track day. I’m going to do vlogs on how I improve and show people how they can get into it.” 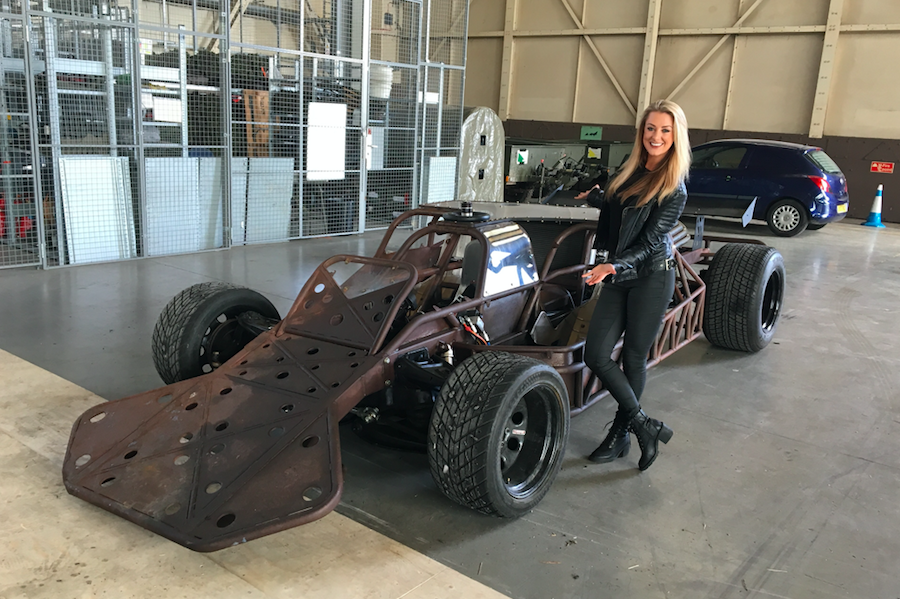 How have you overcome negative pushback in your career?

”I had quite a few people try to warn me off it at first. People said, ‘It’s an expensive hobby, you’ll never be able to afford it.’ All that did was make me want to try harder. You have to put in the work to get the outcome.

”Because I’ve gained a following through stunt driving I now get girls messaging me all the time asking how they can start and telling me that I’ve inspired them. It’s great because back when I started out I didn’t know how and where to find the information.”

Are more women joining the sport?

”100%! When I started out 7/8 years ago it was almost unheard of. Now I’m seeing a lot more females in all the different areas of motorsports. It’s amazing to see. I definitely think there could be more though.”

What are the main skills you need to become a stunt driver?

”You need more focus and determination than anything. You’re always learning from your mistakes. Everyone gets frustrated but if you’re the kind of person that doesn’t give up then it will click. It’s more about a mindset than a skillset. Anyone can learn to drift or race if they don’t give up.” 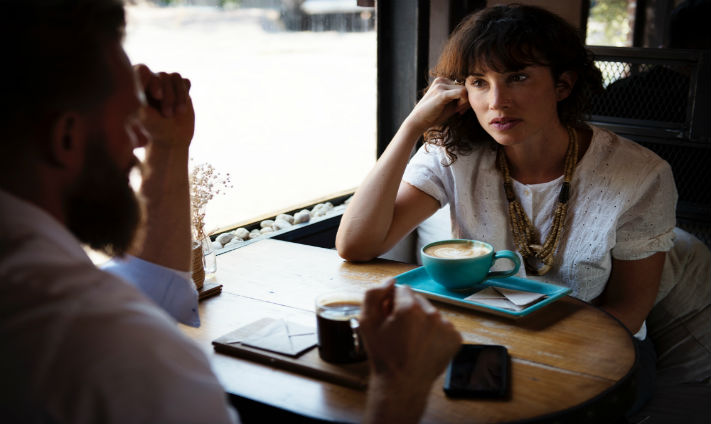 The Secret to Being Successful at Resolving Office Conflicts

The Secret to Being Successful at Resolving Office Conflicts