Ross Parkhill on Starting a Festival and Life as an Entrepreneur

By Alice MurrayOctober 5, 2017For Companies, For Talent

Lots of people dream of starting their own festival, but Ross Parkhill was able to turn that dream into a reality.

The budding entrepreneur is the co-founder of Stendhal Festival of Art in Limavady. The festival, which is now approaching its eighth year, has seen some impressive names like Frightened Rabbit and Sarah Pascoe take part.

This year, they had their biggest ever crowd in attendance with 6,500 people turning out to party at Ballmully Cottage Farm.

We caught up with Ross to find out all about Stendhal and his plans to create a new children’s festival, ArtsAbyss.

How did you come up with the idea for the festival?

I went to Glastonbury at the age of 20 in 2003. I had no interest in music or the arts before going. I just went because my mates were going and my eyes were opened to this whole other world. I realised that I wasn’t exposed to the arts that much living in a rural area.

The whole concept behind Stendhal is to start a creative capacity in our region. We wanted to develop an event that not only was a platform for artists but also let our audience see a range of stuff that they might not necessarily be into and expand their horizons.

As part of that, the festival has always been very family-friendly. It’s cheaper for two adults and four kids to come than it is for two adults for example. That gives it a nice vibe. 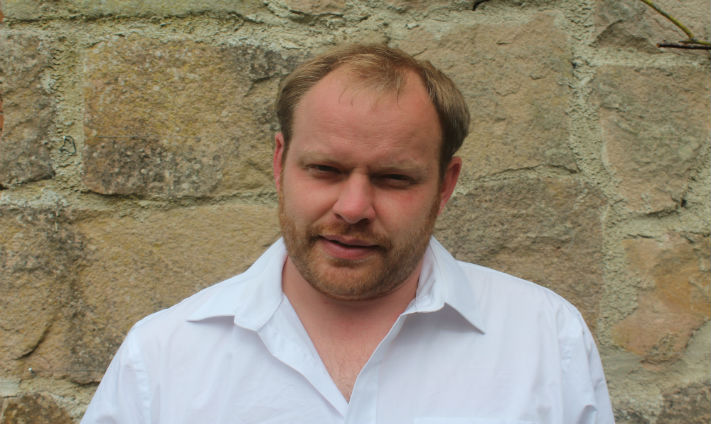 What has been the biggest challenge so far?

The biggest challenge was probably getting it off the ground. We tried to launch it in 2008 and we failed. We lost a lot of money belonging to our friends and family.

We had never even put on a music night in a bar and we just jumped straight into a field and tried to put on this massive festival. The hardest thing was convincing people in 2011 that is was the right time to do it and we could make it happen.

We’re getting there but it is still a challenge. I left a €35,000 a year job in London in 2012 to commit to it and I haven’t earned anywhere near that since. But it is better jumping out of bed in the morning and doing something that you like.

What has been the biggest achievement for you so far?

I would say the festival this year from an operational point of view, from a numbers point of view, and even a feedback point of view. Everything just clicked together this year. That’s probably the result of the six years previous experience. All other years it’s been voluntary and this is the first year where we’ve had dedicated staff working on it.

We have Kathryn, a former intern, Glenda, John and myself beavering away trying to build on recent successes. Our first ever winter focussed on driving everything forward. We’ve done well as volunteers so we are excited to see what we can achieve in 2018.

What do you look out for in a new hire?

We always look for people that are going to commit and be passionate about what we’re doing, people that seem hungry for the right career opportunity. They are the main things. The two girls that currently work with us had volunteered at the festival in the past so they had an insight already into what it was about. 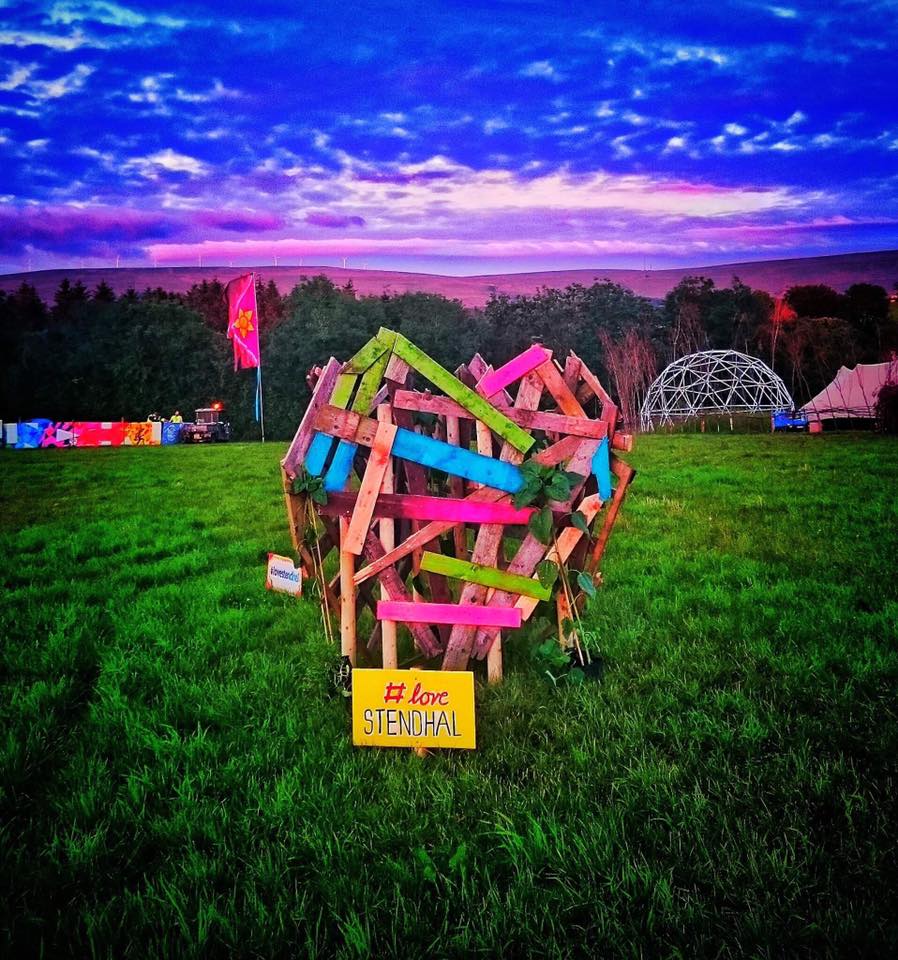 What advice would you give to other entrepreneurs starting out?

Be totally dedicated and passionate about it. Don’t take no for an answer. If you get a no, go down a different avenue until you get a yes. Be prepared to work 20 hours a day if you need to and when you need to. Don’t lose your focus and try to adapt at all times to the negatives.

How do you measure success?

It’s all about footfall and feedback from the actual event. You’re only as good as your last event and because you only get one crack at it every year you need to do a good job.

Your new project is a children’s festival. Where did the inspiration for that come from?

We’re hoping to launch ArtAbyss in the third week of June. It will a school trip kind of affair. Then in the medium to long-term, it will hopefully become a residential overnight school trip. We think it will be one of the most amazing venues in the country. It will include things like kids watching a theatre show in a magical woodland. It will be very different to any other children’s festival.

What does the future hold for Stendhal?

We don’t want it to get too big. The marker in our heads has always been 12,000-15,000 but we’re in no panic to get there. The larger you get the more logistical things you have to worry about with larger campsites and different farmers. It’s all about small steps. We’ve learned to be quite realistic. At the start, we were very unrealistic but that’s all part of the learning process.

Is it important to get the community involved?

We’ve huge buy-in from the community. We had 140 volunteers on our rota for this year’s festival and the majority of them are local. We have 60 to 70 people on site helping us do stuff for two or three months before the festival. They’re taking two weeks of their annual leave to go up there and help us get the place ready. It competes with any of the sports clubs as far as social capital goes. For a rural town that’s pretty good. 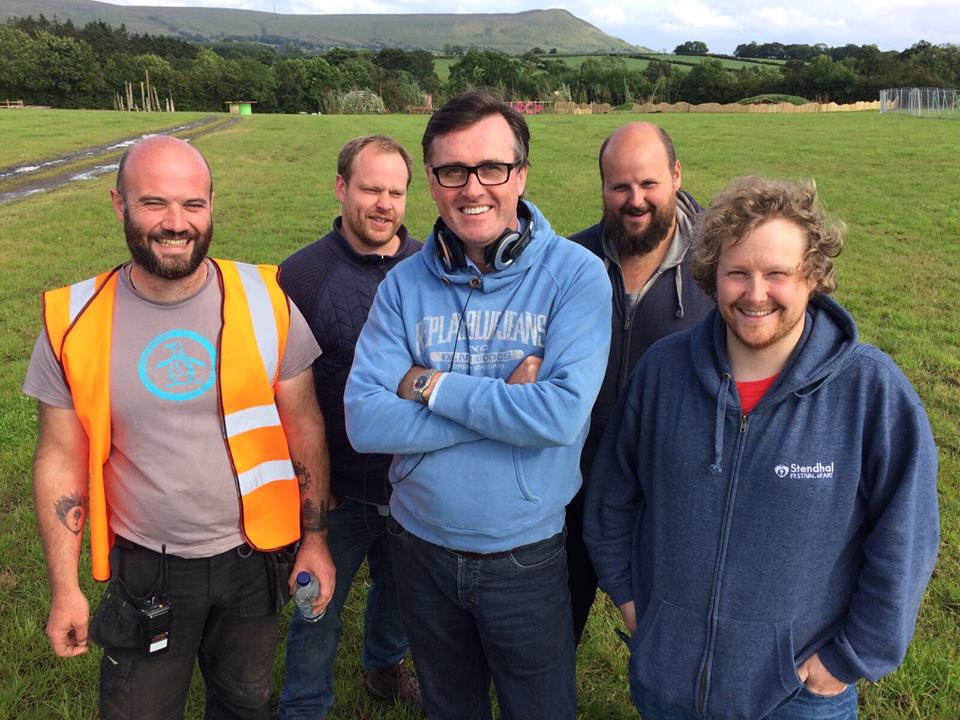 What’s the one thing that you wish people knew about your business?

Selfishly, it would probably be the sacrifice that has gone into it. Nobody sees or understands what work has gone into it from a handful of people. From a wider perspective, I would have to target it at elected representatives. I wish they understood the capacity of the arts and got behind it a bit more. 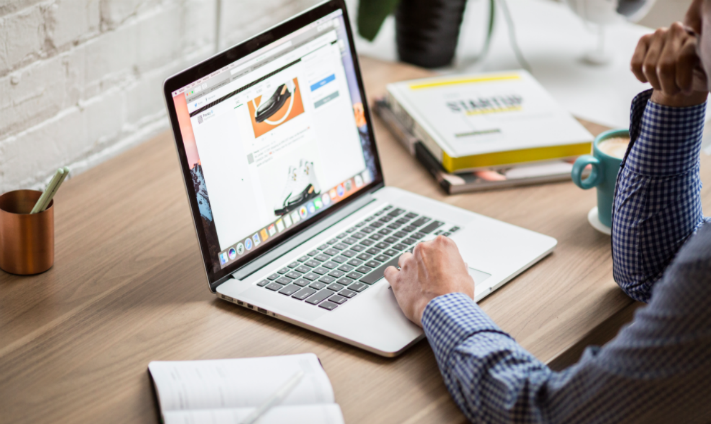