By Alice MurrayNovember 14, 2017For Talent

The WeWork Creator Awards is a global competition that awards funding to innovative entrepreneurs, startups, artists and non-profit organisations.

The awards have taken place all over the world but this November they will be coming to New York.

On Thursday the 16th, WeWork will hold master classes, workshops and even an amazing jobs fair as part of the awards ceremony.

So, if you’re on the hunt for a job you won’t want to miss it. Here are just a few of the companies that will be there on the night.

Vonage is a software technology company that enables high-quality voice and messaging services across multiple devices and locations. The company has offices around the world and they offer their employees various perks like free gym, food and exercise classes. Would you like to work there? They are currently on the hunt for a Senior Cloud Solution Sales Executive.

Revolut launched in 2015 with just four people and a few MacBooks. Today, they are one of the fastest growing fintech companies in the world.

Through Revolut you can receive instant payment notifications, free international money transfers, and fee-free global spending. They currently have over 200 employees and offer new recruits excellent training and support.

Depop is a global marketplace where you can see what your friends and the people you’re inspired by are liking, buying and selling. Depop currently has over 80 employees in London, Milan, New York and LA. They pride themselves on their creative and ambitious staff. Would you like to join them? They currently need a Partnerships Manager in New York.

EDITED is fast-becoming the single biggest source of real-time retail data in the world. They currently have offices in New York, San Francisco and London. EDITED offer staff flexible working hours, mandatory holiday days, competitive salaries and a range of other work perks. At the moment they need a Sales Development Team Manager.

Grabyo is a cloud-based video platform built for live, social and mobile. Since the company began in July 2013, they have secured deals with major television networks including Sky. They have even received backing from sports stars like Thierry Henry, Cesc Fabregas and Robin van Persie.

This budding startup looks set to expand in the future. They are looking for enthusiastic and dedicated individuals who can add to their already close-knit team.

HelloFresh is the UK’s number 1 recipe box service. Every week they send their customers recipes alongside perfectly portioned ingredients so you don’t have to worry buying a weekly shop. If you’re a passionate foodie then make sure you talk to them at the WeWork Creator Awards. 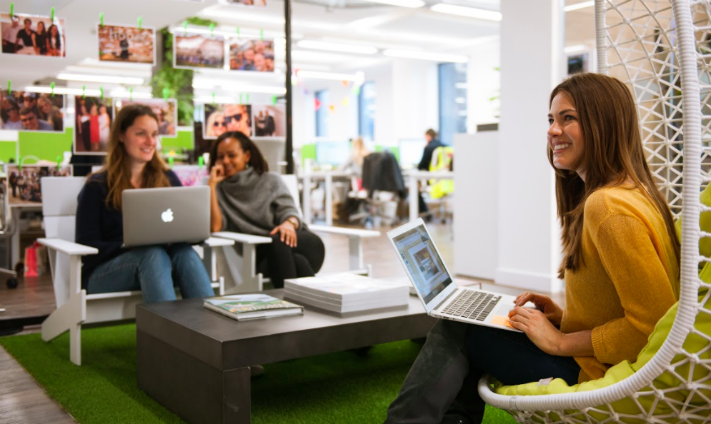