How to Handle Chronic Complainers

By Alexander KjerulfMarch 2, 2018For Talent

Got any chronic complainers where you work? It seems like every workplace has them – the people for whom the weather is always too warm or too cold, the boss is a jerk, the food is lousy, work sucks and … you fill out the list.

No matter how good things get they still only see the bad and they go to huge lengths to point it out to everyone around them.

I’m not saying we should outlaw complaining, but workplaces need to do something about the chronic complainers because they tend to make people around them unhappy at work. It’s a fact that negative people are highly contagious and one chronic complainer can easily get an entire department down.

We try many different strategies to deal with complainers – one german IT company even bans whiners from the workplace. Yep, if you have a bad day you are not allowed to come in.

But most of the strategies we normally use on complainers don’t help and often make matters worse.

Cheering them up doesn’t work
As in “Oh, it can’t be that bad”, “Come on, cheer up” or the perennial favorite “Time heals all wounds”.

Saying things like this shows the complainer that you’re not taking their pain seriously. When you tell a complainer “It’s not that bad”, he will often complain even harder to convince you (and himself) that his problems are very serious indeed.

Suggesting solutions doesn’t work
“Why don’t you…”, “Have you tried…” or even worse “You should really have…”

The complainers’ problems are really serious and can’t be solved by a few smart-ass suggestions from you. Or so they’ve convinced themselves. The more you try to suggest solutions, the harder they will work to convince you and themselves that these solutions could never possibly work for them.

Telling them to pull themselves together doesn’t work
“Quit complaining and do something about it” or one of my favorites, “You either want the problem or you want the solution”.

Yeah, telling them that their problems are trivial and they just need to pull themselves together is going to work juuuuust fine. All complainers magically stop complaining at this. Or do they?

Complaining about the complainers doesn’t work
“Damn, that Sally complains a lot doesn’t she?” Guess what, you just became a complainer.

Ignoring them/avoiding them doesn’t work
This makes complainers clamor for attention even more, which usually makes people ignore them even more. That’s a vicious cycle right there.

Complaining along with them doesn’t work
“You know what, you’re right, the boss IS a jerk. And the weather sucks. In fact, everything sucks.”

This can be kind of cosy because it creates bonding and an us-against-the-world feeling. But ultimately it’s a bad idea because the more people complain, the less prone they are to doing something about their problems.

I remember one of the first jobs I had where my manager was a complete dolt. My co-workers and I couldn’t start a meeting, go out for a beer or just meet in the hallway without spending 15-20 minutes complaining about him and his stupid ways. But all those man-hours spent complaining changed nothing and none of us ever did anything about it. Except quit the company one by one.

Confronting them doesn’t work
You can drive the complaints underground where you don’t see them, but they will probably still be going on. And repressed complaining is worse than open complaining because it gets to stew and grow while it’s hidden.

So what does work? Here’s a simple but very effective trick:

A friend of mine who’s a dentist told me about an elderly, grouchy patient of hers. Every time he came in for an appointment he’d complain about the weather, his children, his car, taxes, society and any other topic that might come up.

Now you might think “Hey, she’s a dentist, fill his mouth with gauze and cotton and let’s see him complain then!” but my friend is a naturally happy person and would instead try to cheer him up. It didn’t work, it just made him complain even more.

So I taught her this trick and the next time he came in for an appointment she was ready. He went to the chair and immediately started complaining.

After listening to his usual litany for a while my dentist friend said, with deep sympathy in her voice, “You know, that sounds terrible. I don’t know how you deal with all of these problems.”

You know what he said?

“Weeeeell, it’s not THAT bad!”

This approach works because it gives the complainer what he’s really after, Empathy. Not cheering up, not solutions, not egging-on. Just understanding of what is, for him, a difficult situation.

There are two important things to notice here:

So try this approach on your favorite complainer and see how it goes. 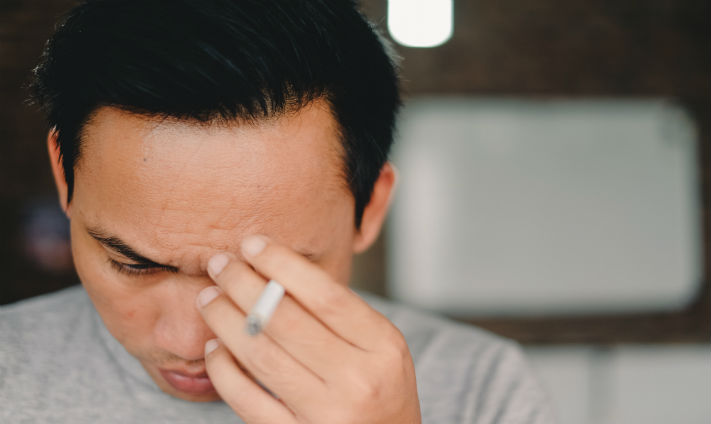