Can I Tap? Meet the Entrepreneurs Helping the Homeless With Contactless Tech

How many times have you used the excuse ”Sorry, I’ve only got my card” when asked for money on the street. In fairness, it’s a valid point.

As our society becomes cashless, fewer people are carrying actual money on their person. This poses a serious threat for charities.

It is estimated that UK charities lost out on £500 million worth of cash donations in 2016 alone.

Enter TAP London, the UK startup that is planning to revolutionise the donation game.

Founded by Polly Gilbert and Katie Whitlock the company hopes to make a difference by equipping homeless people with contactless technology and giving them a job selling £3 art cards.

We talked to the entrepreneurial pair to find out more.

Where did idea for the company come from?

Polly: I used to live near Vauxhall in South London. When you come out of the tube station there is always a guy there selling hotdogs which smell amazing. One cold November evening we came out of the tube and there was a guy sitting in the doorway of Sainsbury’s which was all shuttered up. He was literally vibrating with the cold.

I had that feeling that I think everyone has when they see someone homeless. You feel morally obliged to do something but it’s not that clear what you should do.  I took a hotdog over to this guy and he said, ‘Thank you so much but I’ve had five tonight. I am sick of the sight of them. My friend is in the underpass can you go and give it to her.’ Katie and I were really interested in that. Londoners are so generous and yet there is not always an easy way to help the homeless people we see in our city.

How did the company start?

Katie: We were both working in advertising at the time. We basically started talking about the problem and how we are moving towards a cashless society. We got to the point where we asked ourselves what could we do to tackle homelessness.? What would be our ideal way to do it? A few months later we got started.

Did you leave jobs immediately or was it a passion project on the sidelines?

Polly: We left our jobs really quickly.  Katie and I were working at the same agency. It probably made us a little bolder in the decision to leave. At one stage we had Barclaycard coming into our old office asking for TAP London and we had to whisk them off to one of our meeting rooms. The receptionist didn’t know what was going on. We had handed in our notice at that point.

Where does the money from your art cards go?

Polly: For every £3 contactless donation that we took £2 went to paying our vendors and the other £1 was lumped together and given to a local charity, New Horizon Youth Centre which works with young homeless people in London.

Moving forward we’re doing an in-store model. We are hoping to work with councils on this whereby we put machines on countertops in cafes, shops and bars. Our hope with that is that we will be able to give 100% of all donations to a coalition of local charities. We hope to have even more impact in the local area.

Why do you think TAP London has been a success?

Katie: I think one of the biggest issues that we had with the street vending model was that people would think that we were charity fundraisers who would take 10 minutes of their time and they would be committed to a direct debit. As soon as you tell people that it’s a £3 contactless donation and they will never hear from us again it’s so much easier. It’s been received really well.

Polly: When we started our research one thing we found is that people are just sick of traditional fundraising. It’s all quite negative. It can be about inducing guilt in people. I think people are keen to be reached in a more positive way and feel like they have an impact. TAP has an amazing opportunity to be a community collective. People are a lot more powerful when their actions are brought together.

What challenges have you faced since starting the business?

Katie: The first one and the big one for people starting their own social enterprise is obviously the funding. We took an unusual tack with that. We quit our jobs quite naively just hoping that things would work out on the funding front.

After the first month, we started writing letters to very rich people. Super bespoke to the point of being creepy explaining who we were and why they should help. We sent 25 letters. We got three leads and one response. From that one response we had the initiative fully funded.

Do you think there are any challenges unique to female founders?

Polly: Yea. I think sometimes being a young woman can be difficult. People infantilise you a little bit. They make you seem very young or immature. Katie and I both met with a founder really early on before we had left our jobs. She had really good advice. She said, ‘Remember that you are the CEO of your company so you need to meet the CEO of their company even if they’re huge’. That kind of confident approach has been something we have clung to.

Katie:  Quite often we get called ‘The girls’. Sometimes it works in our favour and sometimes it’s a bit dangerous. Trying to navigate whether being called ‘The girls’ is a positive thing because they like us and it’s a friendly term or it’s actually damaging to our reputation can be difficult.

Is it easier starting a business with a co-founder?

Polly: Working as a pair for us has completely changed it. Doing it alone would be terrifying but there is confidence in having someone next to you that you can truly believe in.

Katie: We’re incredibly close friends as well. In lots of ways, you become each other’s co-founder, friend and also personal development coach. You can just say ‘You need to be more assertive in this area’ or ‘Try  to work on that.’ Over the course of the year, we both have grown in terms of our capabilities.

What advice would you give to someone starting their own business?

Polly: Always have a sense of playful curiosity. Try not to let things terrify you so much that you just stagnate and you don’t do something.

Katie: You’ll work it out. You end up taking on about 50 different roles that you’ve never done before. As long as you can commit to learning and trying you’ll figure it out. You don’t need to have all the answers or skills.

What’s been your biggest achievement to date?

Polly: This is definitely something that we struggle with. We listened to a Desert Island Discs with Emma Bridgewater and her advice to anyone was always remember to celebrate your wins even if they don’t feel complete at the time. That’s something we’ve been trying to improve.

Katie: I think it was actually when we hired our first employee. To me that was a very proud moment because you spend so long talking about an idea and the transition into reality can sometimes slip past you but that was a really concrete moment for me.

What’re the plans for the future?

Polly: As the technology grows I think the possibilities are limitless. We are really fortunate that we are at the forefront of it. The technology is getting really exciting and I think we are in a great position to use that to make sure all cities have smart ways of giving to homelessness.

Katie: Being able to give to your community instantly should be the stable of any city in the UK and further afield especially as we move towards a cashless society. Our aim is to spread that vision far and wide and to as many people as possible.

What do you wish people knew about the business?

Katie: I think quite often people think it’s a little bit PR-ish and we’re just in it for the contactless. We’re very immersed. We’ve met with so many charities this year. We really know the ins and outs. We’ve worked with people first hand. Sometimes I think when we met with people because we’re young they possibly don’t know how rigorous this process has been for us in terms of understanding the problem.

Polly: There is sometimes the assumption that it’s a bit more fintech than it is charity. It can be frustrating because we’ve spent basically a year immersed in it. Neither of us have fintech backgrounds or anything like that it’s more of an interest in trying to make our cities a bit fairer and a bit better. 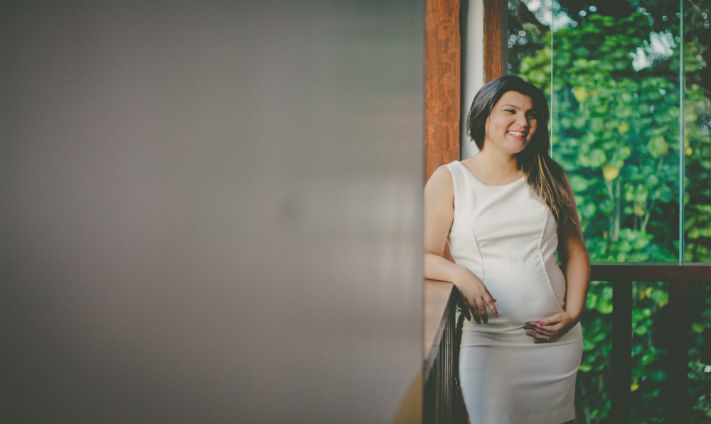