By Alice MurrayFebruary 5, 2019For Talent

Edinburgh-based tech company Neatebox is making waves around the world. Since the company was founded in 2011, they’ve won numerous awards and been featured heavily in the media.

Neatebox originally came up with an app called Button that allows visually impaired people to operate pedestrian crossings via their mobile phones.

Since then they have also developed Welcome, which improves the relationship between customer-facing staff members and users by creating awareness.

The app allows users to let a venue know about their specific needs before they arrive and provides information on attractions with ratings and accessibility reviews.

We caught up with CEO and founder Gavin Neate to find out more about this exciting startup.

Talk us through your career to date.

”I spent ten years as a military police dog handler. Then I was a guide dog mobility instructor for 18 years. That’s where I saw the problem. I was following people into shops. The customer service they got was terrible. If I was with someone, the staff members would always talk to me and not the person with the disability, even though they were the one that was buying something.” 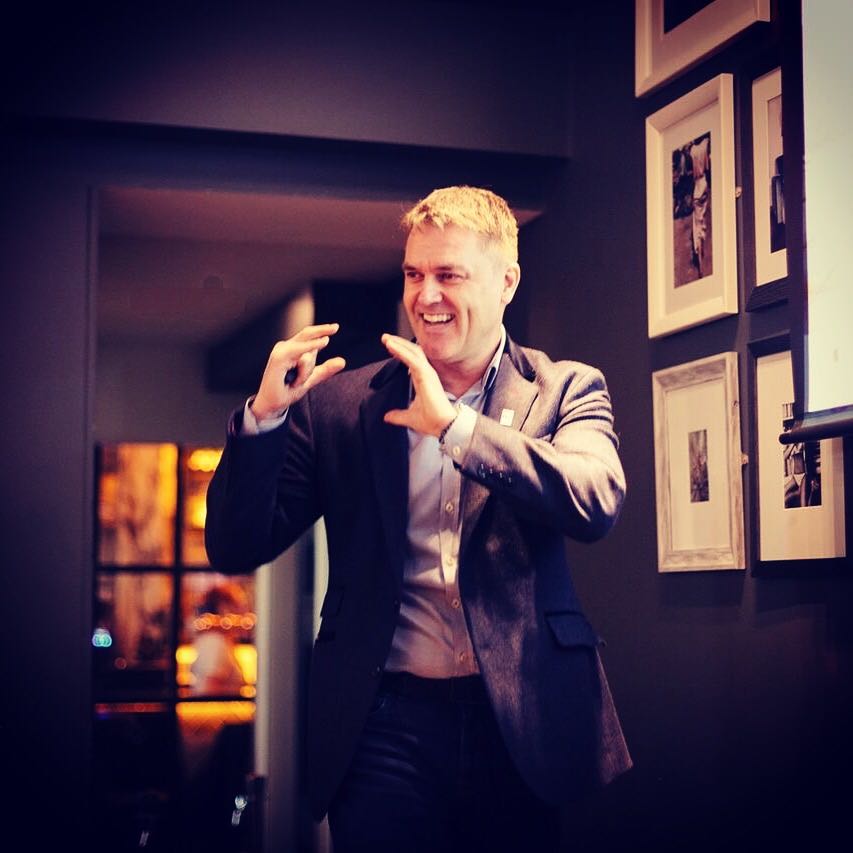 Was it a hard decision to leave your stable job?

”Ultimately it was very easy but I went from being well-paid to having no pay. I only just started taking a wage last year. I had to do five years with no wages at all. I did Airbnb, I sold my house and I sold my car but that’s the sacrifice you’ve got to make. Ultimately it was not a difficult decision.”

What advice would you give to someone starting a business?

”Above all else truly believe in it. I’ve said to people before you’re not an entrepreneur unless you’re entrepreneurial. You need to have an idea and if you’re going to come up with a solution make sure that it is a problem that you understand.”

What has been the biggest challenge since you started the company?

”Then it was investment and growth. You need to get investment when you’re a PLC. As a company, you need to convince people that what you are doing is going to sell.” 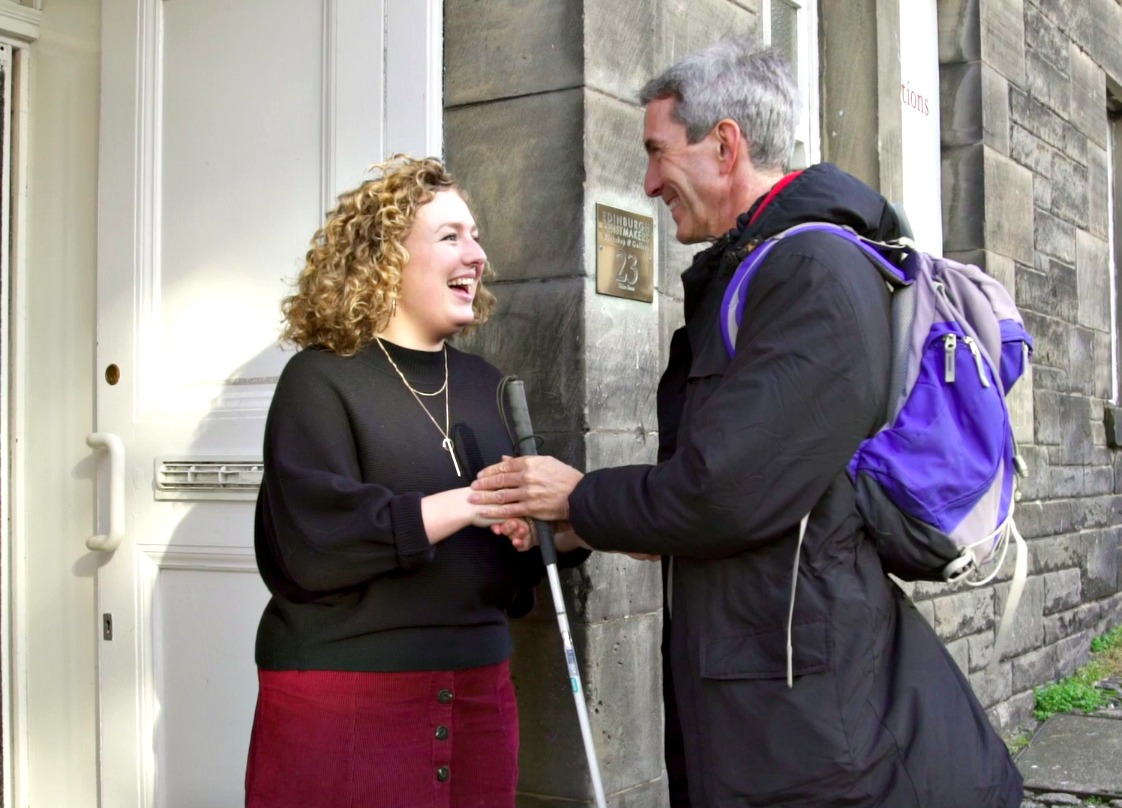 What was a misconception that people had about your business?

”The commercial aspect of this is ginormous. We’re involved with banks, airports and shops. We charge a small free which means we don’t get a lot of money in but if loads of people do it we could be enormous and that’s just in the UK and Irish market.”

What has been your biggest achievement since you started the company?

”When somebody that I don’t know uses the app and gets brilliant service. That’s the biggest thing to me. The biggest thing as a company is when you sign up someone like the Royal Bank of Scotland or Edinburgh airport.

”We’re winning awards left, right and centre. Just before Christmas, we were shortlisted for the Best Technological Innovation of the Year for Disability Smart Awards. The other two finalists were Microsoft and Facebook.” 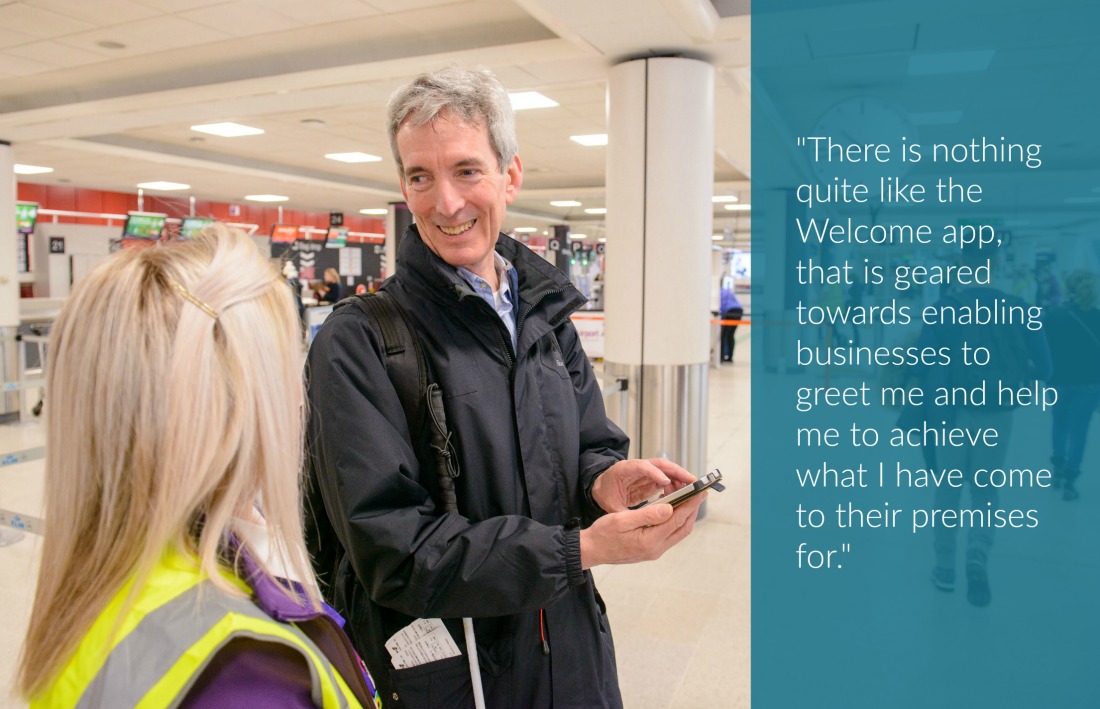 ”There are two of us. MY COO Allan Hutcheon and I. We work very hard. We’re in the process of going through funding. We’re hoping to get €500,000 so that we can grow the company to 14 by the end of this year.

”We’ve got a hashtag that’s #Employ20. That is a pledge that 20% of our employees are going to be disabled themselves or directly linked to disability. If a mother has a disabled child we will happily give her the flexibility that she needs. We want to prove that’s possible.”

What are your plans for the future?

”The world is changing. We can provide a service that helps not just customer service people, not just disabled people and not just the business but society as a whole because the people that use the app will show other people best practices.

”We’re in Ireland but we haven’t any venues yet. We’re so keen to start installing there so we want people to make suggestions on the app. We can change people’s lives.” 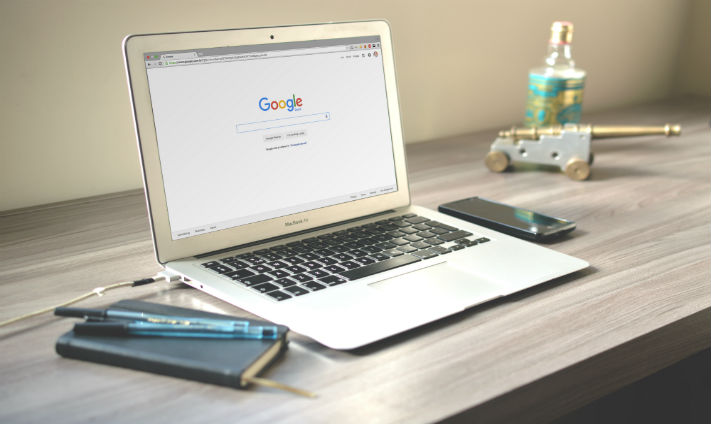 How Search Engines Changed the World (And Business) Forever

How Search Engines Changed the World (And Business) Forever