By Alice MurrayAugust 28, 2018For Companies, For Talent, Other

The road to entrepreneurship is never easy. There’s always bumps, setbacks and disappointments along the way. But often these mishaps teach us the most important lessons.

We caught up with young Irish entrepreneur Luke Mackey, to find out more about his journey to entrepreneurship and his popular food-ordering app, Bamboo.

Here are his biggest failures.

Failed to get into the Irish Air Corps.

At school, Luke originally had his sights set on a military career. Unfortunately, this wasn’t meant to be.

”I applied to the Irish Air Corps. I was training for it and taking it very seriously. I got through the application process and got to the last 20 but I didn’t get in. I was so certain that I was going to be a military pilot after school but it didn’t work out. I was left deciding which college I was going to go to. All of a sudden my leaving cert results mattered more than I had needed them to.”

Luke didn’t let this setback derail his ambition, he simply decided to come up with a new dream.

”Thankfully I had a plan B. I was always quite entrepreneurial growing up and I always had a good business mind. I ended up studying marketing and I absolutely loved it. It was probably the first time I actually enjoyed studying academics.”

Struggled to get funding

While he was in college Luke came up with the idea for Bamboo, a handy app that allows busy users to skip the queue and order their food online in advance. While he had the idea, he didn’t have the technical know-how to make it a reality. So, he enlisted the help of his friend and now co-founder Alan Haverty.

The pair spent their final 6 months at college developing the brand before deciding to work on it full time when they graduated. With a business plan in place, their next major task was to raise some cash through funding.

”It’s the hardest thing that I will ever do. Asking people for money, especially when it is your first time is a really awkward thing to do and it doesn’t really sit right.

”Our first round of investment came from Enterprise Ireland through CSF which is the Competitive Startup Fund. That is Enterprise Ireland’s entry-level funding. That’s €50,000. We got that in November 2017. That really kick-started us.

”We were raising money from April 2017 right through to March this year when we fully closed our round. It was super drawn out but obviously,  I learned a tonne and we raised €540,000.”

Starting a business straight out of college comes with its own unique challenges.

”People look at you and think you’re inexperienced and rightly so. But you’re also bolder and more ambitious. You’re not as scared as other people would be. If it was ten years or twenty years later it would be a lot scarier for me to jump into something like this. I know if I do this right I am putting myself on the right path to a great career in five or ten years time.”

Failing to find a work-life balance

Entrepreneur life can be rewarding, but also draining. Luke admits that he has struggled to find a work-life balance since starting the company.

”One thing I am learning about now is how to manage my time a bit better. Productivity wise but also in terms of work-life balance. I have already burned myself out so many times this year by trying to do more than I can. Even in the last month or two, I have been out of work for four days with a proper flu in the middle of summer after killing my immune system. That’s not good and it’s not good on the team. No one wants to see the CEO sick all of the time. ”

Not expanding out of Ireland quick enough

Looking back on Bamboo’s journey to date, Luke is proud of what the company has achieved but he also has one regret, not expanding to other countries sooner.

”If I had to do it again I think I would have left Ireland quicker. I think I would have gone into a new city whether its in the UK or elsewhere. I would have tried to do that quicker because Ireland is such a small market. We’re up 18 months now. We’re speaking to larger investors for a big round that will help us to do things internationally and go really aggressively into Europe and South East Asia. When we’re talking to them and saying this is what we have done in Dublin. They’re saying, ‘Dublin is a very small city. At this stage we want you to be doing more than Dublin.’ We definitely wish we had of left Ireland quicker, scaled quicker or tried to prove ourselves quicker but we will be doing that this year. ” 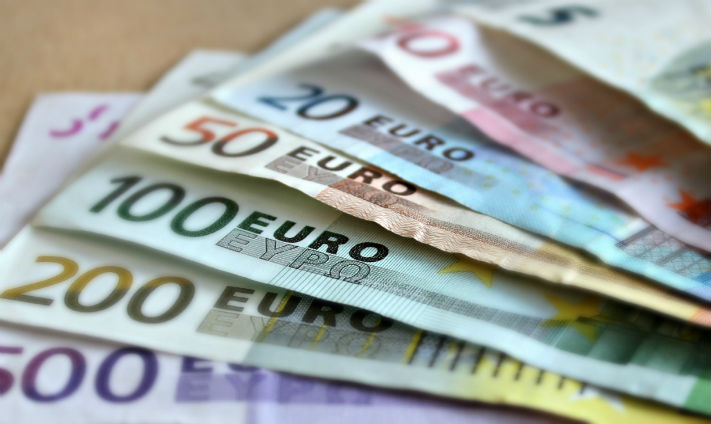