By Alice MurrayMarch 7, 2019For Talent

Ross O’Dwyer is cofounder and CEO of well-known website Pundit Arena. The platform is one of Europe’s fastest growing sports media websites, reaching millions of users every month.

We caught up with Ross to find out more about his journey as an entrepreneur. Here are just some of the lessons that he has learned so far.

Ross spent his early childhood years in England. While he always knew that his learning style was different, he was not diagnosed with dyslexia until after his Junior Cert.

‘’I’m dyslexic. When I was picking college courses I was wrongly advised that I couldn’t go to university because I couldn’t do languages. The only language I’ll ever speak is English. When it was confirmed that I had dyslexia I changed my CAO around. I put down UCC Commerce as my first choice, got the points and ended up there.’’

‘’Dyslexia is getting a little bit more known. Research has shown that it actually has a lot to do with your eyes and how they take in light. I hope entrepreneurship doesn’t make it sexy because I don’t think it should be massively glamourised. Branson makes it sound brilliant.’’

Appreciate your time at college

Ross threw himself into college life but looking back, he wishes that he appreciated the experience more.

‘’At the time I didn’t think I was learning much but looking back it was great to learn about corporate law and the basics of marketing etc. That stuff still sticks with me today but at the time it didn’t seem relevant. I’d say to anyone now, appreciate college when you’re there because you don’t see what have until you’ve left.

Find a co-founder that complements your skills

Shortly after college Ross met his co-founder Richard Barrett. While they shared a similar vision, they both brought different skills to the table.

‘’After I finished college I joined an incubator programme called Ignite. There were maybe 10 or 12 companies in the incubator. At a meeting, I got up and said what I was doing and talked about Pundit Arena. Then we went around the table and Richard said the exact same thing. Richard and I are very different we have different qualities but we just kind of mixed really well together and took it from there.’’

Believe in your idea

Together, Ross and Richard began setting up the company. To succeed they needed to raise money which required a lot of determination and self-belief.

‘’We got the website off the ground for €50. The site cost us that and then we were able to start publishing content. We got grant money from incubators. Then we went on to do private rounds of investments. We are very lucky to have so many great people behind us. It’s a form of sales. The investors are backing people as well as the idea. It was a complete learning curve.’’

Don’t be afraid to pivot

When Ross and Richard started Pundit Arena, the website had a completely different model. Last year they decided it was time to change the company’s strategy, something that he believes will be crucial to their success going forward.

‘’At the time [five years ago] we ran a user-generated content model. We paid writers through an algorithm of views and shares. We finished that business model last year. Today, we see ourselves as a premium media outlet. In order to be a premium outlet you need to create trust with your audience and we can’t do that with the old model. I should’ve done it a year earlier than we did. That’s not to discredit the amazing people we had writing for the site. ‘’

Pundit Arena has a strong Cork connection. The company was founded in the city and it operated there until last year when Ross and Richard decided to relocate operations to the capital. This was a huge risk but one that will hopefully pay off.

‘’Last year we moved the company to Dublin. That decision was taken from a staffing perspective. We thought we would get more journalistic talent there. All the PR opportunities and sports entities, in general, are based in Dublin.” 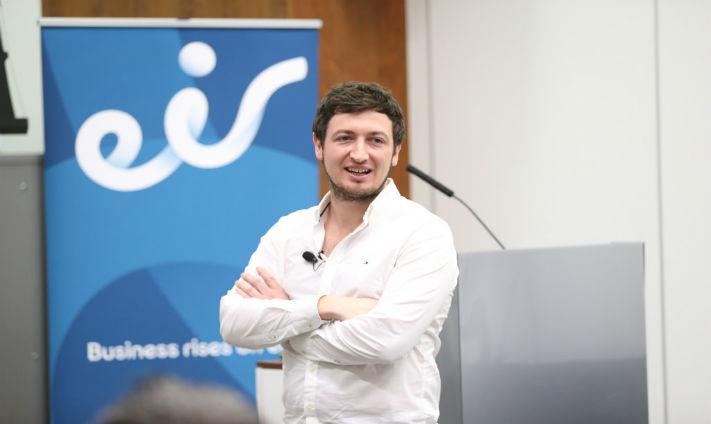 Like any new founder, the idea of hiring and firing staff was a daunting one for Ross. Thankfully he was able to lean on his investors for advice.

‘’We’ve made great hires, we’ve made OK hires and we’ve made bad hires. You learn as you go. There are advantages and disadvantages to being a young first-time founder. If we started in our late 40s we would have gone through these processes in other companies so we would’ve been able to rely on experience. We’re on the back foot in that sense however we’re on the front foot in terms of not having kids or mortgages so we can take risks.

”We have taken advice from our investors on how to run interview formatting and testing for some of our bigger hires. In saying that our best hire is our commercial director Matt. We met Matt over a coffee for an hour and a half and he took the job shortly after. When you can see a fit and so much talent your gut tells you what to do.‘’

‘’The best line I’ve ever heard is don’t believe your own hype. I was on a stag and a guy said jokingly to me ‘You’re really trigger happy on LinkedIn, Ross’. We were chatting over a pint and I said ‘I have to be though because I don’t have a PR company.’ As founders, one of the things you have to do is promote yourself and take interview opportunities.’’

Focus on your network

The most important thing that Ross has learned on his journey so far is to put a lot of time and effort into building your network.

‘’Build your network because your network can get you out of any situation. Watch your relationships. I’ve even gone back and made concessions just to make a relationship OK. You need everyone with you on this journey. It’s tough so you need people behind you that believe in you.” 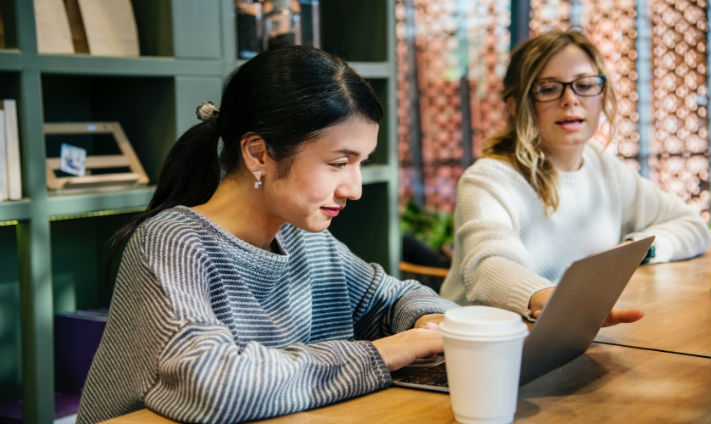 Companies That Champion Women in the Workplace

Companies That Champion Women in the Workplace