By Alice MurrayDecember 21, 2018For Talent

Anthony Collias is the CCO and cofounder of Stasher, a luggage storage company that operates around the world.

While living near King’s Cross Station in London, Anthony was often asked to store luggage for his friends and relatives.

He began to realise that it could be a viable business and the idea for his company was born. Stasher is now in over 90 cities around the world and launching in more areas every single week. We caught up with Anthony to find out more about the lessons he has learned along the way.

Like most budding entrepreneurs, Anthony created various different websites when he was growing up. While they didn’t develop into large global businesses, they definitely taught him a thing or two.

‘’I tried to set up a website or two when I was young but nothing too serious. I liked the idea of investing but I never made any money so that was no good.’’

Choosing a college degree is a big decision. For years Anthony presumed that he would study math until a chance conversation sent him down a very different path.

‘’It was the day before deadline day. I was going to apply for maths. A friend chatted to me about the benefits of studying economics and convinced me to change last minute. I decided to apply to Oxford who didn’t offer a pure economics course, so I decided to apply to PPE. I made a shift from maths really rapidly to do something else. I’m glad I did that.’’

This was a key decision in his career as Anthony met his friend and cofounder Jacob Wedderburn-Day while at university.

One thing that was instilled in Anthony during his years at Oxbridge was the importance of time management, something that he has struggled with in the past.

‘’So much of entrepreneurship is the 80/20 rule. The really important thing is to focus on stuff that actually brings returns rather than wasting time perfecting things.’’

The first idea for Stasher

Great ideas take time. Anthony’s first iteration of Stasher was not a success.

‘’The original idea was mid-term storage in people’s homes. We made a platform and started advertising it. After a month of running back in the middle of the day to give people their bags we realised that no one else was ever going to do this in their home.’’

Anthony believes that having a good cofounder is hugely beneficial. Especially during the tough times but you need to make sure that you choose the right person.

‘’You should never cofound with people just because you’re friends. It should be because you work well together. You should have a clear idea of what you each will handle in a year’s time when you’re a ‘serious business’’’.

After securing funding, Anthony and Jacob began to build their brand, expanding into new locations and onboarding more retailers. However, they struggled to stay on top of the technology.

‘’Our biggest mistake was that we didn’t become more technically literate earlier on. I was barely aware that computer science was an option growing up.

‘’Unless you happen to know someone or you’re really lucky the developers that you can find in the early stages aren’t always the ones who make sense later on when you’re turning over a serious amount or when you’ve got a team.’’

Cofounding straight out of uni

While their own story has been a success, Anthony is confident that they would have been better prepared if that had waited for a few years after graduation.

‘’I feel like there is so much romanticism because of Zuckerberg and Snapchat and all these American successes but the truth is, it’s hard. We managed it in the end but we would have been so much better equipped if we had worked in another early-stage business for a couple of years.’’ 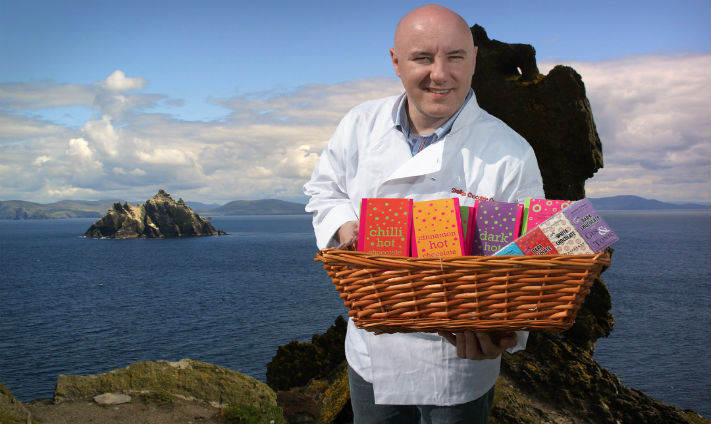 How I Got My Job as a Chocolatier

How I Got My Job as a Chocolatier