By Alice MurrayAugust 2, 2018For Companies, For Talent

Growing up Samuel Dennigan had ambitions of becoming a veterinarian or architect. But with a family deeply rooted in the agri business, some might argue that he was destined to work with food.

After a decade spent learning the ropes alongside his father and uncle, Samuel decided to start his own adventure. In 2015 he set up Strong Roots, a frozen food brand that has seen exponential growth.

We caught up with Samuel to learn more about the failures that ultimately led to his success.

Dropping out of art college

While Samuel has always been entrepreneurial, he also has a creative side. After school, he undertook a diploma of art and design in Belfast. This course earned him a second-year place at the prestigious National College of Art and Design.

However, when Samuel attended the college’s open day he realised that maybe this wasn’t the path for him.

”I went in for registration day and I decided that this was not going to be for me. I was working at a fruit market in Dublin at the time for the family business and I knew that the conceptional goal was not one that was going to hold me versus the commercial goal of being self-sufficient. I decided to stay in the family business as opposed to going back to art college.”

Despite the fact that he has never completed a degree, Samuel doesn’t regret his decision to leave formal education.

”Between then and now I have done parts of Bachelor’s degrees and evening courses in DBS and DIT mostly around marketing. I’ve dipped in and out of education but I have never completed an undergrad or anything, it just all comes from experience.”

Samuel didn’t stumble upon the winning idea for Strong Roots right away. Like most entrepreneurs, he had a few failed ventures to overcome first.

”I had tried two other brands that failed massively. I created a brand of microwaveable ready to eat baby potatoes and sweet potatoes that were in a steamer bag. They were called Sam’s Potatoes. As a project, it was more of a ”me too” thing rather than something that is innovative.

”I also licensed the Green Giant brand for Fresh, an American company in California with an idea of launching across SuperValu, Dunnes and Tesco here and then into the UK. When we launched the project a lot of the retailers backed away from it because they saw it as competition for their own brand. That was another massive failure. I had plenty of experience of what not to do by the time I actually did it.”

Focusing on marketing instead of the product

Through his failed ventures Samuel learned important lessons that ultimately helped him to launch Strong Roots.

”A lot of people do things back to front because the resources from the state focus on things like social media growth as opposed to getting some senior salespeople on the road to tell people about your product. As a salesperson, I knew that which I suppose is unique as well. That comes from the failures. I did the marketing thing first on previous products and I knew it wasn’t about that. It was about being on the road and making relationships and making sure that you have distributors.”

It’s not easy being an entrepreneur. Samuel has had to learn how to manage a team and share the ever-growing workload.

”It’s been a massive challenge going from one-man show to a 20 person operation and to have people input in the strategy that you started off. That’s also exactly why you need people around. Another one that is also quite a cliche but is so relevant is to hire people that are better than you. It’s easy to pick people like you who will fall in line but it’s better for the business that you have multiple personalities.” 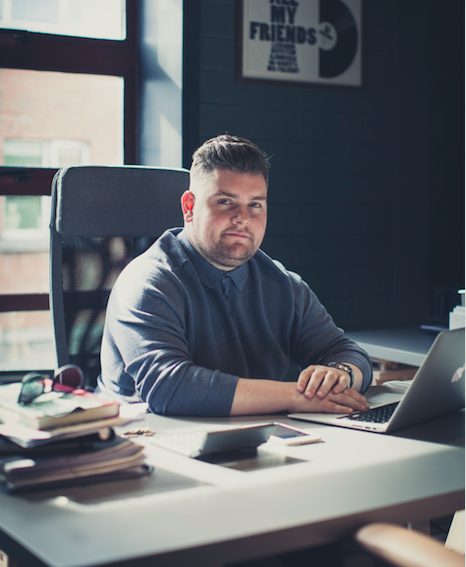 ”Probably time management because I am terrible at it and I love going on tangents. I get really excited by anything shiny and it distracts me.

”I always say the same thing because I really believe it’s good advice. Instead of having a to-do list have a don’t do list. Don’t look at your emails, don’t go on social media, don’t do the things that aren’t going to benefit the business whatsoever. At school, my least favourite subject was maths so I started the maths homework first. That’s the same for business you should have a don’t do list.”

In the past few years, Strong Roots has gone from being a tiny startup to a household name. What does the future hold for this Irish brand? Expansion. Samuel has plans to grow their presence in Asia as well as breaking into new markets in America and Europe. Just watch this space.

Find your dream startup job on our channel now.

Read more of our ”CV of Failures” series here. 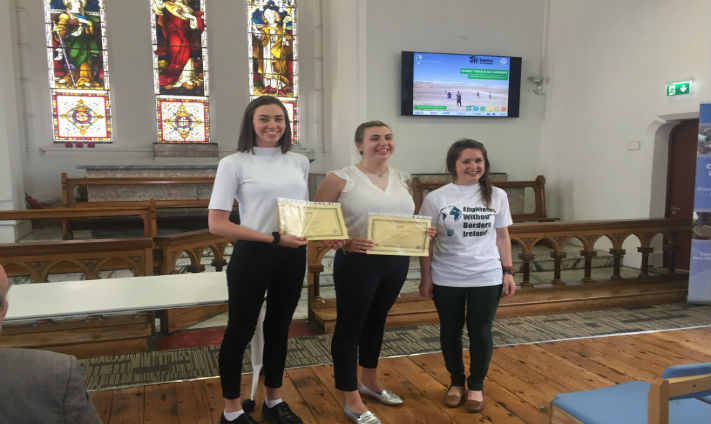 These Students Have Designed a Menstrual Toolkit to Help Refugees

These Students Have Designed a Menstrual Toolkit to Help Refugees