By Alice MurrayApril 11, 2019For Companies, For Talent

If you weren’t at Jobbio HIGHER in the RDS today you definitely missed out.

Thousands of people turned up to take part in Dublin’s biggest and trendiest careers event as part of Dublin Tech Summit.

Over 40 companies and 13 speakers were there to share their wisdom, network and immerse themselves in all things tech.

Our Work Happy 100 magazine was launched

On Wednesday, 10th April we announced the winners of our Work Happy 100 awards on the DTS main stage. Today, our magazine showcasing the winners was published in the Irish Independent. The magazine also highlights important issues like bereavement leave and equal pay. Did you grab a free copy at the event?

We hosted a second codefest

Our codefest hackathon was a massive hit on day two.  Java developers battled it out to win some pretty great prizes. The winners of this prestigious competition won a cash prize and an interview to join the Mastercard team. Talk about an opportunity!

We had some great speakers

We had a full schedule of speakers on day two of Jobbio HIGHER. Companies like Cisco, Pramerica, Ryanair, Groupon, BT, Overstock and Asana shared their knowledge with engaged audiences on the mainstage.

“We understand that our people are different and they need different things. We create workspaces that work for them.”- Mary Bradshaw discussing @Pramerica_Ire‘s office layout. #JobbioHIGHER pic.twitter.com/nRPJay4V3Y

Companies like Apple, Facebook, Slack and Workhuman were exhibiting at Jobbio HIGHER. The lucky attendees were able to network, get behind the scenes insight and apply for jobs on the spot.

Looking for a better career? We’re at the RDS @DubTechSummit until 5 today. Pop by to connect with the biggest #tech brands in the world #JobbioHIGHER pic.twitter.com/i8yYEg2LzM

The best thing about Jobbio HIGHER is that it is not like other boring jobs fairs. Our event encourages talent and companies to have fun together. Groupon brought a basketball hoop and Mastercard had a pitch and putt station.

If you missed out on the event, don’t worry Jobbio HIGHER will be back soon but for now, why don’t you check out our channel to find cool jobs? 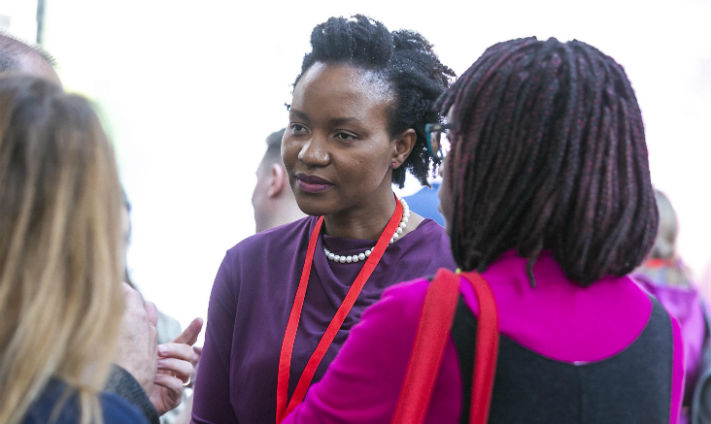