By Aoife GearyAugust 15, 2019For Companies, For Talent

When John and Gina started Zahra Media Group, they were determined to create a company people would enjoy working in. As winners of this year’s Work Happy 100 in the small business category it would seem that they’ve been successful. But what makes it such a special place to work? How do they support their employees? And most importantly, who are the dogs on their website? We had many questions for John Mullins, Chief Executive and Co-founder of Zahra Media Group. 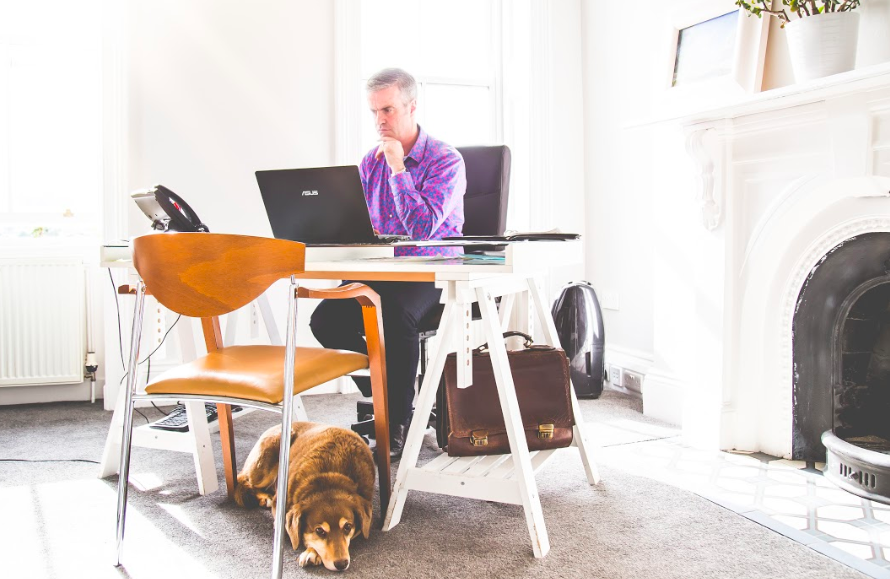 “What we want is to create a flexible working space where respect goes two ways,” says John.

Respect is fundamental to the culture at Zahra Media Group and John takes pride in the fact that it has little to do with seniority. He believes that being compassionate and understanding is the only way to get the best out of your employees. He describes the working environment at Zahra as one where they avoid blame and don’t tolerate people shouting at one another.

“Respect is earned here. It isn’t hierarchical, we make sure everyone is treated with respect and support whatever level they are. It really is a very nurturing environment.”

Transparency and communication are also at the heart of the culture of Zahra with John saying they take a ‘warts and all’ approach when discussing the progress of the business.

“We give everyone insight into how the business is going in real terms. We’re honest. We’re direct. We share our vision – where we want to go, where we think we should go and we get input from people on where they think we should be going too,” he says.

To ensure communication goes beyond just the leadership group, there are a number of processes in place to keep the whole team involved in the direction of the business.

There are regular company updates where each team discusses their progress. They enjoy ‘lunch-and-learn’ sessions which are designed to combine two things the team hold dear, skills sharing and food. There is also a company suggestion box, where employees can put forward ideas related to anything from structural changes in the business to the brand of coffee stocked in the kitchen. In addition to these – and arguably the most important practice the company undertakes to ensure open communication – is employee surveys.

Surveys are conducted to get a sense of the general feeling within the team. They explore how employees think they are progressing within the company and they help to identify any stumbling blocks, restrictions or opportunities that need to be addressed.

John says this employee feedback is crucial to know the business is on the right track and it helps the company to benefit from fresh perspectives. 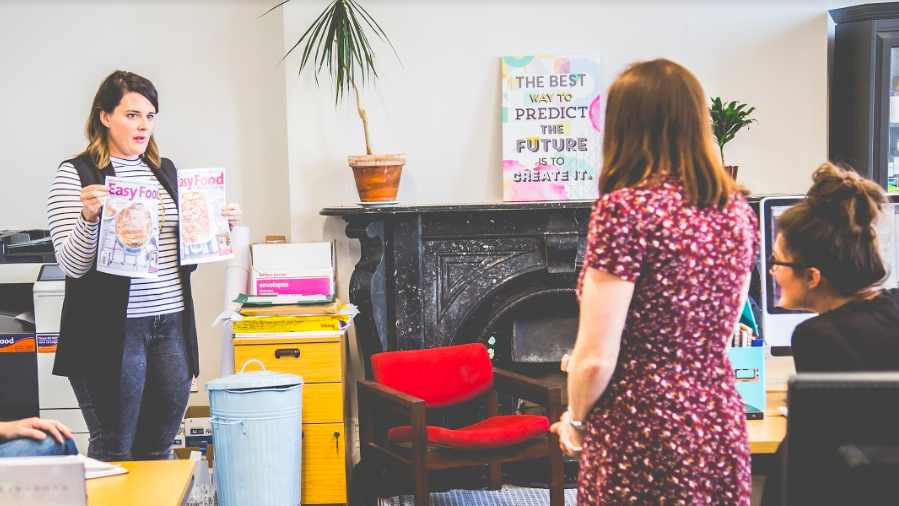 “It’s important to share expertise across departments,” he says. “We don’t have all the answers, but we work with a lot of smart people so we ask them the answers. That can be very insightful.”

One thing that’s unique about Zahra Media Group is that they donate 10pc of their profits every year to Zahra Helps, a registered charity working in Vietnam and South Africa. When Gina and John founded the company, they created this charitable foundation to be run like part of their business, only with different key performance indicators (KPIs).

“We thought, ‘what could you achieve if you applied the knowledge you have at your disposal in your business, to your charitable entity? How many people could you help?’” asks John.

Quite a lot it would seem given the volume of projects that Zahra Helps has been involved with – from building roads and orphanages in Vietnam, to tackling violence against children in South Africa.

As a small business, Zahra Media Group is punching well above its weight when it comes to incentivising employees. They may lack the resources of larger corporations but they certainly don’t lack the imagination or generosity.

Each year, 10pc of the company’s profits are distributed equally among employees (in addition to the 10pc that goes to Zahra Helps). There’s generous Christmas holidays so people can spend time with their loved ones, shortened working hours during the summer months and even an onsite masseuse. Offering massages originated from the creative team being under pressure around the time of print production deadlines. 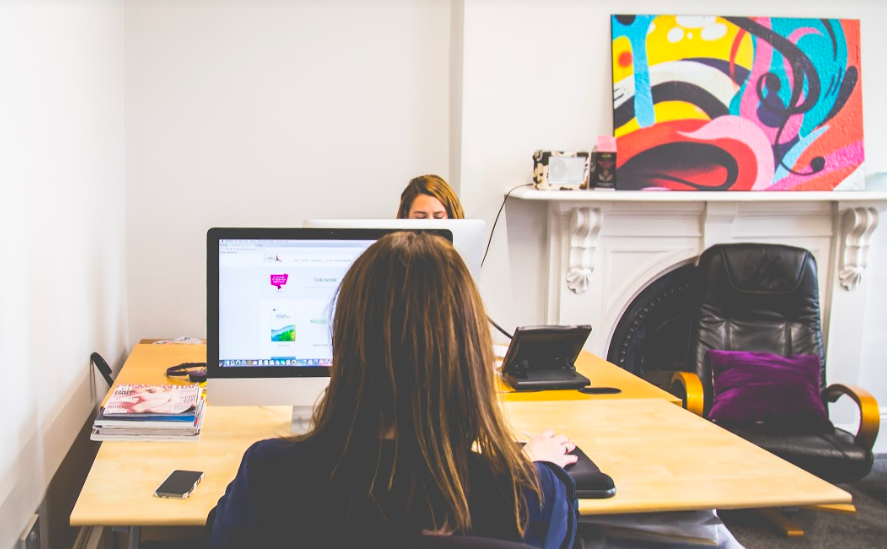 “We noticed that people were getting stressed but that they didn’t really have time to do anything about it,” explains John . “Now there’s a massage chair in the office and Prishela (the masseuse) comes in twice a week. It helps people relax and creates a real nice energy.”

Another amazing stress buster around the office was Penny, John and Gina’s dog who passed away last year. An intuitive dog, John said she was a great presence.

“She was always meandering around and the team loved having her and taking her out for walks,” he said. Though Penny may be gone, there are still canine visitors to Zahra from time to time. John is a firm believer in the therapeutic value of having a dog in the workplace.

At Zahra, the main prerequisite for employee benefits is authenticity. “It needs to be genuine, you need to be doing it for the right reasons and not as a box-ticking exercise,” says John.

He believes that the best perks aren’t necessarily the ones that are the most original or expensive, sometimes it’s the simpler gestures that mean the most. A night at the bowling alley, a hike or even sweets around the office can really lift the spirits, he says. When asked how he assesses the effectiveness of their incentive schemes, he cites research but also “trial and error”.

“You try something out and it doesn’t always work, so you need to rethink it. Or sometimes perks can become habit and then they’re ineffective too. You want the benefits to still mean something rather than just being part and parcel,” he adds.

Perks aside, it’s the support and consideration that the Zahra team have for one another that make it such a happy place to work. It’s an environment where people are encouraged to be themselves and to make their own decisions. People are recognised for their achievements and helped through their mistakes. 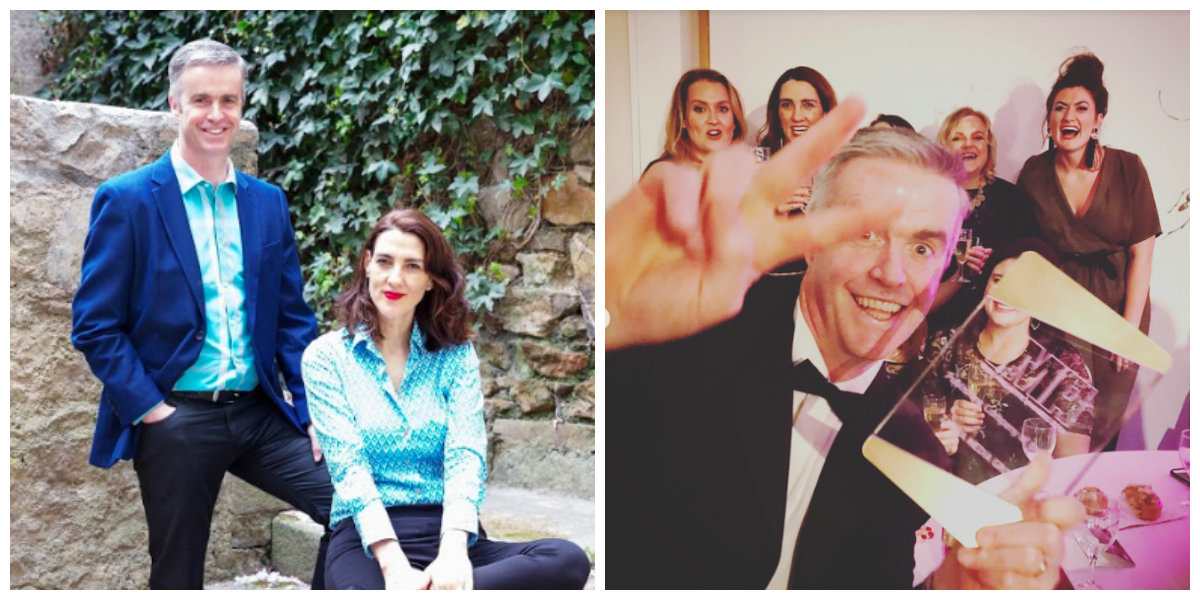 “If you do something wrong and you learn from it, it’s not a mistake, it’s just learning,” says John.

That’s not to say it’s all plain sailing. According to the CEO, everyone works really hard and takes pride in what they do. They pull their weight and they respect each other.

“You don’t tell somebody what to do, you ask them and you work with them and they then have a responsibility and they take accountability. It’s a supportive environment and that’s not just from management, it’s from your peers.”

When asked about promoting the company culture, John said that as a founder he simply sets the parameters, that both he and Gina need to trust their employees to evolve the culture for them.

“The culture of the company isn’t your relationship to me or what we say the culture is on a piece of paper, it’s your relationship to the person you’re sitting next to and you’re working with. That’s where a company culture comes from. We don’t have mission statements sprawled on the wall, we live that mission and culture just by being ourselves.”

Want to work for one of Ireland’s happiest workplaces? 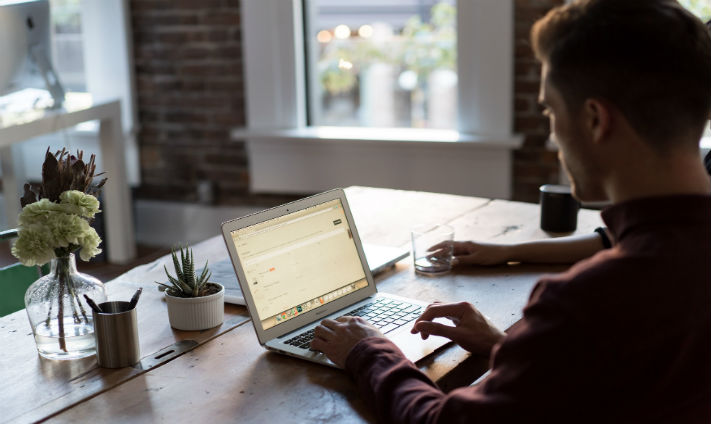 How to Make Your Job Posting Stand Out

How to Make Your Job Posting Stand Out