Seedrs: “We Are One Part of a Much Broader Movement Towards Self-Directed Investment”

By JobbioMarch 9, 2016Tech and Startups

Since an ambitious start in 2012, Seedrs has already collected a number of trophies – it has been the first equity crowdfunding platform in the world to receive regulatory approval from the Financial Conduct Authority (FCA), as well as the first equity crowdfunding platform to be accepted as a member of the UK Business Angels Association. Named among “East London’s 20 Hottest Startups” by The Guardian and “Startup of the Week” by Wired in 2012, Seedrs continued expanding to announce its launch in the US last year. To date, businesses on Seedrs have raised on average £6.5 million between them each month. We sat with the co-founder and CEO of the company Jeff Lynn to find out how Seedrs is shaping the equity crowdfunding landscape.

How has Seedrs grown into the leading equity crowdfunding company? What was the strategy that you took on the initial stages of company’s development?

The Seedrs team has always seen equity crowdfunding as a proper form of investment rather than just a bit of fun. In the early days of this sector, people perceived crowdfunding to be synonymous with Kickstarter and didn’t take the sector seriously or see its potential as an asset class. At Seedrs, we made a decision to go through a long process in order to do it properly. We wanted to design a model that was aligned with regulation, get approved by the FCA and brand Seedrs as a proper investment platform. Being highly professional from day one, treating investors the right way, building a robust and sustainable product before even contemplating marketing that product—I believe these have all been key to our success.

Once we went live, we made a decision to start small and grow organically. This meant small deals being pitched by entrepreneurs to investors capped at a £150,000 raise. We were very conscious that if we couldn’t get deals funded early, entrepreneurs and investors alike would quickly grow skeptical of the whole proposition, and it would be tough to win them back. So our focus was getting deals funded early and grow over time, funding more and larger deals as we went. Now we have campaigns ranging from £20,000 to more than £3 million being funded through Seedrs. People want to make educated decisions on who and what they want to invest in directly, and build diverse portfolios accordingly.

Why did you choose to build a platform for equity crowdfunding, did you see the gap in the industry?

The idea for Seedrs emerged during my and my co-founder’s time at Oxford. Carlos had the idea of a platform for people to invest in startups like Kiva or Zopa, but with equity rather than debt.  At first, I thought this was just a really interesting intellectual exercise. Still very much in a legal mindset (I was a lawyer in my previous life!), I thought the challenges around making this work legally were fascinating. I fairly quickly realised that it was not just theoretically doable in the UK but also a really compelling business idea.

Early-stage equity investment is actually a vast area of the capital markets, but historically it was inefficient and chaotic. Everyone thought of early-stage investment as being venture capital, but that represented a tiny proportion of the overall market. Seed-stage businesses, along with the many other businesses at all stages that fell outside VCs’ interest areas, were in no-man’s land. Many relied on funding from acquaintances, but that only worked when the entrepreneur had rich friends and family. Then there was the angel community, which was uncoordinated and largely unprofessional, and bar a few very good accelerator programmes like Seedcamp, and specialist funds, that was about it.

On the other side of this market, there were lots of people who were interested in early-stage businesses but had no way to invest in them. If you wanted to invest in a startup as an individual, you had to be an angel. Carlos and I liked the idea of being able to invest £500 or £1,000 in an interesting new business rather than £25,000.

So we were looking at classic market failure: unmet demand and untapped supply, both waiting for an intermediary to bring them together. The Seedrs concept as a solution seemed very apt.

How has the investment industry changed from the times Seedrs entered the scene and what do you think was Seedrs role in those changes?

Seedrs is one part of a much broader movement towards self-directed investment. This is an age where investors have easy access to technology and information. Old methods of investing, through off-line brokers and IFAs you meet on the golf course, seem antiquated to the younger generation. Whilst there is absolutely a role for wealth management in the investment space, there is a requirement for platforms that facilitate investment for a wider demographic. People want to make educated decisions on who and what they want to invest in directly, and build diverse portfolios accordingly.

More specifically, I think we have very much opened the conversation about early-stage investment as an asset class. It used to be thought of as something that, outside venture capital, was the preserve of hobbyist angels, Seedrs has worked hard to change that pre-conception and make people see early-stage businesses as an important and potentially lucrative part of any investor’s portfolio. It will continue to take time but we are gradually normalising the perception of the space. No matter what we do, our role at Seedrs is to show that equity crowdfunding is not a niche space.

You offer three types of campaigns for investment (equity, funds and convertible) campaigns. What is the target client for each?

From an investor’s perspective, the target clients are the same. Each is a high-risk, high-growth instrument that is about getting access to the upside of early-stage businesses, and many of our investors invest in all three products. The difference comes in what kind of entrepreneurs or businesses run those campaigns.

Equity is Seedrs core product and is what most of the companies who choose to raise capital with us use. Put simply, they raise funds in exchange for shares in their business; at a valuation the entrepreneur decides, and one that the investors have to agree to. If investors don’t agree, then they won’t invest.

Funds are mainly used by accelerator or cohort programmes like Pi Labs, Collider, WebStart Bristol and others. A programme that is looking to invest in multiple companies can use the Seedrs fund product to finance part or all of those investments. The investor will invest in the fund, and then his investment will be invested directly into each of the cohort companies. He will own shares in each of the cohort companies, but will only have had to make the one investment in the fund. This is a great way for the investor to instantly diversify his portfolio, as well as providing accelerators with a great source of capital to finance their programmes.

Convertibles are intended for businesses that are preparing for a large, usually institutional round of finance and want to extend their runway before raising it. The investor will receive the right to shares, at a discount, upon the occurrence of certain events within the next year or so. By using the Seedrs convertible, they can raise this financing now, but without having to place a valuation on their company, which may jeopardise their valuation negotiation with institutional investors. The investors in the convertible are rewarded by getting their shares when the institutional investors invest, but at a discount to what such investors pay.

What does it take to be an innovator? How is Seedrs keeping abreast of the times in the fast-paced startup environment?

First and foremost, one needs to keep ahead of the times not abreast of them! Seedrs was early in the equity crowdfunding sector, which meant that we had a head start. New businesses launching in the space today have an uphill battle against those of us who saw the opportunity before the space even existed. As a whole, entrepreneurs need to understand where things are heading in their sector and what the future is in order to shape it or create a product that meets customer’s future needs.

How does early stage investing evolve, what are the opportunities?

Early-stage investment has historically been one of the least innovative sectors out there – it’s a sector that’s great at investing in innovative businesses but not necessarily innovating itself. Seedrs is looking at where this asset class could go, not where everyone thinks it is now. Being future thinking and pre-empting what a customer wants is important.

Continually innovating and growing our product to accommodate customer requirements as the alternative finance sector develops. No matter what we do, our role at Seedrs is to show that equity crowdfunding is not a niche space; we have the opportunity to deliver something really big and we want to ensure that Seedrs is the company that achieves that.

What should anyone willing to join your team consider before applying for your roles?

Well, the most obvious consideration is: do you want to work for a high-growth, early-stage business? Businesses like ours are much more unstructured than a typical corporate role, and depending on your personality and work ethic, that can be a pro or a con.

If you are proactive and a self-starter, then there is a huge amount of room for creativity and making a mark on a business in its early years.

You have the opportunity to have considerable autonomy and being part of the brand from the beginning. That appeals to people who want to make a difference, but less to candidates who are looking for a 9-5 where their tasks are laid out for them day in day out.

Secondly, you need to have a shared passion for what Seedrs is trying to achieve. Whether you lean towards the investor side or sympathise more with the entrepreneur you need to want to make a difference to this space. Investment and entrepreneurship are businesses and our mission is to democratise a part of the world that was once reserved for the very rich. We are trying to provide a platform that allows innovators to grow their capital, by connecting them to people who want to create an investment portfolio and control their investments.

What should we expect from Seedrs next? Where do you see it in a five years’ time?

The Seedrs team is ambitious and our focus is to grow the business significantly and continue to build a sustainable asset class. This means recognising the potential not just in our home UK market but internationally. The aim is to have a significant presence in Europe and the U.S, and in time maybe even further afield.

Want to join Seedrs? Connect with them on Jobbio 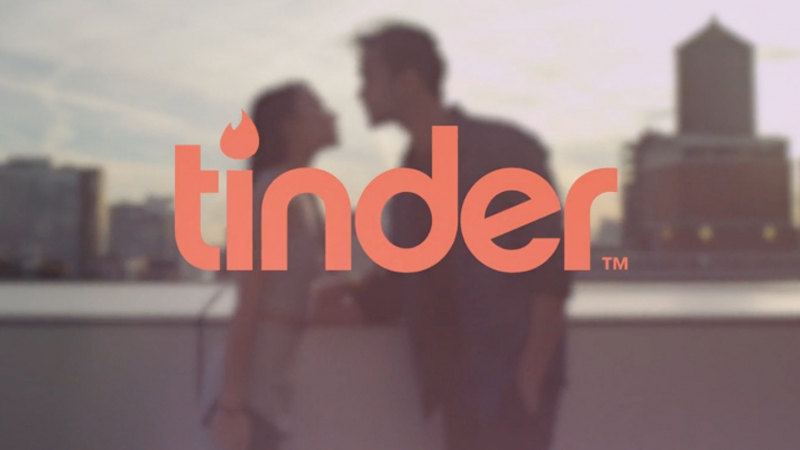