Child Care Counts is a company that offers financial assistance to working parents. We spoke to Founder, Debbie Brown, about her career journey thus far and the challenges facing female entrepreneurs.

How did Child Care Counts come about?

It came about the way a lot of not-for-profits come about, somebody sees a need in their community. The need for me was quality childcare for working parents. It’s so expensive all over the country but especially in the Washington D.C. area. There is government assistance for people at the lowest level of income but it’s those people in the middle, that make just enough to be disqualified from public assistance, that really need outside help. They can’t afford the price tag of quality care and are left with lots of really poor choices. I just happened to be at a point in my career where my kids were grown and I had more flexibility in terms of needing an income, so I decided this was the time to take the leap and work with parents who face these struggles. 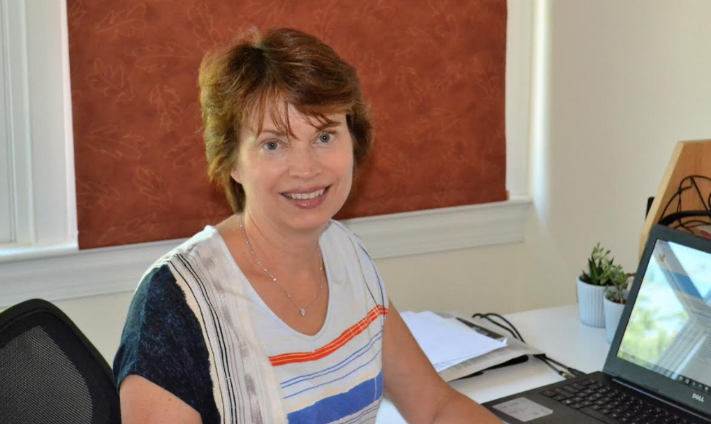 How does it work?

Originally it was going to work through an application system on my website but I quickly realised I would be overwhelmed with applications, being such a small organisation. So instead we work only with referring partners. Those partners could be a family support agency or another non-profit that provides other services. Not only does it limit the applications we receive so we’re not overwhelmed, it also means that the applicants have lots of wrap around services too.

For example if these applicants are coming from one of these other non-profits they may be getting mentoring, they may have a social services person checking in with them or providing classes for them. We’re just one component. Granted, a huge component because it relieves that whole stresser that these families can’t afford, quality childcare.

What was your background before this?

I’ve always been a self-starter and way back in the day (I don’t want to give away my age.) I was a computer programmer. One of the things I really loved about that was making things more efficient and more productive.

Then I stayed at home with my kids when they were little. I had the luxury to do that and it was my choice. Then I went back to work, I helped a startup finance company and I did a variety of things there. Regardless of the role, I’ve always strived to make things work better.

It sounds crazy when people say ‘did you major in public policy or did you have a background in childcare?’ I say ‘No but I’m not providing childcare I’m providing assistance for people and they make those choices themselves.’ Parents have the best instincts about what’s best for their child and they ultimately decide what kind of care their children will receive, we just facilitate it by giving them that financial support. There’s a few elements to it like we provide them with a financial planner who helps them evaluate their finances, look at debt reduction, educate them on how they should have the 401k set up and see what they can do to save.

And what about your support, how big is your team at the moment?

My team is all volunteers right now. There’s four of us but I’m the only one who is full time, the rest work on an ‘as needed’ basis. There’s no need to have a huge staff here and it means we can keep costs low so that the money that we receive in donations can go directly to the people it was intended for.

What’s been the biggest challenge so far?

We’ve had to turn people away who just didn’t fit the criteria and that’s been difficult. There’s no lack of people who need the support so there’s no shortage of applicants. Turning people down is always hard.

Aside from that, fundraising has been tough as it’s not really my background. I’ve always worked for profit so that was a bit of a learning curve for me but I’m getting better at it and the WeWork grant was huge for us. It gave us a little breathing room to shore up the fundraising component and plan for events in the future which was great. 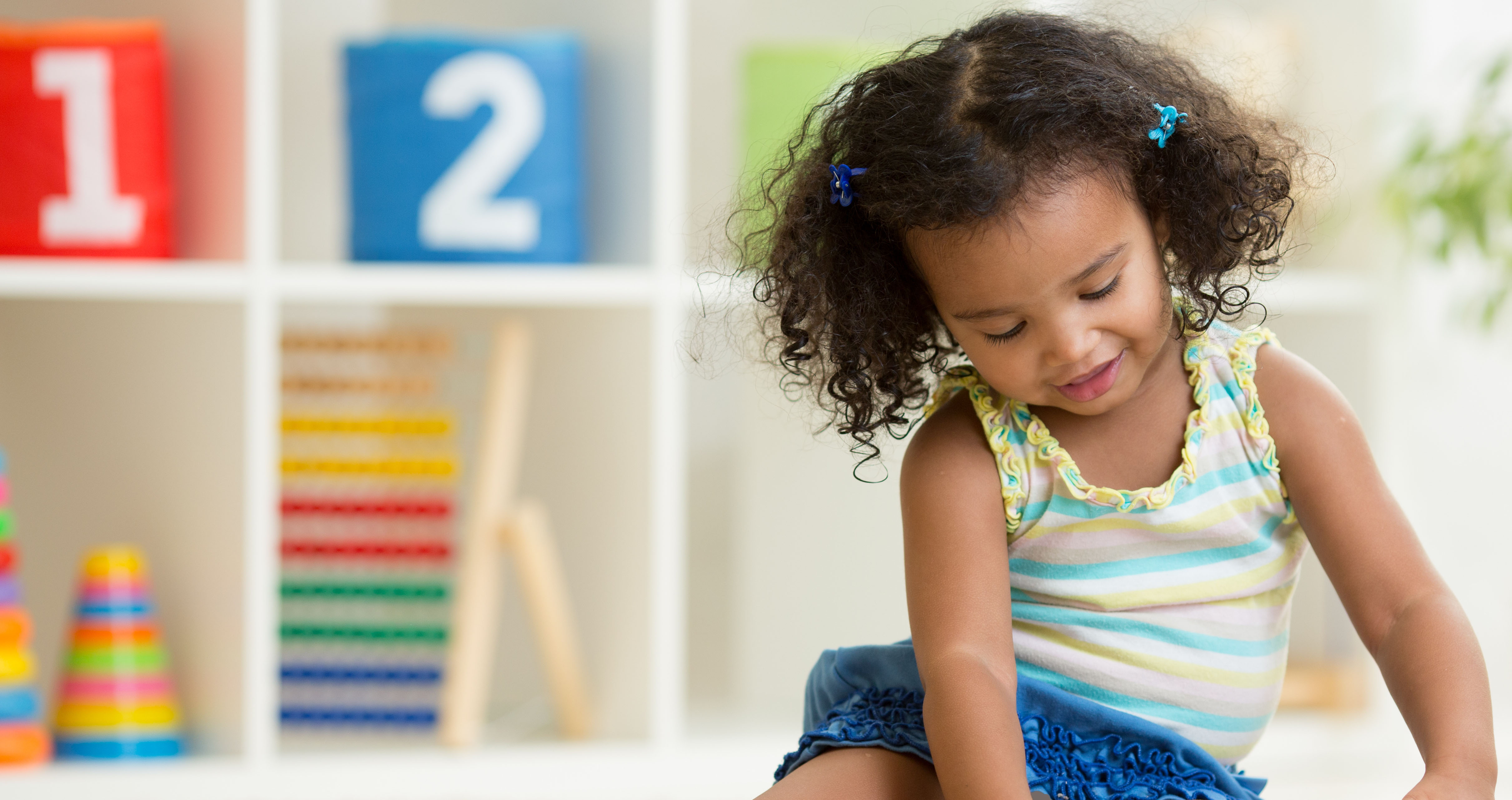 What’s been the highlight?

Winning the WeWork grant was an important highlight but it has to be the success stories. We had one mother who was working 3 nights a week, 12 hour shifts and then coming home and not sleeping properly because she couldn’t afford to put her child in daycare so she would just continue. She was also taking a course at university! We were able to provide her with three full days of daycare which was huge for her. She made the Dean’s list at her school this semester. Her child had made huge strides too. He had had a lot of language delays as he was at home all the time but he’s come on so much. It’s really been a win-win for her.

Seeing how the programme helps parents is so rewarding for me. We’re small but I think what we’re doing for the families we’re helping is huge. That’s a great feeling.

Any advice for someone considering launching their own business or not-for-profit?

Really really do your research. That’s something everyone says but it’s so important. I did so much research before starting out to make sure nobody was doing the same thing and that I wouldn’t be repeating someone else’s work. I met with lots of people who started not-for-profits but I still made mistakes along the way. It’s a learning curve and you need to be ready to invest a lot of time and money. Having people who support whatever you’re doing is also key, people who have your back. For me at the beginning, it was my board and closest friends and then as I’ve expanded my network it’s been the people I’ve met with agencies.

What do you think is the biggest obstacle today for female founders?

It hasn’t been my obstacle but today I think the main obstacle for younger women is dealing with their family. I’ve met with people who have started other not-for-profits and who were dealing with young children at the time. They struggled with balancing it all.

I also think that sometimes being female you’re not taken as seriously. A lot of women need to deal with that. You need to prove yourself everyday.

Yeah I think so and that’s typical of any non-profit you’ve got to win the trust of the person who is donating. For me as a female, I think people often look at it from the point of view of ‘what do you know about this and why should I trust what you’re saying?’ I don’t think anyone thinks that I’m trying to be dishonest but they worry about whether I’m looking at the right things. I have a lot of people that I consult with to make sure I am but that perception can be a barrier too. 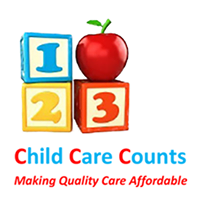 What’s next for Child Care Counts?

We want to keep expanding and improving the support we offer. We’re trying to encourage families to start planning and making their lives easier in the future. One thing we’re doing is if applicants open a 529 plan – which is a college savings fund for their children – for the first year we will match up to $250. I’m a huge believer in 401ks and saving for your kids college. I’m not talking necessarily about Harvard but being able to put something aside so that kids aren’t coming out of college with huge debt.

We’re also going to try to offer more services like online parenting courses through a local organisation that does classroom work. Our parents don’t have time to attend 8 weeks of classes but if they can get that same content online we feel like it would be of major benefit.

The key to our whole operation is really getting the word out there. I feel like people who aren’t in the same category as these parents don’t realise the struggle that it is. Even in my own social network when I talk to people about this they’re shocked and they can’t believe that daycare is more than a public university. We need to educate people on it so they’ll think about it when they’re voting and elect the people who are going to craft the legislation which will really make the impact. 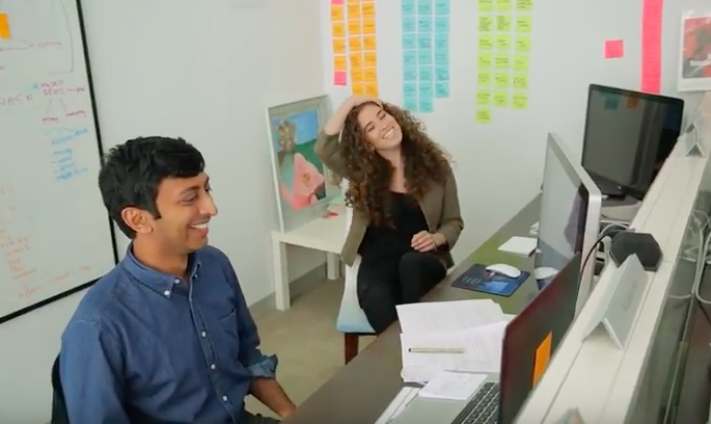 The Fastest Way to Make Friends at Work

The Fastest Way to Make Friends at Work