By Alice MurrayNovember 15, 2017For Talent

Does the thought of getting fired turn your stomach? Personally, it makes me feel queasy even thinking about it. But it’s important to remember that there are more important things in life than your job, especially one that is willing to let you go.

So, to prove our point we decided to reach out to three people who are actually glad they’ve been fired from their previous jobs.

Here are their stories. And remember, if you ever find yourself in a similar situation it is not the end of the world. 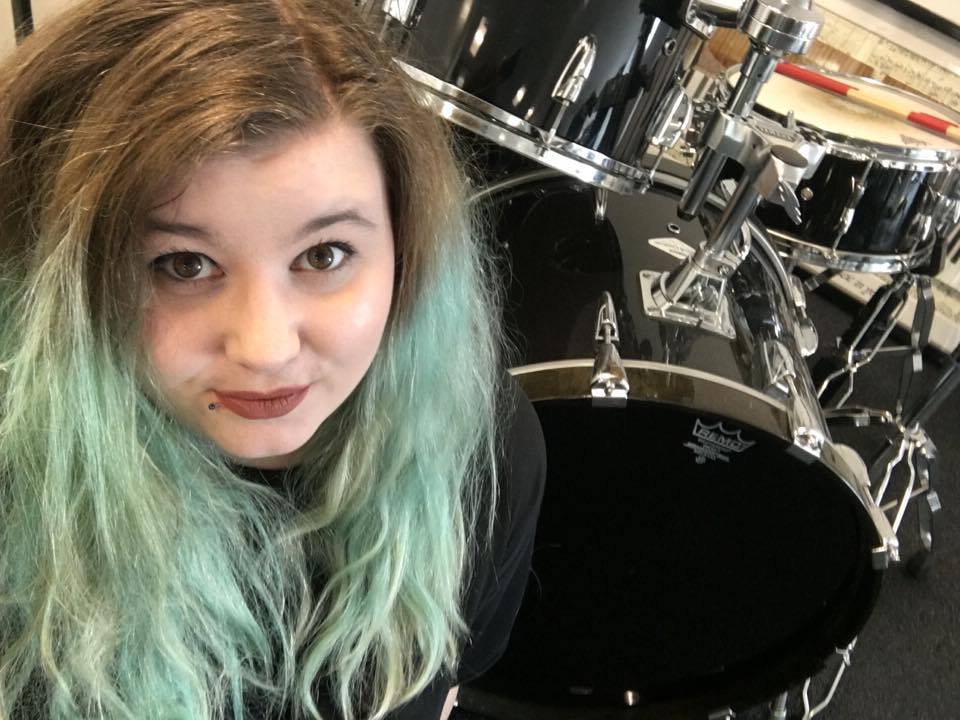 Where were you working when you got fired?

I was working at one of Manchester’s most celebrated social media agencies as a Social Media Executive, working for globally recognisable brands.

Did it come out of the blue?

On Friday evening I was asked for a meeting on the following Monday. After looking through my contract and finding a clause which stated that my mental health could put my job in jeopardy, I had a feeling it was coming.

I talked to my line manager before my meeting with the CEO. He assured me it was going to be okay and he would talk to the CEO prior to my meeting, so my nerves settled slightly. However, within the hour of finding out I was mentally ill, I was pulled into a meeting and fired.

I found out after that I should have had warnings for the reasons that were stated, so it became obvious to me why they let me go.

How did you react initially?

Initially, I was angry and disgusted that they could let go of me for something that was out of my control, however, it lit a fire in my belly to prove them wrong and to show them that people with a mental health diagnosis can still achieve great things.

What do you do now?

I am now Head of Influencer Relations at a startup influencer marketing agency, which I have helped build from the ground up.

Are you happier in your new role?

I am much happier in my new role than I was working for my previous company. I feel much more supported by my new colleagues, and I can talk openly about my mental health without being judged or shamed.

I also have a lot more responsibility and I am seen more as a cog that makes the company work, rather than a spare piece to pick everything up my manager couldn’t do when he was on holiday.

Overall are you glad you were fired?

Looking back, I am absolutely thrilled I was fired, as it has opened up a lot of doors for me and made me realise how miserable I was in my previous role.

Since being fired, I have gained a lot more confidence and I am more willing to speak out about injustices, including my own. I have been featured in the Guardian and the Huffington Post, which I never would have been able to do if I was still working at my previous company.

Being fired honestly set me free and I never thought I could be so happy about something that is commonly perceived as a negative.

What advice would you give to someone in a similar position?

Don’t wallow in self-pity, use being fired as an opportunity to better yourself and find new opportunities. Pursue that hobby you’ve always wanted to or chase that career change you’ve been dreaming of. Being fired should give you the freedom to choose what you want to do next.

It’s not the end of the world, it’s the beginning of a new one. 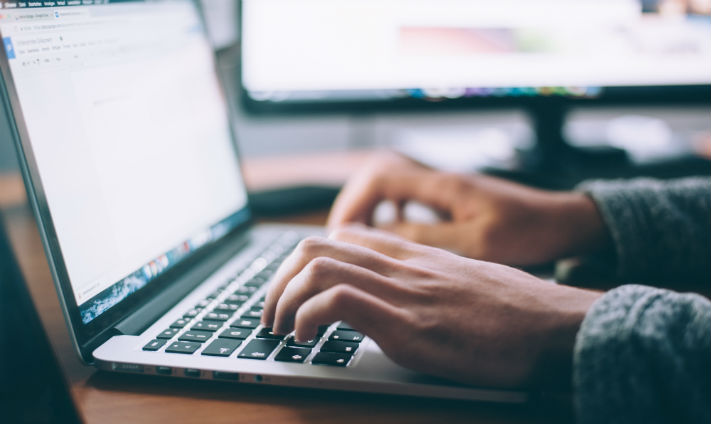 Where were you working when you got fired?

I was working at an ice cream parlour. I have nut allergies and they are a nut-free ice cream place so I thought it was perfect.

Obviously, I’m very fussy. I’m one of those particular workers and I like everything to be efficient. People were making things a lot more complicated.

I took an allergic reaction to something and I had to go get some medicine and the girl starting winding me up saying ”Maybe you can’t go anywhere.” There were a few moments like that.

I got an email a few days later and they said they’ve sacked me. My friend had died that week so I was already not in the right headspace.

That same week I had applied to do a NASA Hackathon and I was worried about getting time off to do it. When I saw the email I thought well at least I don’t have to worry about that anymore. I was in the group that won the London round. We ended up in the global nominee round.

What are you doing now?

After the hackathon, I realised I was more clever than I thought. I worked on a system that deals with managing natural disasters using technology. I founded a tech company that is launching in January.

If I hadn’t been put in that situation I don’t think I would have been brave enough to launch it. I had already been working on the project but it was a bit slow and I was a bit apprehensive but after the NASA thing I realised I do know what I am talking about.

What has the experience taught you?

I have a lot more freedom. When you’re in a job you get complacent because you have a backup plan. I had to be really creative and manage my money a lot better. It’s taught me really good life skills.

What advice would you give to someone who has just been fired?

If you’re at the point where you’re being fired then sometimes it is a good thing. If a job is not good for your productivity or your mental health then you really need to reassess if it’s the right place for you to work. 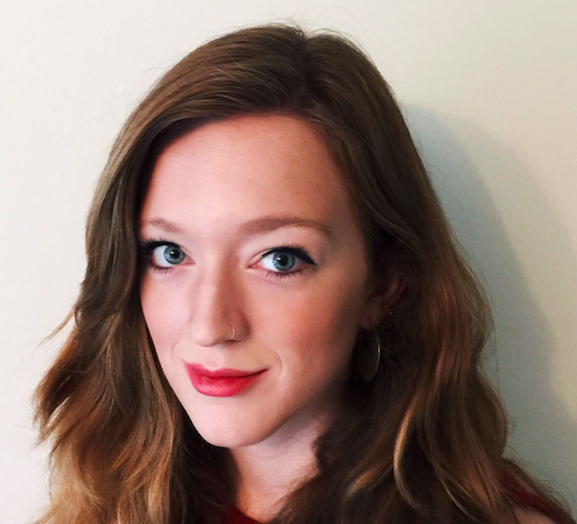 Where were you working?

I was working for a UK digital marketing agency. I had been there for over a year.

How did you get fired?

I got fired with no notice on the last day of my holiday. Because they hadn’t got round to giving me a contract they didn’t need to give me any notice. They didn’t really give me a reason either. They just told me ”Don’t come back.” I think it was a five-minute phone call. I asked them ”What will I do with my clients?” and they said ”Oh, we’re not sure we haven’t thought this through.” It was so unprofessional.

Why do you think were you fired?

Things had gone south in terms of my mental health and in terms of how appreciated I felt. I was asking a lot of questions because certain departments had really bad management and very high staff turnover. I was seeing a lot of issues which I think is why I got fired with no notice. I was asking too many questions.

What do you do now?

I’ve always wanted to start my own company so my initial thought was well, I guess now is the right time to do it. The first thing I did was contact a client that I had sold a package to and asked him was he coming with me and he said of course. Then I took some downtime because I was burnt out and now I am a few weeks into properly starting my own company, Plant-Powered PR.

Are you glad you were fired?

I am very glad that it has happened. I did want to quit because I was getting so underpaid and overworking myself. I was just a little bit scared of making that jump so I think it was a good thing that I was pushed.

What advice would you give to someone who has just been fired?

Look forward, don’t look back. Try and find something that you’re really passionate about because when you love what you do the hard work doesn’t seem like hard work. I can work until one in the morning with my new job and it doesn’t seem like a chore. I’m enjoying every moment of it. 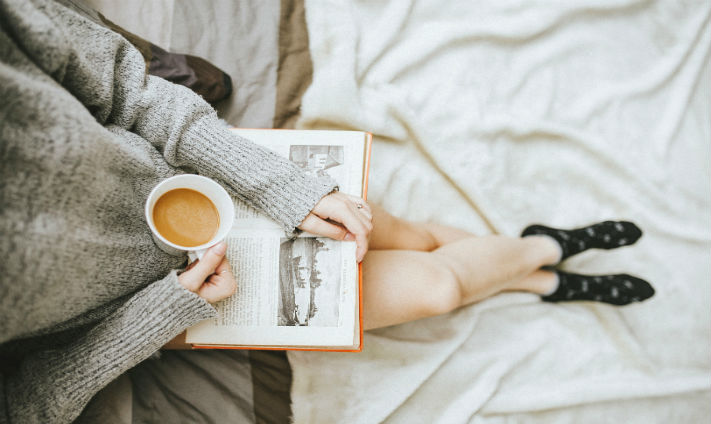 6 Books Every Graduate Should Read

6 Books Every Graduate Should Read