By Alice MurrayDecember 7, 2017For Talent

In general, we are uncomfortable with the topic of death and dying and that infiltrates into the workplace.

We asked Educational Consultant and Grief Counsellor Andrea Warnick about the best ways to comfort a grieving workmate.

Warnick encourages employers and coworkers to reach out to grieving colleagues. If possible you should do this before they return to work.

”If employers could reach out and say ‘We’re just wondering how we can best support you when you come back. Do you want people to come up to you and acknowledge the person who has died in your life or would you rather that people didn’t acknowledge it?’.

”The challenge with grief is that it is really individual. You’re giving them the power to decide how they want this to go.”

Talking to your work best friend about a family death may be easy but how do you support a colleague that you barely know? Warnick has some great advice.

”Across the board acknowledge the death. That might be sending an email or even the lost art of condolence cards (people love getting cards). It doesn’t always have to be that we are actually saying something but it is important to acknowledge the death in some way and then give the person the ability to communicate how they want to be supported in the workplace.”

In general, you should take the lead from the person themselves. They will know how they want to be treated. There are however a few things that you shouldn’t say according to Warnick.

”A lot of people fall into the fix-it trap. Generally, in terms of communication avoid anything like ‘Well, at least he isn’t suffering’. Anything that starts with ‘At least’, don’t go there. Nothing that’s aimed at fixing the situation.

”The best thing that we can do is acknowledge that this must be really tough. People will often say things (well-intended) like ‘I don’t know how you’re so strong’ or ‘I don’t know how you do this’. We only say ‘you’re so strong’ to people when they are totally emotionally contained. That actually backfires because when they’re feeling emotional they think that they’re not being strong.

”Don’t say that to someone unless they are on the floor weeping and allowing themselves to be vulnerable because that’s the bravest thing someone can do.”

Another sentence that you should avoid is  ”How are you?” It may sound simple but for a grieving person, this question is hard to answer honestly. Do they lie and say they are fine or actually admit they are feeling low?

”’How are you?’ to a person that is grieving is so loaded” explains Warnick. ”That’s exhausting. Say ‘It’s good to see you’ or ‘I’m thinking of you’.”

Over the next few months, you should also be aware of certain times that may be hard for your colleague.

”Have it on your radar. If it’s Bring Your Kid to Work Day and one of your colleague’s kids has died that could be a really hard day for them. Be aware of the anniversary of the death or the person’s birthday. Say to the person, ‘I just want to let you know that I am thinking about you today.’ You don’t need to have a big conversation but you’re just acknowledging that this could be a hard day.”

Grieving at work is never easy but by offering your support you could make a massive difference. 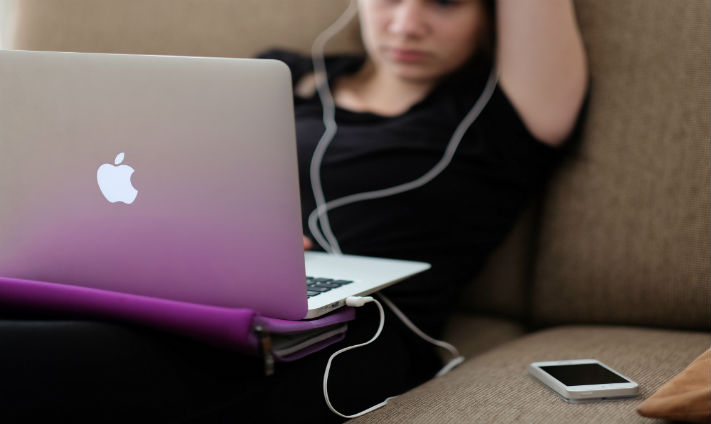