What Your Desk Really Says About Your Personality

By Alice MurrayJanuary 24, 2018For Talent

Albert Einstein once said, ”If a cluttered desk is a sign of a cluttered mind, of what then, is an empty desk a sign.”

With that quote in mind, why don’t you take a quick look at a recently released picture of Donald Trump’s desk… 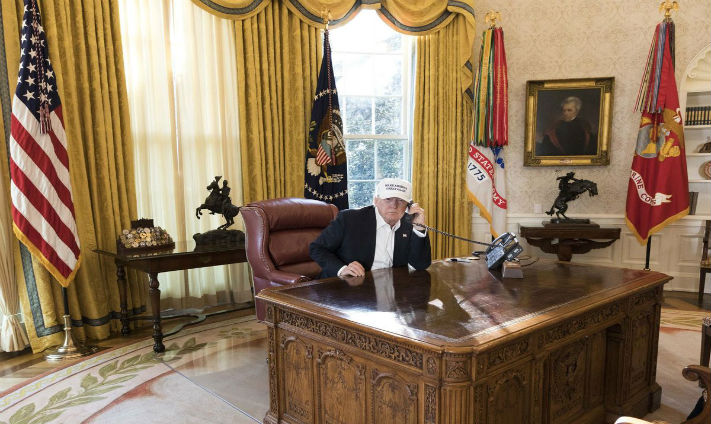 There is something obviously ”off”’ with the whole scene isn’t there? It’s not Trump’s gormless stare or his obnoxious ”Make America Great Again” hat, it’s the lack of objects on his desk.

After close scrutiny, you can see that there’s not much on the pristinely polished desk. No important government papers, no half-eaten McDonalds cheeseburger, no giant red nuclear button (hey, we were all thinking it).

Nope, the only thing on Mr. Trump’s desk is a Sharpie marker, a coaster, his phone and a small wooden box (we’re presuming that’s where the button is hidden).

Naturally enough the picture caused an absolute Twitter storm when it was released by the White House this week. People immediately compared Trump’s desk to that of former (and more popular) presidents.

Hey, all you People Who Know Desks: Does this look like the desk of somebody who works? #desktwitter #iknowyouareoutthere https://t.co/hrKMeN1ZAo

The desk thing is still bugging me. pic.twitter.com/CEY0xdJcpY

We know it’s unfair to presume that Trump is lazy just because his desk is devoid of any signs of actual work. Who knows, maybe he tidied up before the photograph. But the picture did get us thinking. What does your desk really say about your personality? Can you tell what kind of worker someone is just by looking at their workspace?

Well, apparently you can. This infographic from JFK Binding delves into what your desk says about you.

There’s always one person in the office who is notorious for having a messy desk. Coffee cups, old reports, half-eaten lunches, the list goes on and on.

The good news? These workers are usually very friendly and creative.

Sleek, organised and tidy are just a few words that you could use to describe this desk. Minimalist workers are often detail-orientated and reliable. However, others might think they are a little boring. 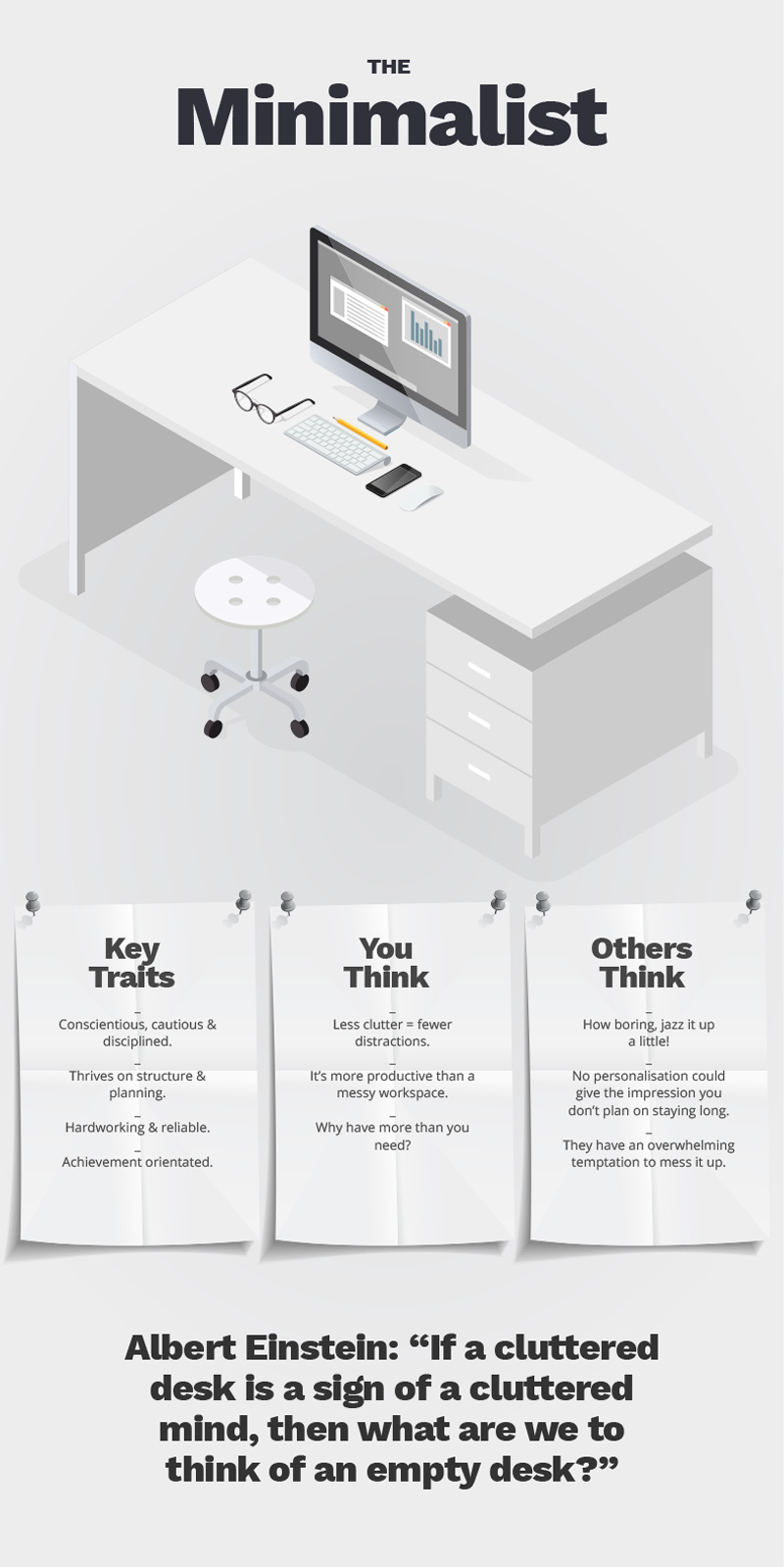 This person is probably off sick more often than not. Their desk is strewn with medicine, painkillers, and old tissues (gross!). They are usually easily distracted, probably by anti bacterial wipes. 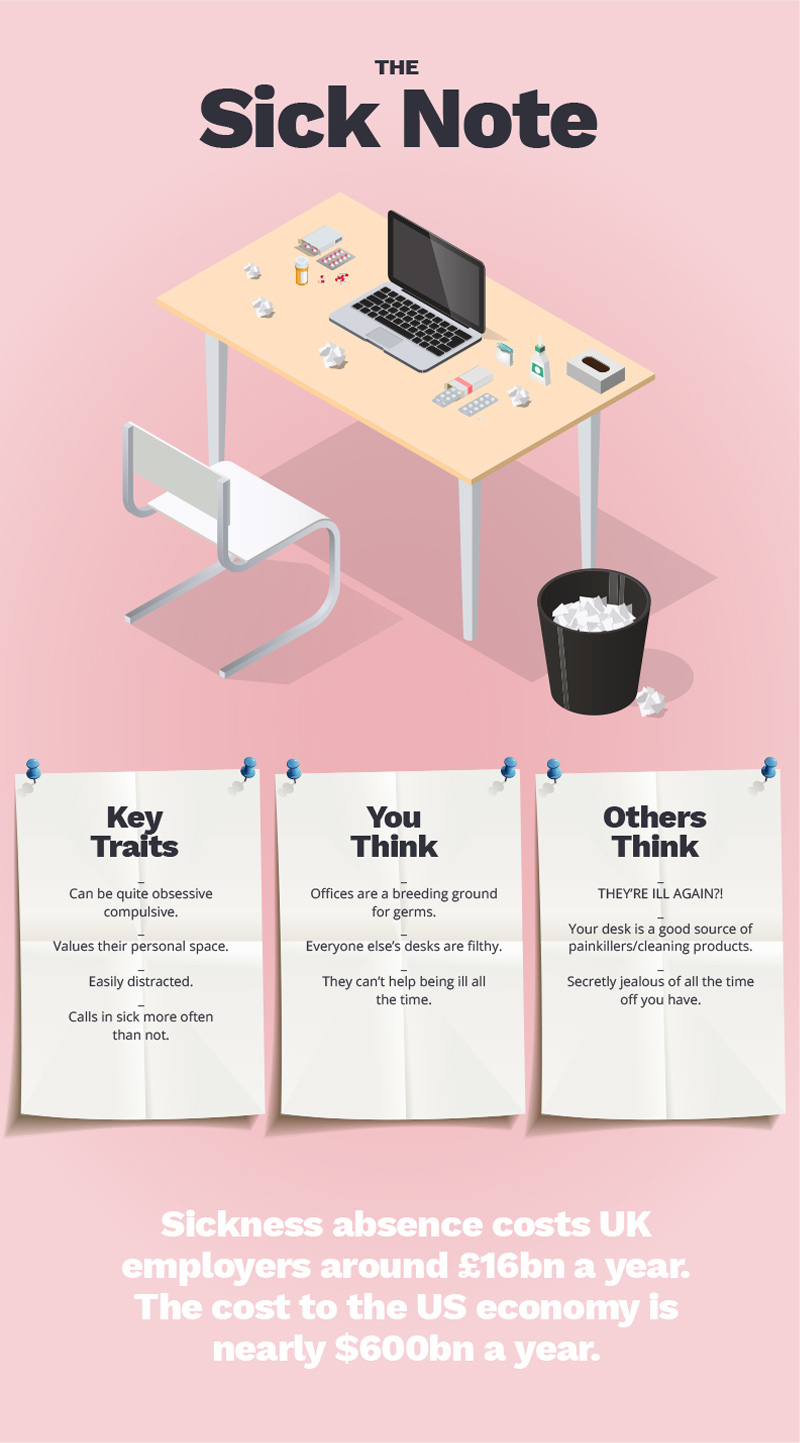 This person has every gizmo and gadget they could possibly need to get the job done. While their desks might be messy, they’re curious and eager to experiment. Plus they’re your go-to person if your computer crashes. 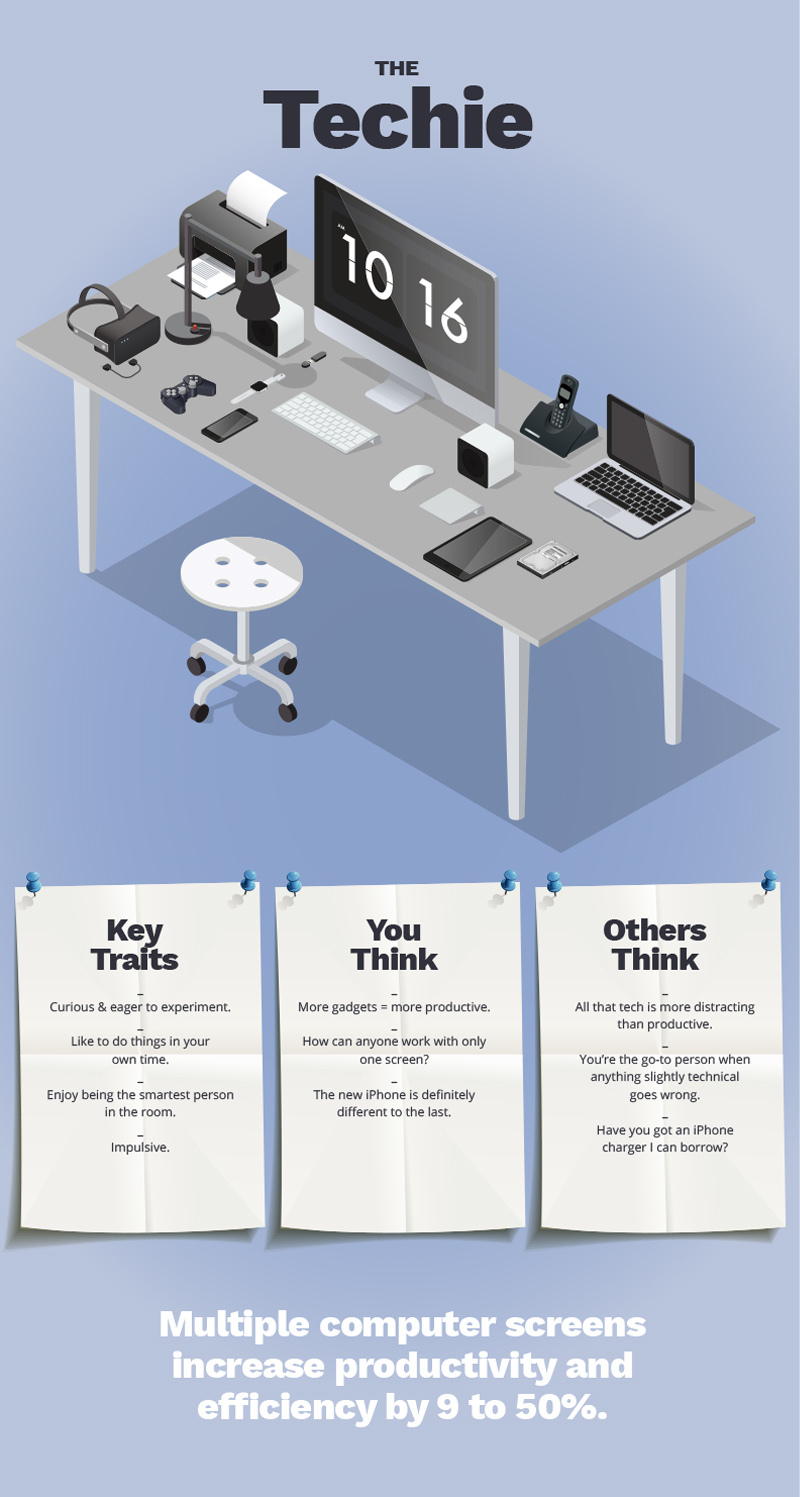 Some people like to inject their personality into their workspace. Personalisers tend to be extroverts and add things like plants, photos and souvenirs to their desk. This is great just make sure that you don’t encroach on anyone else’s workspace. 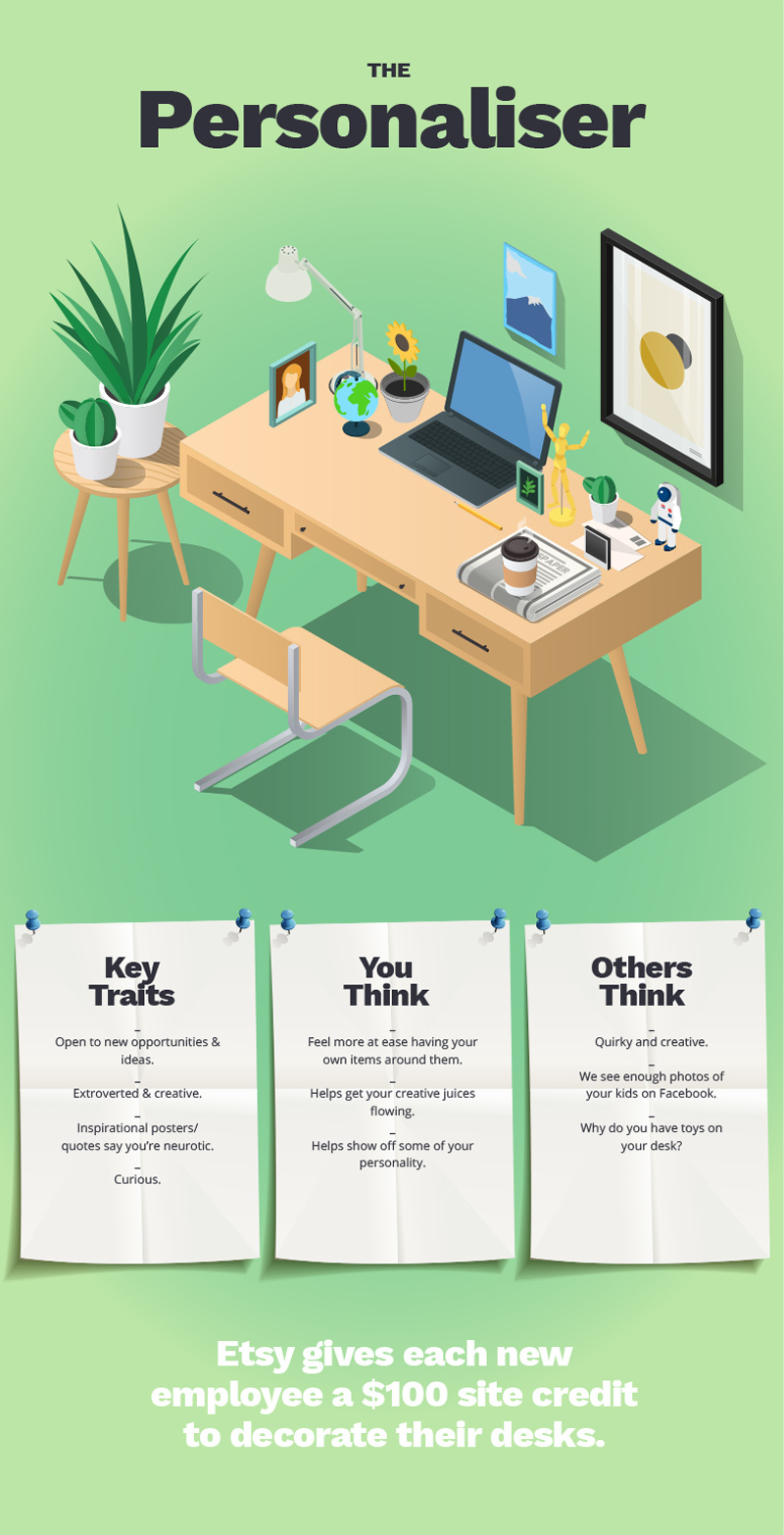 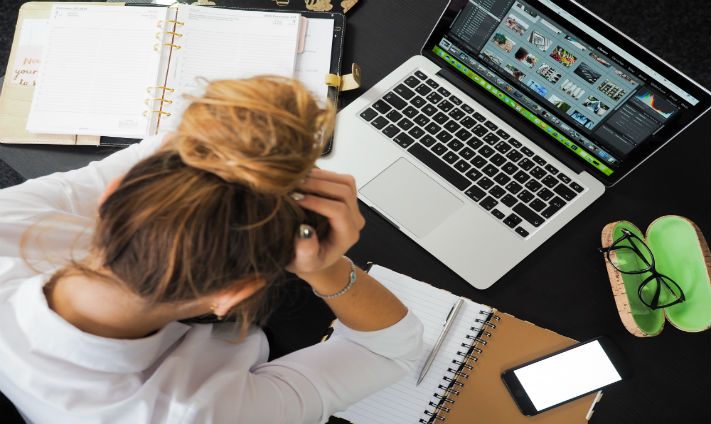 Are you Addicted to Stress? Here Are The Telltale Signs

Are you Addicted to Stress? Here Are The Telltale Signs