Stemettes: Inspiring the next generation of women into STEM

In 2017, UK women made up just 23 per cent of STEM workers and 24 per cent of graduates in STEM subjects.

There are many possible reasons for the underrepresentation of women in STEM; from archaic gender stereotypes, to a perceived ‘boys club’ culture, to a lack of female role models being championed in the sector.

STEM is the future, a future that requires a greater female presence. So how do we do make it happen?

One organisation doing their bit to affect change is Stemettes; a social enterprise that inspires, supports and encourages the next generation of female talent into STEM. Anne-Marie Imafidon is the Cofounder and CEO. Having completed two GCSEs in maths and ICT aged 10, and an A level in computing aged 11, Anne-Marie has long been an advocate for the participation of women in STEM.

We spoke to her about how to encourage greater diversity in the sector, the shedding of labels and the necessity of continuous education. 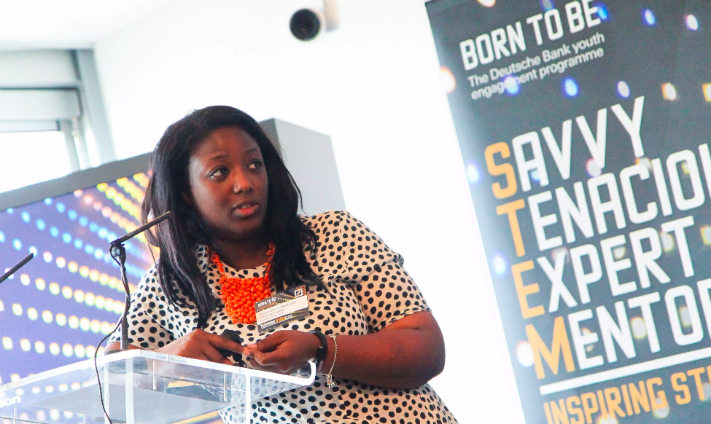 Why are there so few women in STEM?

I think it’s a social norm problem and a perception problem that feeds into the education system, it feeds into what we as a society accept as parents, accept as teachers, talk about in the media and on tv and in films. It’s that perception that women aren’t technical. So even if you’re in a team with great women, that image or message can still be there that maybe those women don’t belong there or they won’t flourish.

It starts at such a young age I guess it’s hard to break the cycle?

It’s from both ends – within technology 45 per cent working in the industry don’t have a technological background and so it’s important to make sure it’s part of girls’ formative years, having a positive experience in STEM. That said, you could actually join the sector at any stage the way opportunities are emerging. You don’t have to have been great at maths in school to join the STEM industries.

It’s going so far that even if you’re working in a sector that isn’t traditionally technological there are huge opportunities for tech to be integrated. If you look at the disruption in the travel and hotel industries, you still need to have an understanding of how those industries work to be able to build the technology around that. So it’s not just about focusing on girls in schools but also the ageing workforce too.

What is the solution to getting more women and girls into STEM?

I think we need to show a little bit more of the creativity and altruism that’s involved in it. Girls have different motivators. When they do take on these subjects they tend to do really well in them and outperform boys, so I think it’s more about giving them a really tangible reason for choosing it.

I also talk a lot about the power of media and characters on television. So even if you don’t think you’re scientific you may come across a character you identify with who is. Like the Ally McBeal effect where suddenly all these young people are interested in a career in law.

What can companies be doing to encourage greater diversity in tech?

I think companies could be doing a lot to retain the women they already have. Exit interviews are a great way to piece together why these people have left or been lost, what happened. Lessons like flexible working for all – not just for working mothers but for working fathers too and also people who don’t have children.  If you’re flexible enough you can allow people to prosper and be in control of their career.

We need to watch the language we use in the workplace too. How many times have people been called bossy in performance reviews? It’s such a loaded, heavily gendered term. Same goes for job descriptions, we need to make sure they’re not geared towards a specific set of people. When you’re hiring make sure you have balanced panels, when you’re promoting make sure you have balanced panels.

Where do you stand on gender quotas?

100% for them. The system hasn’t worked so sometimes you need to force these things. I know that sometimes there is the counterargument that you might feel devalued or that you’re only there as a token but it’s an interesting position.

Being a token isn’t what makes people listen to you in meetings. Your whole value doesn’t lie within the transaction of being brought in to reach a quota.

Progress wouldn’t be as slow as it has been if we had quotas. I mean equal pay legislation was brought in in the 60s and it’s still going to be another 100 years before we close the gap.

The higher impetus is that because technology is so ubiquitous and because it’s affecting so much of our lives, we have to work a little bit harder to ensure we have balanced teams to create the technology and make decisions on the kind of technology we’re building. Otherwise we will head towards the Black Mirror, dystopian, robots-will-kill-us kind of vibe if we don’t have different types of people building them.

Have you experienced much of a boys club culture in the sector?

I’ve seen bits of it. I’m young and black and female so a lot of the time if I’m experiencing microaggressions or whatever it might be, I’m not always equipped to break down whether it’s because I’m black or a woman.

Having good managers and a great organisation around me meant that in a meeting if someone wasn’t convinced I knew what I was talking about in relation to collaboration technology, that person was quickly corrected. I also had the channels to say ‘actually I do know what I’m talking about and I’d like to be treated as a valued member of this team rather than just dismissed.’

I can’t change who I am, I can only change the environment I’m in. 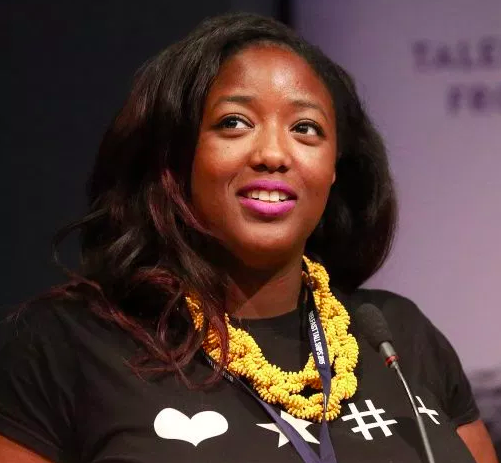 What’s been the biggest achievement of your career to date?

The project that we did at the MET in 2015, that was a tech incubator house for teenage girls. We had over 100 girls from across Europe, living 36 at a time under one roof. They had inspiration sessions, workshops and support from people within the tech ecosystem on their own startups. We had 30k in funding available for the girls to draw down on and train in startups that were launched on the demo day. That was one of the biggest achievements for me because we genuinely built a community of girls who are really strong and close to each other, who were just as interested in 1D fan fiction as they were in acquiring CTOs for their startups. That’s still a network that they are relying on today. They are a tight knit group and it’s really quite powerful.

And what’s been the biggest challenge?

I’m a mathematician and a computer scientist which means I do a lot of logic and algorithm and human beings aren’t very logical or algorithmic. My biggest learning has been working with people. People are messy which I’m still learning how to deal with. No two people are the same, not all women are the same and just because you have an aptitude in one thing doesn’t mean you can’t have an aptitude in another. Labelling allows us to classify things and try to make sense of the world but it doesn’t accurately show what’s happening or what someone is capable of. There’s only so far a label can go.

#RiseHack: Why my first hack certainly won’t be my last …

Check out what happened when 13-year-old Jamila took part in #RiseHack with her sister in 2016 https://t.co/jZ0EzL2GiP

Speaking about labels, do you think technology has affected the educational system in a way that has changed how we label or classify students? Does it have the capacity to do so?

AI is something that people are talking about a lot lately and I think that personalisation is something that has been largely missing in education up to this point, something that has acted as a failure to so many young people who are unsure of what they want at 17. I would love to see more qualifying and testing of the curriculum – things we decided to commit to memory 30 years ago aren’t necessarily what we need to commit to memory now. We need to think a little bit more about what we’re testing and why we’re testing it. We should think about how we’re testing people – should we really be taking a snapshot on one particular day or do we now have the capability to take that snapshot over an extended period of time. Is there a better way to measure or classify how someone learns?

Encouraging adult learning and reskilling is really crucial. For the younger generation it’s going to be easier to indoctrinate them into continuous learning so we need to focus on programmes for lifelong learning that are free to access or incredibly affordable. As well as that we need to give people motivation for accessing them and studying. Giving people a reason to learn and an awareness of their options is key.

Read more about women in tech. 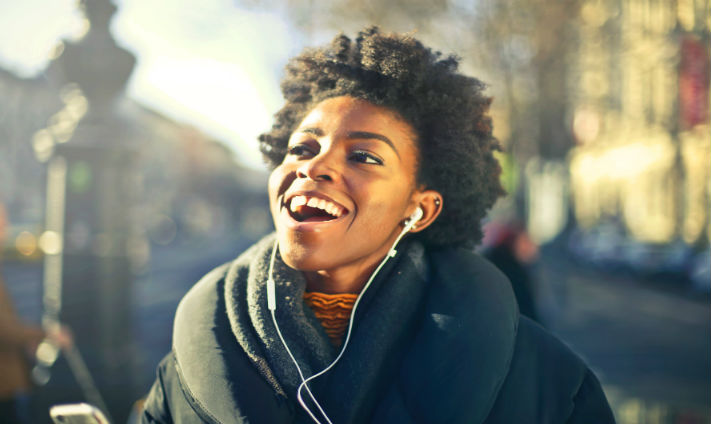 How to be Happier in Your Job

How to be Happier in Your Job