By Alice MurrayOctober 31, 2018For Talent

So, you think dealing with a nagging boss or a know-it-all colleague is hard? You should take a moment to think of the poor souls working in the spookiest jobs around the world.

This Halloween we decided to take a look at some of the creepiest roles available. You’ll never complain about emptying the staff dishwasher again.

If the thought of chopping up meat makes you squirm then you probably wouldn’t be a very good butcher. While butchers do not kill animals themselves (that’s all done in an abattoir) they do have to prepare the carcases for our dining pleasure. Vegetarians need not apply.

Undertakers are professionals that provide funeral and embalming services for the dead and their families. You’ll need to be comfortable around corpses and have a lot of empathy. While it’s not a very appealing role, there is always going to be careers in this field.

The main responsibility of this job is preparing plots for a funeral service. It can be quite a physical role due to the nature of the work. Plus you might have to skulk around graveyards after dark which makes us just a little bit nervous.

Do you think you could bring the dead back to life? Okay, that’s not exactly what a taxidermist does but they do work hard to stuff and mount deceased animals in a realistic way.

A forensic scientist investigates deaths and injuries as part of a criminal investigation. It’s not quite as glam as it’s made out to be on shows like CSI. A lot of their role includes collecting evidence and recording sometimes brutal crime scenes. It’s not a job for the faint-hearted.

A haematologist specialises in blood, blood-forming organs and blood diseases. If you’re squeamish around the red stuff then this definitely isn’t the career for you. Sure, it’s a noble and important profession that saves lives every year but there’s something about being around lots of blood that makes us feel a little faint.

Small rodents, creepy crawlies and huge insect infestations, these are just some of the things that exterminators have to face at work every single day. They need to have a cool head, a strong stomach and a high tolerance for nasty smells.

There are plenty of risks associated with mining, from crippling claustrophobia to lung conditions. And that’s not even mentioning the ever-present fear that you might get trapped underground.

Death, blood and insects, forensic entomologists have to deal with them all. They use the creepy crawlies found inside human bodies to determine how long someone has been dead for. Yup, that’s pretty much our idea of hell.

Do you have a flair for amateur dramatics? Every year thousands of people around the world find jobs in haunted houses or ghost tours. Facepaint is usually mandatory and you’ll need to be around screaming people for the majority of your shift. That sounds pretty horrifying to me.

Okay, we’re never complaining about our jobs ever again.

Find your next job on Jobbio today. 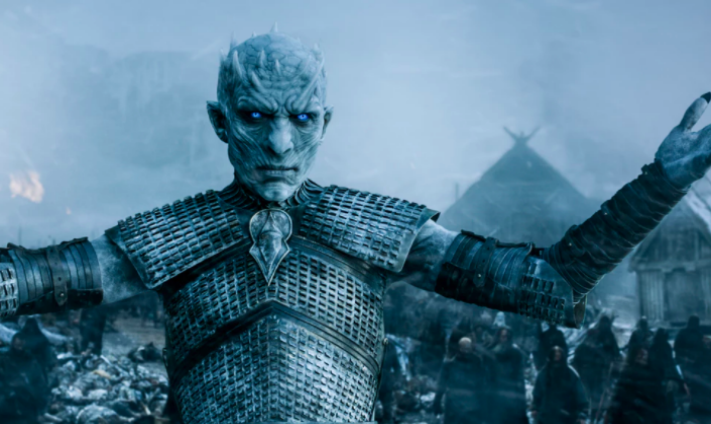