By Cassie DelaneyApril 4, 2017For Talent

I have sat on both sides of the boardroom table and there is one question that I always stumble on: what are your salary expectations?

The first time I was asked this question was several years ago for a content creation job. I expected the question as the job application ad excluded all reference to salary. I prepared as best as I could by researching average salaries online but unsurprisingly, I was unable to find a definitive fair figure.

With little to no direction I felt pangs of anxiety as half a dozen scenarios swarmed through my head – I predicted the employer would be aghast and abruptly cease the interview. As it happened, I plucked a figure from thin air and the interviewer failed to flinch.

I got the job with the salary I had asked for and for too many years that figure guided my progression. My salary determined how I lived my life, where I lived and ultimately how I understood my own worth.

Over time, through networking, socialising and alcohol induced confessionals, I learned what my peers earned. As expected, there were disparities: sometimes minor and sometimes significant. The difference in our earnings changed how I felt about my position and my career. I was jealous of those whose earnings exceeded my own, and I grew dangerously resentful of my managers. I ultimately moved jobs and used the intel I had gathered to negotiate a much more liveable salary.

I had undervalued myself because as a young woman in the workforce, I had no guidance or reasonable expectation. I simply did not know what a fair salary was. Nobody spoke openly about it and that silence had a negative impact on my life (and my credit rating).

Now, in roles where I sit on the other side of the interview table, I see young women make the same mistakes. When I ask what they expect, I feel the same pangs of nervousness as they shrug and stumble and suggest a too-low figure. But here’s what I’ve come to understand about that question: the value is irrelevant. The number you offer can always and most likely will always be negotiated. What I, and other employers want to see, is a confidence, a hunger and self-awareness. That awareness can only come from a more open and transparent discourse about money and income.

It’s 2017, we can put people in space, we can communicate instantly with anyone on the planet but we still can’t pay men and women the same salary. It’s futile to talk about the reasons the pay gap still exists. It’s a complete waste of time to urge employers to consider the ethical approach instead of the bottom line. What we can do, is educate people about their worth.

Much less drunkenly than I did in the infancy of my career, I am gathering intel. We at Jobbio are working to expose the gender pay gap, literally. In order to do this, we need to have a frank and honest conversation about pay. We need women and men to tell us what they earn, where they earn it and for how long they’ve earned it.

Later this year we’ll be releasing a video that will plainly reveal the truth and blatantly, bluntly and definitely state what constitutes a fair salary.

To take part, submit your salary details through this form. 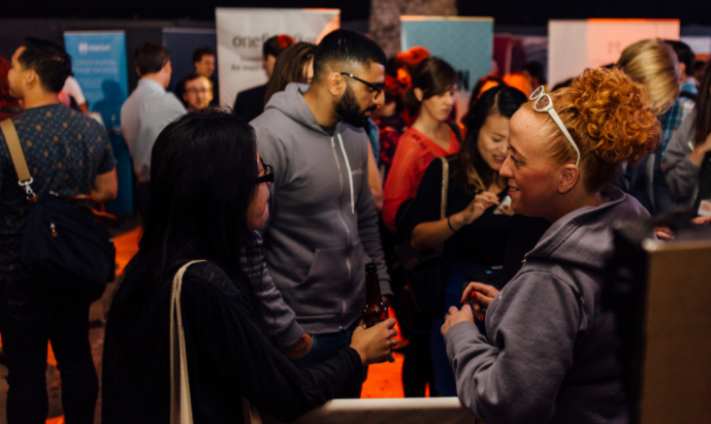