By Alice MurrayNovember 10, 2017For Companies, For Talent

Earlier today we launched our brand new Jobbio channel, #ShatterTheGlass. The channel was formed in response to our research into the gender pay gap earlier this year. Through this project, we were disheartened to find that a huge gender pay gap still exists today. But instead of simply shaking our heads in disgust we decided to do something about it.

We have invited companies that are dedicated to ending the pay gap to advertise their live jobs on the channel. Here are just a few of the brands taking part.

Why are you excited about the #ShatterTheGlass initiative?

”As a company founder, you get this amazing opportunity to build a diverse company culture and a great place to work, where people feel that their work makes a real impact to the company’s goals. This isn’t an easy thing to do. It’s something we’re working hard on every day to improve, and it’s fantastic that Jobbio has recognised us in this way.”

”We’re very happy to be part of and support this initiative on a number of levels. Most importantly to bring the subject into our consciousness to ensure that any pay discrimination on gender, race or religion is eradicated from our working lives. As a dad of two beautiful girls,  I would be so annoyed if they were discriminated in any way because of their gender. Equally, I would welcome anyone who has experienced such discrimination to come and work for Net Affinity.”

Do you think people are aware of the gap?

”In light of the recent pay gaps that were highlighted in the BBC and RTÉ, among others, there is certainly a greater level of awareness about gender pay gaps. In Deloitte, we have seen people become more comfortable with discussing their remuneration packages and bonuses with their peer group than in the past so any disparity would be known pretty quickly! Generally, there is a reliance on the employer to be fair and equitable in pay determination, but in a lot of cases you will get what you ask for, and negotiation of remuneration packages can be a critical skill set.”

”Parity is paramount in an organisation and unfortunately, diversity has become more of a check-list exercise for most organisations. As a woman in the recruitment industry and a business owner, I am privy to all salaries and benefits. My advice to anyone looking to hire and create a more diverse workforce is to not only ensure all salaries are parallel but to also ensure all benefits are in line and favourable. For example, a woman shouldn’t be financially “punished” for having a child and taking some time out – their skills haven’t all of a sudden become rusty – unless proven otherwise.”

”By the very definition of my role, I spend a lot of time pondering diversity. Working in tech, our focus levels heavily on encouraging more females to consider a career in engineering, as well as working hard to seek out those that are already working in this arena.

It’s a hard fight as the odds are stacked against us but we remain determined.

As a woman, I’m aware that I have natural strengths in understanding the limitations placed on women through our socialisation in society. I get it because I live it.

I can see how the conversation that society has with us from a young age gives us clear messages about what we are able to achieve, what we should aspire to and how we should hope to get there. As we all know, those pressures can be fairly intense.” 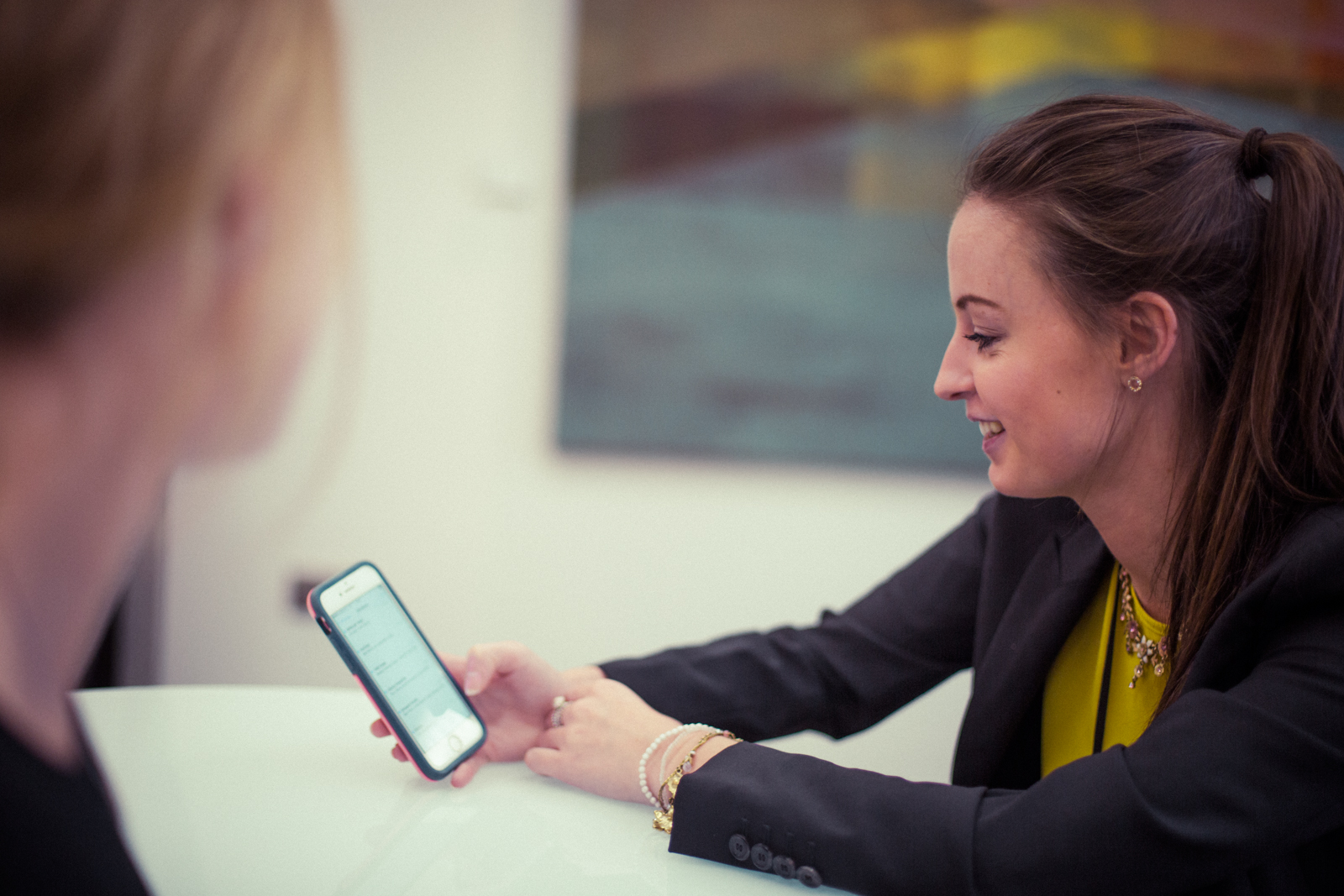 How can we bridge the gap?

”Public Companywide Diversity Data: We can make our gender data public in order to encourage tech companies. This has been done with tech companies in the U.S with Google, Apple and Microsoft publishing their diversity numbers. Publishing numbers gives us goals to reach
Since I joined Revolut in July, the female hiring rate increased by nearly 20% (19.11% to be exact)

Improve hiring practices: Removing gender bias when interviewing candidates has proven to be an effective way for employees to improve their diversity numbers. Unconscious bias is defined as the unintentional predisposition that prevents companies from hiring a heterogeneous technical workforce.  However, studies suggest this favoritism can be easily remedied by a diverse hiring committee which can improve an interviewees’ experienced and excitement towards the company. Revolut counteracts that by diversifying the hiring committee and including women in the decision making.”

”I believe companies can disrupt the gender pay gap. At SurveyMonkey, we proactively monitor our pay practices, and on a bi‐annual basis, review pay decisions and positions relative to the market through the lens of gender/racial diversity. This quarter, we rolled out training to identify and mitigate unconscious bias in the workplace and to promote the culture shift toward equality, hosted a talk on microaggression, and engaged an external firm to conduct our first‐ever gender pay study.”

”I think the most obvious industries here that can make a real difference are tech and start-ups (and we fall into both). Technology has enabled start-ups to be much more flexible and agile, particularly when it comes to allowing employees to work remotely and work different, abnormal hours. This allows us to cater to a more diverse workforce.

The challenge is educating start-ups, who tend to have younger workforces about the benefits and bottlenecks to diversity (such as unconscious bias) so that they can take advantage of this flexibility and consciously use it as an enabler. It is our responsibility as leaders, therefore, to educate our teams, companies and industries on these topics as well as role model the behaviors we want to see. This is why I speak at Diversity in Tech events as well as speak openly about my roles as both a CCO and a mother.”

”Awareness is a key factor that will help alleviate this gap. OSG Vericlaim is actively promoting uniqueness within the workplace through an intensive Diversity and Inclusion awareness module. This module commenced in June 2017 and is currently being rolled out companywide to encourage belonging and participation among all colleagues. Promoting uniqueness and understanding the challenges that face women within this market can reduce this gap through best practice sharing…

In order for women to successfully climb the ladder and for the proportion of board representatives to be gender equal, equality of opportunity needs to be established within an organisation. This requires the constant and consistent monitoring of gender balance among all teams. OSG’s recruitment department consistently report on team gender statistics to ensure the balance is adequate for each team. This will enable all team members to progress through the ranks of their team, giving both men and women equality of opportunity.”

”Society needs to look at bottom up as much as top down. Parity starts in younger years, in the way we help to shape and support children’s dreams. As it carries into the workplace, parity as a norm from the outset should be built into the cultural approach – for the 18-year old intern, the 21-year old grad and the 35-year old manager.

What I would like to think though is that within the digital marketing sector there is a definite shift towards greater equality. I’m proud that the digital industry is making more than just noise – look at Lean In, founded by Sheryl Sandberg. Women are talking and supporting each other. But we need to break down the walls within which we’re talking. We need to encourage more leaders – all leaders – to participate in the wider discussion, to facilitate the value of parity of role over parity of voice.

At Found, we adopt an approach where we hire people for roles, with the right skills, qualifications and work ethic, irrespective of gender. We also regularly monitor salaries against role responsibility (with checkpoint against gender) and I’m pleased to say that whilst we have a slight weighting towards more men in the agency (55%), salaries at the varying job levels are not distinguishable in any way by gender.

As an industry leading by example, I’d like to see the industry come together and truly lead the equality revolution.”

equal pay dayequalitywomen in the workplace 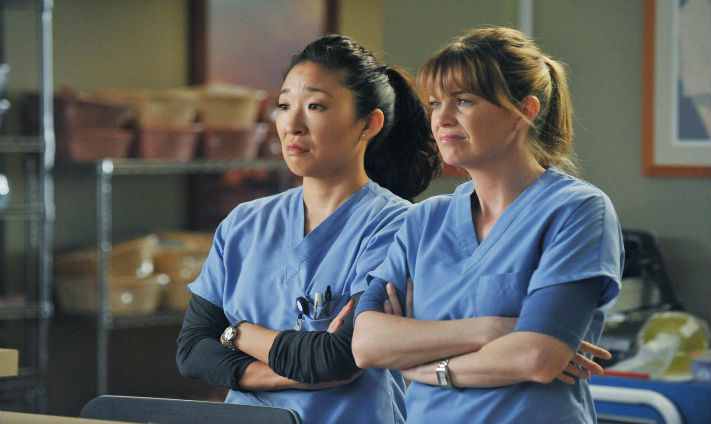 8 Signs Your Work Bestie is Your Number 1

8 Signs Your Work Bestie is Your Number 1