By Alice MurrayFebruary 7, 2018For Talent

They say a dog is a man’s best friend, so why are so many people against having workplace pooches?

As startups and huge corporations battle it out for the best talent, companies are having to come up with innovative perks to help them stand out from the crowd. Pool tables, beer on tap and dog-friendly offices are some of the top contenders.

But according to a new survey by YouGov Omnibus not everyone is so enthusiastic about having a furry friend accompany them to work.

Yes, believe it or not, more than a quarter (28%) of survey respondents said they do not encourage dogs in the workplace while an equal amount of people (28%) said they were ambivalent to the idea.

Come on guys! How could you say no to that little face?

The study found that the Northeast is the only region more likely to encourage (33%) dogs in the workplace than discourage it (31%). Americans living in the South (39%), Midwest (35%), and West (32%) were more likely to discourage the practice.

Interestingly, women are more likely than men to enjoy having dogs in the workplace (31% vs. 25%).

Nearly a third (32%) of people between the ages of 18 and 24, encouraged dogs in the office. Older millennials (25 to 34) are divided on the issue with just as many saying they encourage (31%) the practice as they discourage it (31%). The study also found that older workers are less likely to enjoy dogs in the workplace (26% of over 55s).

This is despite the fact that research has shown that working with animals can increase productivity and boost staff morale. 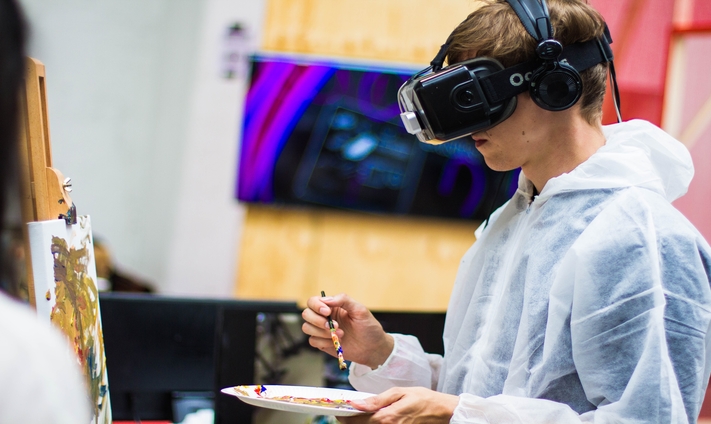