They say the road to success is never smooth and that certainly is the case for iRadio’s CEO Mark Cunning.

Mark is the first to admit that his career journey has been more of a happy accident than a well-thought-out trajectory.

‘’There’s a theme here” he explains. ”If anything has happened in my life it has happened completely by accident. I hope to accidentally win the lottery at some stage as well.’’

But while he didn’t have a plan for his life set in stone he had what many people lack, an exceptional work ethic and a passion for his career.

We caught up with Mark to find out more about his journey to success and some of the lessons that he learned along the way.

While he was at school Mark enjoyed creative subjects like theatre and media studies. However, he struggled with more traditional subjects due to dyslexia.

‘’I wasn’t fantastic at academia. I suffered from slight dyslexia when I was younger. It’s something that I have had to overcome since. I was diagnosed when I was 10 or 11 years old. The irony is that now I spend most of my time working with Excel spreadsheets because at school I was a math teacher’s nightmare.’’

But a chance encounter on a local radio station led him down a different path.

‘’When I was 17 I started recording songs. I got a bit of airplay on the local radio station. They brought me in for an interview. They took me on as a presenter because they liked the way I sounded in the interview. That  was 18 years ago on the 18th of March.’’ 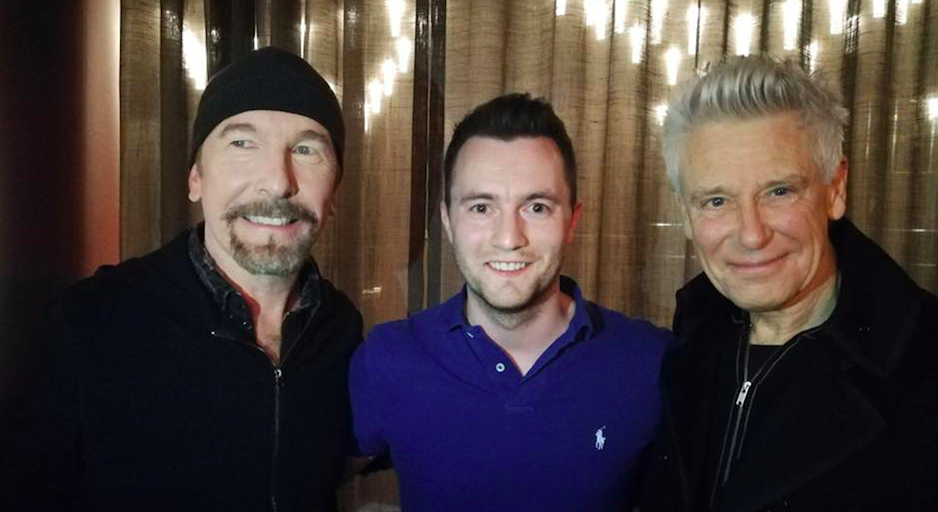 Mark with members of U2

Mark was accepted to study English literature at college in Glasgow with the view to becoming a teacher. He decided to take a year out to ”do the radio thing” and get it out of his system but in reality, it just made him more passionate about a career in media.

‘’On the last day of my final A Level exam I did my first full-time radio gig and the rest is history. I dabbled in college at one stage for a few months but the lure of doing a job that I loved was just too much. I was getting offered too much work at that time. I couldn’t balance them both. My degree is from the university of experience.’’

Always show your worth

Throughout his early years at Q Radio and Cool FM Mark learned many important lessons, the biggest being that you need to work hard to get ahead.

”When I first went into Q Radio at 17, I was a worker. I was making tea for people, I was stapling playlists together, I was tidying the garage, I was setting up for outside events. The reason I was there was because I wanted to be on air but I wasn’t naive enough to think that they were going to just turn around and put me on air, I had to prove my worth.’’

‘’That’s one thing that I look for in iRadio when somebody comes in, the work ethic. It doesn’t matter what they come in to do. It’s about rolling up the sleeves and getting dirty.”

Learn from your mistakes

Like all young DJs, Mark made plenty of mistakes during his first couple of years on the air. However, he used these mistakes as learning opportunities.

‘’The only way that you learn is by making mistakes and learning from them. Nobody put a radio station off the air as much as I did during my first few weeks. You have to mess up on a grand scale in order to never do it again.’’

No matter how badly you mess up, Mark believes that you need to remember that it is not the end of the world.

‘’The sun comes up every morning no matter how bad it is in that moment. You might want to ground to open and make you disappear but what doesn’t kill you makes you stronger. You’re a better person from those mistakes and the learnings that you get from them.’’ 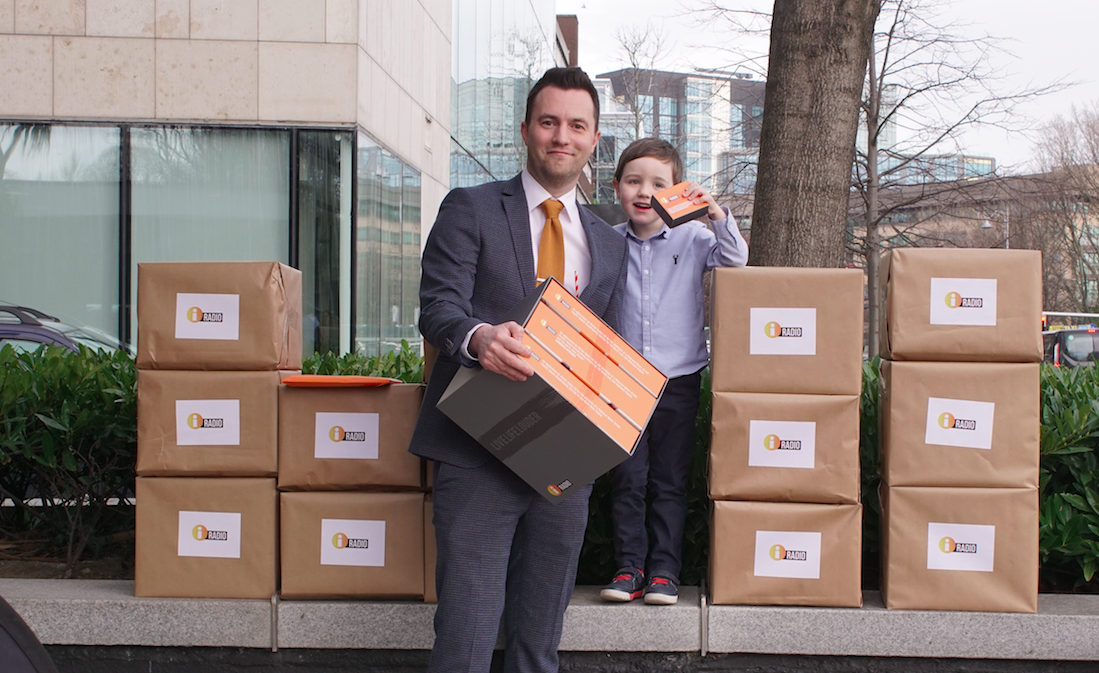 Mark with his son Charlie

A big lesson that Mark has learned during his career is to not be afraid of taking risks. While he was working at Cool Fm he heard about a brand new and exciting station, iRadio. He decided to jump into the unknown and leave his secure job for a brand new station.

‘’It was a huge risk but at the time I didn’t see it that way. I just saw it as the next step. I had enough confidence in myself that if it didn’t work out, it wasn’t going to be the end of the world. I was still young, there were plenty of other things that I could do or plenty of other radio stations that I could talk to but it just seemed like this new, exciting shiny thing and there was no way that I wasn’t going to be a part of it.’’

Don’t be afraid to progress

As Mark moved through his career at iRadio he began to realise that he wanted to move into a more managerial role. He decided it was time to take a step back from presenting duties and try something new.

”The further I progressed in radio the more I realised that I was really interested in how things happened behind the scenes. I also found myself working with other presenters quite a bit. It took me quite a few years to realise it but at one stage it popped into my head that I was probably better at telling people how I thought it should be rather than doing it myself.’’ 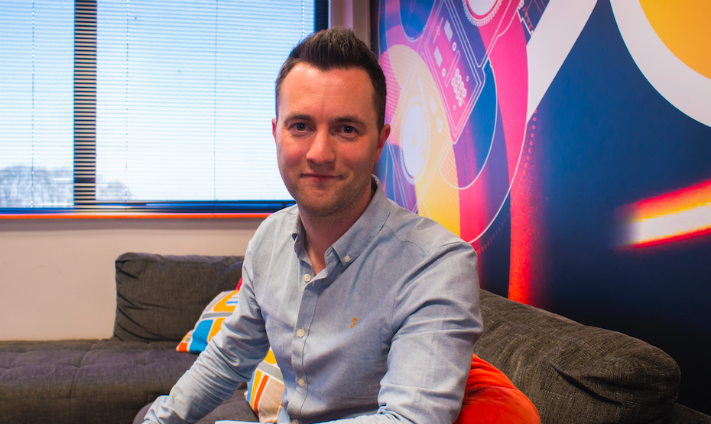 Now in his current role as CEO, Mark’s biggest challenge is managing his time and trying to achieve a comfortable work-life balance.

‘’Delegation has been one of the toughest tasks. It’s hard to step back instead of jumping in and trying to fix everything myself.”

‘’I have two kids and that has been the biggest learning. There was this lightbulb moment when I realised I can’t do everything, I need to step back and realise that sometimes my way isn’t the best way and it doesn’t always have to be me. That’s been a revelation in the last 12-18 months.”

Looking back on his career, Mark has no glaring regrets. He’s proud of what he has achieved and rightly so.

‘’If you went back and showed 18-year-old me what 35-year-old me is currently doing I think he would be delighted so with that in mind, I wouldn’t change anything for fear that I wouldn’t end up where I am today. There are decisions that I regret, there are opportunities that I didn’t take but if I had it may not have led me here.’’ 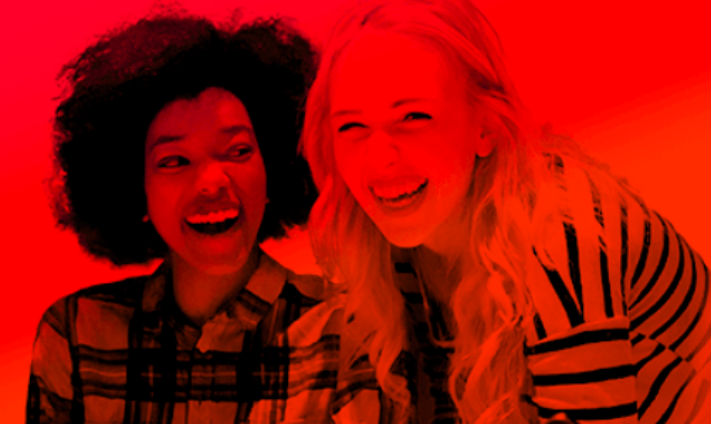 The Work Happy 100 Shortlist Has Been Announced

The Work Happy 100 Shortlist Has Been Announced