Pride 2022: The Best LGBTQ+ Friendly Companies To Work For

By Kirstie McDermottJune 20, 2022For Talent

With the recent news that the Sydney Morning Herald newspaper planned to out Hollywood actress Rebel Wilson, and Wilson’s subsequent move to take back control of her own narrative by making the announcement herself, there were significant parallels to a similar incident in 1999. Back then, a UK tabloid was rumored to be preparing to out Stephen Gately of boyband Boyzone. Gately was compelled to publicly disclose his sexuality following reports that the story would break.

If you’re wondering how time seems to be standing still when it comes to LGBTQ+ rights, it seems timely to underscore that Pride, was and still is, ultimately a protest and a show of solidarity. Each year, Pride Month takes place in the US during the month of June, and here in Ireland, where Jobbio has its HQ, the Dublin Pride Festival takes place between June 22nd-28th with the Dublin Pride March and Parade taking place on Saturday, June 25th. 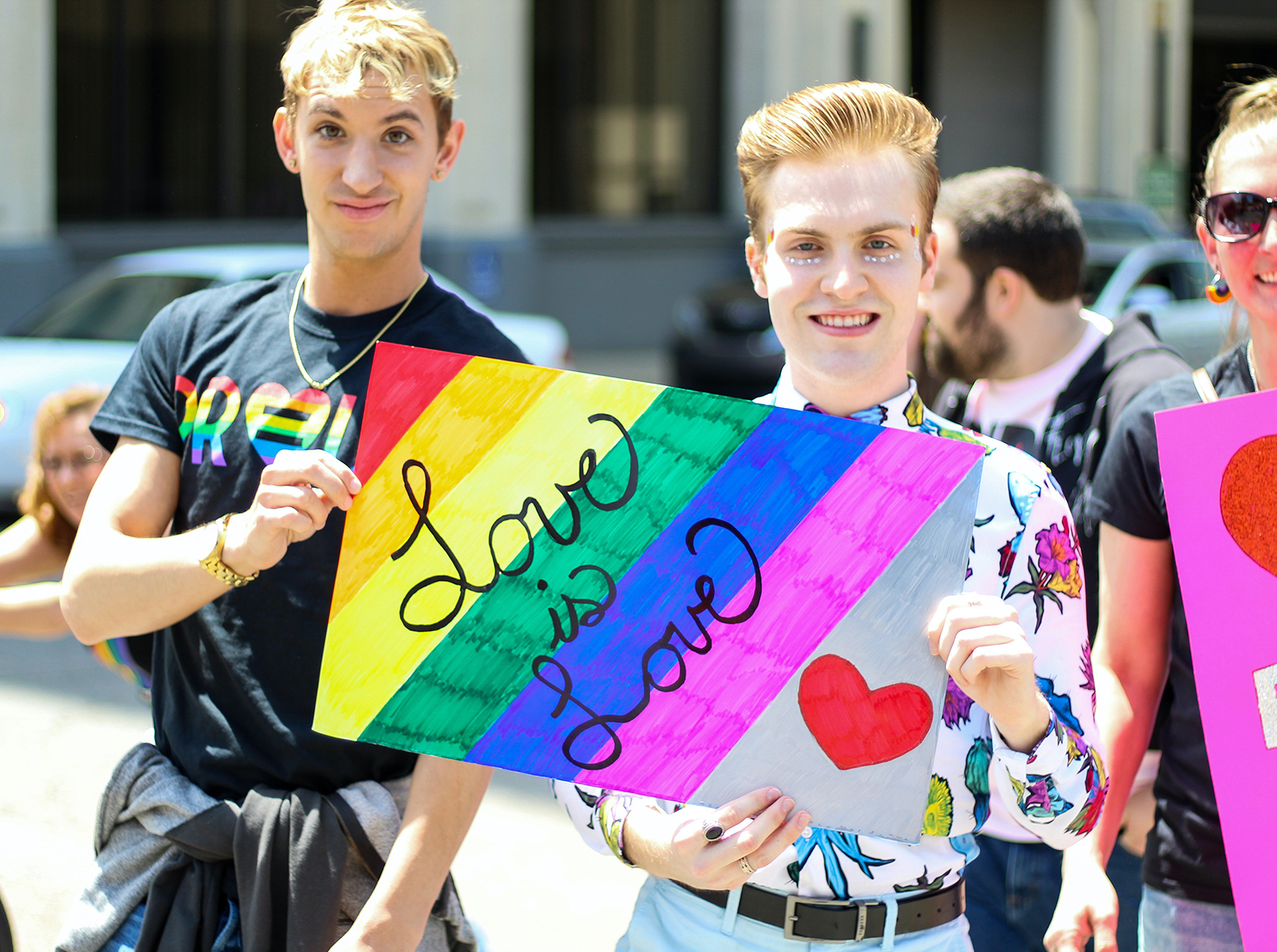 Pride has often been co-opted in recent years by brands and businesses as an easy way to show allegiance, and in some cases, to virtue signal. It can often seem like barely more than a lazy logo change and job done: but where is the greater, ongoing commitment to diversity and inclusion, solidarity or support?

While Ireland was the first country in the world to legalise same sex marriage by popular vote in 2015, it is abundantly clear that more needs to be done: in May, a lesbian couple was violently assaulted in Dublin in what was said be a homophobic attack and in April, a young gay man was also attacked in the city centre. 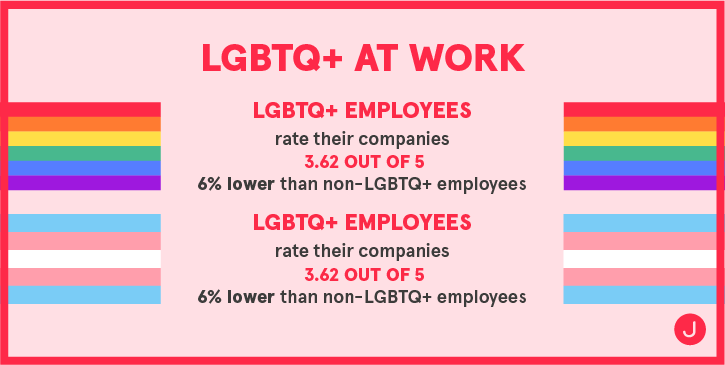 This year, it’s clear that Pride is more important than ever, and lip service is not going to be welcome from brands. As a company connecting great talent with great jobs, Jobbio wants to highlight the companies which are actually talking the talk when it comes to diversity and inclusion initiatives for those in the LGBTQ+ community. 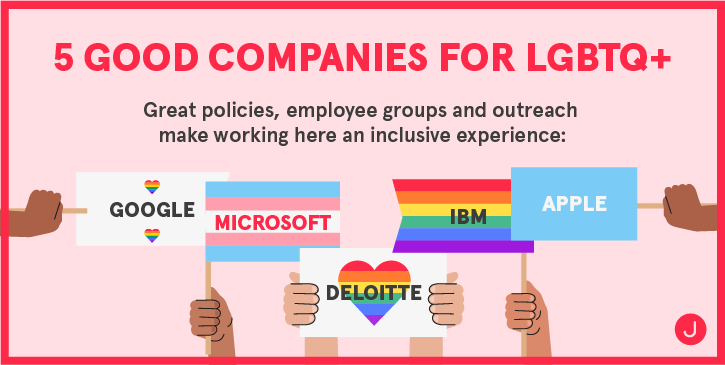 Here are five companies those in the LGBTQ+ community could consider applying to work at.

The company supports its LGBTQ+ employees and business partners in a variety of ways. Through its Google.org grants programme it has given over $12m to 90-plus organizations around the world that are making a difference between the years of 2019 to 2021. Pride at Google is the name of its internal resource group, which represents LGBTQ+ employees at the company.

“Supporting LGBTQ+ communities has been a priority from the earliest days of Google, from our pioneering healthcare policies to our early Pride celebrations. We continue to build on that legacy everyday by prioritising intersectional LGBTQ+ advocacy across all our platforms,” says Juan Rajlin, who is the Treasurer, Google, and co-executive sponsor of the Pride at Google employee resource group.

In 1993, Microsoft became the first Fortune 500 company to provide same-sex domestic partnership benefits, and it was one of the first companies to include sexual orientation in its corporate non-discrimination policy.

The company also has a strong advocacy group in the form of Gay and Lesbian Employees at Microsoft (GLEAM – including transgender, queer, and bisexual employees, and their allies). Founded in 1993 with 12 employees, these days GLEAM has a global reach, with 2,000 members across 40 chapters in 36 countries.

Deloitte offers its LGBT+ colleagues a number of support methods. One of these is StandOUT, a LGBTQ+ and allies network which operates globally. Through the network, it creates initiatives to support its overall goal of creating an inclusive environment where all its people feel respected, valued and included. The company, which has a global footprint, also has more than 30 local employee resource groups across Europe, Africa, the Americas and the Asia Pacific regions.

The company has honed in on the idea of allyship as a critical part of its strategy. As a result it has created a host of resources, including digital learning and guides, to support its LGBTQ+ and allies networks, as well as people across the organisation. These cover topics such as microaggressions, LGBTQ+ and transgender inclusion, and how to have respectful and inclusive conversations on LGBTQ+ concerns.

IBM says it is committed to provide a safe and welcoming environment to Lesbian, Gay, Bisexual, Transgender and non-binary individuals. In 2001 it created a business development team focused on the LGBTQ+ community. It began in the US and is now global, partnering with IBM business units in 42 markets, providing thought leadership and best practices gained through decades of experience in key HR and inclusion topics.

The aim is to attract, develop, and retain diverse talent for IBM – as well as implement LGBTQ+ inclusive benefits – and the company also delivers LGBTQ+ inclusion eLearning to its clients to help them to be better allies too.

The company is doing the work: More than half of its board of directors identify as women and / or members of Asian, Black, Hispanic/Latinx, LGBTQ+, and Veterans communities. And women hold half of its board and committee leadership positions.

In 2014, Tim Cook, Apple’s CEO, became the first chief executive of a Fortune 500 company to publicly come out as gay, and the company has been using its resources to lobby against anti-LGBTQ+ legislation proliferating across the United States, opposing legislation that limits protections for trans and gay people or their families in Iowa, Florida, Texas and at least six other states.

For more open roles across hundreds of companies, visit our Job Board 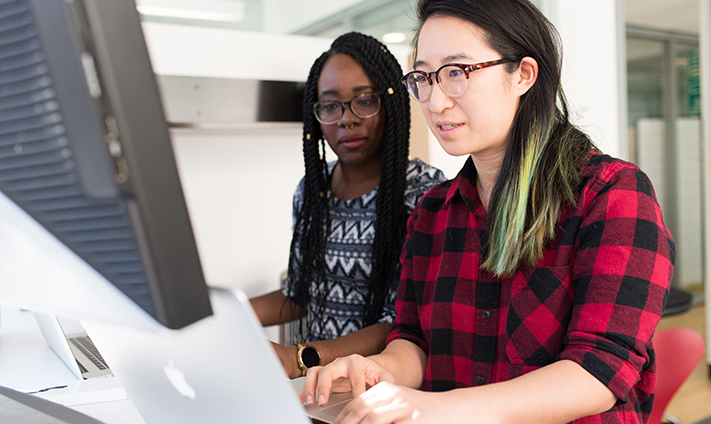 How remote is changing work and diversity & inclusion

How remote is changing work and diversity & inclusion