Here are the Best Bits from StartUp Open House

By Alice MurrayOctober 2, 2017For Companies, For Talent

We still haven’t quite recovered from last week. Not only did we hold our amazing Jobbio HIGHER careers event, we also took part in Canada’s biggest startup event, Startup Open House (SOH).

For those of you that don’t know, SOH is a fantastic evening where startups all around Canada open their doors to tell their story, engage with other companies and network with potential candidates.

This year SOH took place in Vancouver, Toronto, and Montréal.

Here are just some of the exciting things that happened.

Canada’s biggest city did not disappoint as hundreds of people turned out to take part in SOH. With so many participating companies to choose from, all attendees were completely spoilt for choice.

Highlights on the night included Skrumble who had their very own TBT ’90s party with plenty of Britney tunes to keep the fans happy.  QuickTapSurvey also won everyone over with their friendly staff and an amazing photo booth. What’s not to like?

After all the open houses were complete there was a post-SOH party in Shopify’s snazzy Toronto offices.

The Toronto team had an incredible time! Thank you to everyone who came out tonight. Thank you @shopify for hosting the after party!✨???????? Big ❤️ for our volunteers! #SOH2017 #SOHTO2017 pic.twitter.com/7xrUh4J3qV

The Vancouver SOH also drew a massive crowd with people travelling huge distances to make it there on the night. Thankfully they weren’t disappointed as there were lots of amazing startups on hand ready to share their stories and find their next hire.

Binarieslid held fantastic demos showing off their incredible HoloLens innovations which blew everyone away while Brightspark Ventures and Upside Foundation both made presentations to packed rooms.

It started!! #binariesLid is ready to meet you all. Come join us at #Dokstation for the #Open Startup House. pic.twitter.com/uzcUAtU7Fo

We may have saved the best until last. Montréal really knocked it out of the park with their SOH celebrations. We were truly blown away by the amazing companies and talent that showed up on the night.

Our squad of Jobbions were busy taking part in the amazing ”Pitch, Please!” event.

What is ”Pitch, Please!” we hear you ask? Well, we invited lots of startup entrepreneurs to write a 60-second pitch on their companies and available roles.

Each entrepreneur then had to deliver their pitch to a room full of potential candidates in the hope of winning the best talent on the night. Don’t worry, we also gave them free unlimited jobs posting on Jobbio to help them to attract even more amazing employees after the event.

All in all, SOH was a roaring success. We’re already counting down the days until next year.

You can find out more about Startup Open House here. 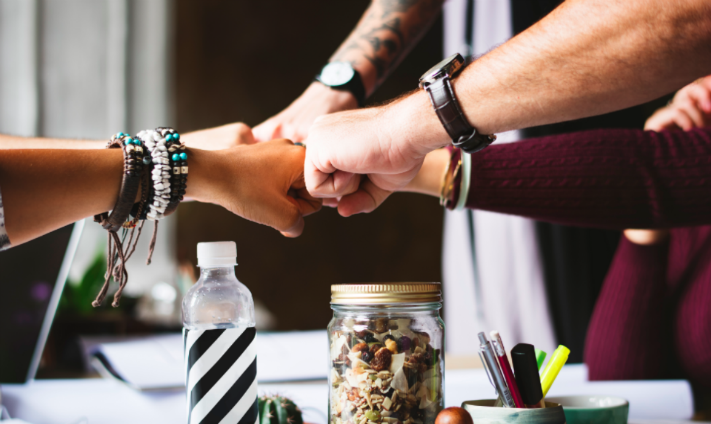